Military Photo of the Day: Holding to Faith After the Storm The family celebrations are over. The guests are gone, and we are getting back to the daily routines of life. Among Catholics celebrating Christmas or Easter with family, a fair number share it with former Catholics each year. Apparently, it now is more the norm than the exception for a Catholic family to include one or more former Catholics. How has this happened, and how can we turn the tide?

Former Catholics–Where Did They Go?

Pick just about any Catholic family you know, and ask them if someone in their family has left the Church. In the majority of the cases, the answer will be in the affirmative. For example, adult children have left the Catholic faith to go over to the faith of their spouses or friends. Someone who once practiced as a Catholic may now see themselves as a mainline Protestant or an evangelical Christian.

In some cases, former Catholics may not be practicing any faith at all, but may tell you that they are “spiritual,” albeit not “religious.” Others may be agnostic or even see themselves as atheists. There are any number of different “options” these former Catholics have considered in lieu of the faith of their family. It is all further complicated by the secularized culture, which sees Catholicism and other forms of Christianity as mere options available among so many others with respect to believing or not believing.

In its report on a research project done in collaboration with The Center for Applied Research in the Apostolate, St. Mary’s Press identified key findings regarding Millennials who are former Catholics. Admittedly, this study covered just the one generation, but I believe that many of the findings have broader applicability to other generations as well.

For example the report identifies a variety of factors that explain why so many of the younger people now consider themselves former Catholics, with reasons such as the following. They:

The Chickens Have Come Home to Roost

Take a look at the first five factors in the above list. Doesn’t it seem obvious that poor catechesis plays a huge role in all of this? As a friend of mine, a retired attorney and a wonderful man of faith would say, “the chickens have come home to roost.” Indeed, the fruits of catechesis of several generations, from the Baby Boomers up through the Gen X,  and Gen Y (Millennials), are not particularly pleasing. If parents can’t adequately explain their faith–if they’re only going through the motions–why should we expect anything more from the children? The sad and shameful truth of what we’re seeing is that we, collectively, have failed to impart our faith to millions of potential believers.

We’ve taken a passive role and left it up to someone else to handle it. In what may be a best case scenario, parents have left it up to the Catechism teachers. The pastor may have left it up to the parishioners. The bishops have left it up to the parishes while they opined on “big picture” matters. I say that the parents leaving catechesis up to the teachers is perhaps the best case because many parents don’t even consider getting their children into religious education. The teachers and the pastors rightly expect that the parents will be the first source of family faith development, or at least key collaborators. Yet, listen for the wailing and gnashing of teeth if any pastor suggests that parents attend class with the kids. The bottom line is that there is more than enough blame to go around. What can be done going forward?

Why Would Anyone Want to Leave?

Many Catholics, through their pursuit of the one, true faith, have “read” their way into the faith. They learned that the Catholic Church is the Church that Jesus founded. It is the Church of the Apostles and the first and second century Christians. They learned that one thing the Catholic Church has, which no one else lays legitimate claim to, is the Real Presence of Jesus Christ. In the Church created by Jesus, He gives us Himself in the Holy Eucharist, not as a symbol but as His Body and Blood, Soul and Divinity. Jesus comes to us humbly in the form of a wafer, in all His Divinity, to unite us with Him. Isn’t that worth more than anything that other faiths, the world, the devil or flesh promise us? If we were doing a good job of getting this message across, we’d see far fewer “former” Catholics.

To stem the tide of self-identified “nones” and “former Catholics,” we need to take action. What do we do to show evidence of our faith? We parents, grandparents, aunts and uncles need to live our faith in a way that shows it matters. Showing love, patience and kindness is pretty simple, but it really sets the tone. We each need to learn more about the faith as well. With today’s rich, faithful resources, there’s no excuse for ignorance of the faith. Just consider all that is available through Catholic media outlets such as EWTN, Catholic Answers, the Avila Institute and theAugustine Institute.  As well, we each need to do what we can to support our parish catechism efforts–for youths and for adults–whether through time or financial resources. Now, more than ever, we need to each make a difference in every way we can.

If someone left the Church because of the perceived “freedom” it gave them upon leaving, preaching to them about it at holiday meals is not a high probability response. Think about it: the euphemism of “freedom from…” really means that they can pick and choose how they want to live, rather than following something prescribed. Often they believe that the Church is responsible for the rules they’re now “free from.” Yet, if they understood Scripture, they’d understand better why the “rules” they’ve jettisoned were given to us by God, in Sacred Scripture, through the Church.

No sense drawing a line in the sand around the dinner table over these issues. We need to show our faith in the way we behave. Do we pray before and after meals? Do we find a Mass to attend in their community if we’re visiting them, and invite them along, without pressure? If they’re visiting us, do we maintain our Mass schedule and invite them along as well, and again, with no pressure? Evangelizing through our words and deeds is powerful testimony to our faith. Of course, having a respectful, charitable discussion over matters of faith is great if they open up the door for you.

Having a copy of one or more of the following short but insightful books on the coffee table or end table may generate fruit sometime in the future as well:

Wait for the Lord, Take Courage

Some who are reading this may be asking, “Why?” That is, “Why have our fallen away family members left the Church? We tried to provide them with a good example in the way we lived. Not only that, but we made sure they received a solid education in the faith. We prayed with them. Any time they had a question about the faith, we found the answers for them. Yet they still slipped away. Why?”

Dr. Ray Guarendi, the Catholic psychologist and talk show host, provides us with food for thought in this matter. When he discusses this topic, he suggests that Jesus is God, and yet, not everyone followed His lead when He walked the earth. Therefore, why would we parents, siblings, aunts or uncles, who are merely human beings, think that we’d have any better rates of success?

All that being said, never underestimate the power of prayer. “Pray without ceasing,” as St. Paul exhorts us (1 Thes 5:17). It really works–God’s time is not our time, so we may not see any movement while we’re praying–but He hears our prayers. He loves our fallen away family members even more than we do. He wants what’s best for them even more than we do. My late mother and grandmother prayed untold Rosaries for my wife and me, and had many, many novenas and Masses celebrated for us over the years. The graces they obtained for us through all their prayers have made a huge difference in our lives. And remember that Our Lady wants to bring souls to Jesus. Pray to her for her intercession.

To succeed in your intentions, entrust yourselves to the Blessed Virgin Mary always, but especially in moments of difficulty… – Pope St. John Paul II

Prayer works. It will work for you and your loved ones…”take courage; be stouthearted...” 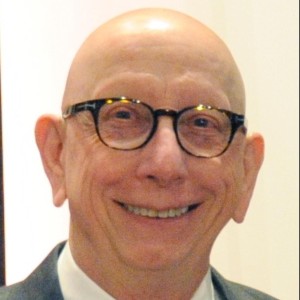 Dom is a Benedictine-educated cradle Catholic, a revert to the faith, and is an Oblate of St. Benedict. In addition to consulting to management in the CPA profession and elsewhere, he and his wife of 40+ years attempt to live according to the three pillars of Church authority–Scripture, Tradition and the Magisterium. They are both active at their parish where he is an Instituted Acolyte and a 4th Degree Knight of Columbus.