“His appointment is a cover for that other more effective appointment — of Cardinal Sandri — which has been prepared ad hoc to pilot the next conclave . . .” —Archbishop Carlo Maria Viganò in a new letter released today entitled “The Faithful Have a Right to Know”

“I have a long-standing friendship with Cardinal Sandri . . . (but) the faithful have a right to know these sordid intrigues of a corrupt court.” —Archbishop Viganò

Viganò on Next Conclave

Once again Archbishop Carlo Maria Viganò has issued an extremely important open letter which reveals intrigues in the Vatican to control and determine the next papal conclave.

Someone has persuaded Pope Francis to place the next papal election in the hands of a man who was, according to Viganò, complicit in the cover-up of the horrible crimes of Father Marcial Maciel, the disgraced founder of the Legionaries of Christ, who died in 2008. 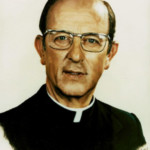 A middle-aged Father Maciel, he founded the Legionaries of Christ in the 1950s and they became a bulwark for the Church in Mexico, so both the Vatican and the U.S. government had an interest in supporting his initiatives. The most powerful Vatican cardinal during the last 15 years of Pope John Paul’s pontificate, Cardinal Angelo Sodano, now 92. Sodano has just been removed by Francis as the Dean of the College of Cardinals. Cardinal Re, 86, has replaced him as Dean. Cardinal Sandri, 76, is the Vice Dean.

Note: If you would like to become a sponsor of these letters, which would be very helpful in these interesting times, please click here. A monthly donation, even if very small, is very much appreciated. With your support, I will try to write more of these letters and, at least for Lent, give up an hour or two of sleep each night in order to write. –RM

Viganò goes behind the scenes to reveal from his own personal experience that his old friend, Cardinal Leonardo Sandri, 76, recently named by Pope Francis the Vice Dean of the College of Cardinals, played a central role in the Vatican’s multi-year protection of Maciel despite numerous credible accusations of sexual abuse made against him by many seminarians.

Once again we owe a debt of gratitude to Archbishop Viganò for taking the difficult decision to defend the Church and the most innocent members of the Church from “business as usual,” which has in so many cases, unfortunately, meant the cover-up by “the old boys’ network” of terrible, soul-destroying crimes. ….eaking media, recently and in past years.

Archbishop Viganò notes his “long-standing friendship” with Cardinal Sandri that dates back 50 years to their shared time in the Pontifical Ecclesiastic Academy (a training academy for Vatican diplomats) and the Secretariat of State. He also affirms that his new testimony is inspired “solely” by the bond of that friendship and is offered “for the good of his soul, for the love of the Truth who is Christ Himself, and for the Church, His Bride, whom we served together.”  ….