As pro-life leaders look forward to the March for Life, many are evaluating the past year’s victories and defeats. Significant advances have come generally in the states rather than at the federal level.

Shawn Carney, president of faith-based nonprofit 40 Days for Life, believes there’s a greater force at work than lobbying or party priorities. In 2018, the group’s grassroots prayer vigils in front of abortion centers drew their largest-ever turnout — along with rancorous protests. Now he connects that prayerful public presence to pro-life victories.

“There’s a direct correlation,” says Carney. “During every 40 Days for Life campaign, we’ll have over 200,000 people participate. For about 30 percent of them, it’s the first pro-life activity they’ve ever done. At the end of those forty days, then they go and get involved in legislation or with a local pregnancy resource center. It’s a gateway for people to do more in the pro-life movement.”

With his new book The Beginning of the End of Abortion just released, Carney spoke in a phone interview on 40 Days’ mission, pro-choice critics, and what he sees as “healthy conflict” among believers.

When People of Faith Take A Stand

What strategy does 40 Days for Life have to fulfill its mission of “ending abortion”? 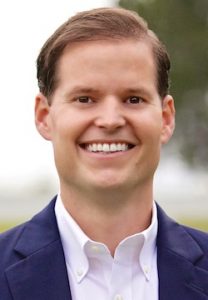 Shawn Carney: We use our freedom of speech. We go to abortion centers out of love of God and country. Until America ceases to be America — which means no free speech or assembly rights to go out locally, where it happens — then 40 Days for Life is going to continue to thrive.

Some people say, I don’t think we need to go out and pray in front of these abortion facilities. If you have a relative going in for an abortion, trust me, you don’t want people only praying at home. You want these wonderful Christians who are going out there in sleet, snow, and heat to speak sense into your relative. Just this past fall, we saw a grandchild saved of one of those participating in a local vigil.

The pro-life movement is larger and younger than ever. We had huge growth during the years of Barack Obama, the most pro-abortion president ever. And we’ve grown during Donald Trump’s presidency, who is a pro-life president.

Our culture has the data to reject abortion now, which is exactly what is happening. Even the abortion industry knows it, as I chronicle in the book.

The abortion industry is in a mode of panic, and it’s an exciting time to be pro-life in America.

The president of NARAL Nancy Keenan resigned in 2012 after she saw firsthand the March for Life. She was in D.C. and couldn’t believe how many young people there were. She said, essentially, Nobody young is motivated to go out in the streets for reproductive rights anymore.

She’s dead-on right. The abortion industry is in a mode of panic, and it’s an exciting time to be pro-life in America.

What percentage of campaign participants are Catholic versus evangelical or Protestant?

Carney: It is about 80 percent Catholic in participants, and 20 percent evangelical Protestants. This year, we had more evangelicals take part in 40 Days for Life than ever before after greater outreach to those circles. Coverage of the new book has helped, as Governor Mike Huckabee, Ruth Graham, and Eric Metaxas endorsed it. We get a lot of support from Focus on the Family.

I truly believe the pro-life movement is the only real ecumenical movement in America. As a Catholic, it has been humbling and wonderful to see so many of our evangelical and Protestant brethren lock arms in the pro-life movement. The abortion industry has certainly taken note of this. It should give us great joy.

“The Baptists are upset their fellow Baptists have not come to pray, and same with the Lutherans. It’s like family, where you challenge your own.”

Having been to 450 of our vigil locations over the years, there’s a healthy dynamic we see. Sometimes I’ve been the only Catholic there, and sometimes you would not see an evangelical or Protestant around. It depends on where you are and who the leader is.

If the Catholics are upset, it’s because there are not more Catholics. The Baptists are upset their fellow Baptists have not come to pray, and same with the Lutherans. Their complaint isn’t that there’s too many of “them,” it’s that there are not enough of “us.” It’s like family, where you challenge your own.

How do you respond to those who see the end of abortion as a negative possibility that they say puts women’s lives at risk?

Carney: They’re completely out of touch. Sometimes we give those people too much credibility. There were people that thought America would end if we didn’t have slaves. They would say: I don’t own a plantation, and I would never own slaves. But we’ve got to have cotton and corn. If the economy will crash without it, then I want slavery.

It’s the same thing, like there’s this “cliff” coming if we get rid of abortion. Imagine that. They have to deny science and say, Unless we continue to kill our own children, America will not have a future. Such a statement is ridiculous and should not be given any credibility. 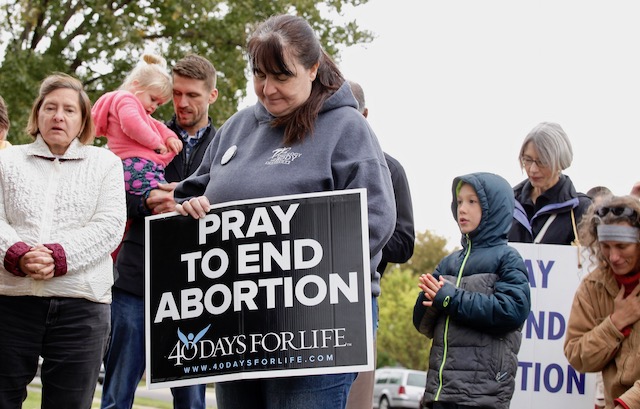 Believers of many generations pray together at a 40 Days for Life vigil. The nonprofit group reports that volunteers in 415 cities participated during their latest campaign this past fall. (Photo: 40 Days for Life)

Unified in Faith and Action

As the approach taken by 40 Days for Life differs from others, have you encountered pushback from fellow pro-life groups?

Carney: If it’s done in sincerity, prayer is the one thing that unites. Every group has their own role in the goal of ending abortion. We’ve definitely seen 40 Days for Life unite pro-life groups through prayer, whether it’s people who knock on doors, state legislators, or pregnancy care leaders. Prayer is the one thing we can all agree on.

Our approach has always been to treat this with the utmost seriousness. There are over 700 abortion facilities operating in this country — around the corner from schools and churches. Abortion is a local issue, and that’s where opposition has the most impact.

At 40 Days for Life, our response to this injustice is civil, prayerful, and direct. Under the radar, the pro-life movement has been growing at the grassroots level. It’s not only our presence. Having local crisis pregnancy centers to send women to has also devastated the abortion industry.

The loss of life on this scale is very serious and we should treat it as such. We have to do what works and what we can get other people to do because we can’t do this alone. That’s why it’s based on prayer and fasting.

Learn more about 40 Days for Life and Shawn Carney’s new book The Beginning of the End of Abortion. Explore The Stream’s coverage of human life issues, and sign up to receive top stories every week.