Leading U.S. Catholic bishops have joined the media mob that’s going after the Trump administration. The charge? That the U.S. is separating children from their parents at the border. On the face of it, that sounds terrible. We’re pro-family, aren’t we?

That’s about the level of complexity most stories on this subject ever attain. Family good, Trump bad. Bishops who fall weirdly silent when their local Catholic senator or congressman votes pro-abortion are trumpeting condemnations. Cardinal Dolan just slammed Attorney General Jeff Sessions for imposing an “unjust law” which no Christian should obey.

The head of the U.S. bishops conference, Abp. DiNardo, is even pondering “canonical penalties” (excommunication?) for the ICE and Border Patrol agents on the front line who enforce government policy. Will these blue-collar Americans who face danger every day keeping human-trafficking under control be denied Catholic sacraments? 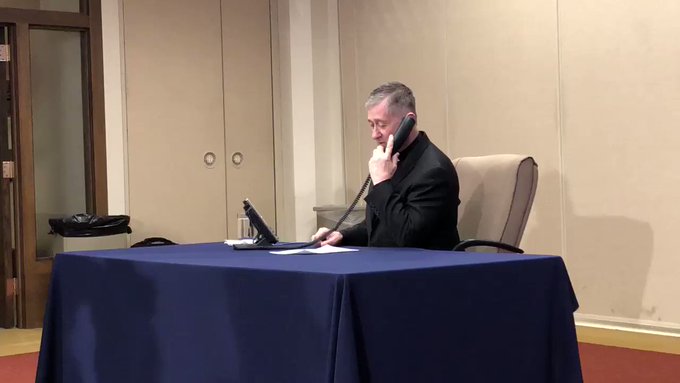 We see many situations where most people recognize that we need to separate children temporarily from their parents:

Does anyone damn the president every time he orders soldiers to combat zones, far from their children? Or child protective services when they temporarily hold a child? Or our courts for justly imprisoning parents?

Yet in the current immigration situation, consider what our law enforcement professionals must deal with:

The Dilemma Forced on America

[T]he Flores Consent Decree from 1997 … says that unaccompanied children can be held only 20 days. A ruling by the Ninth Circuit extended this 20-day limit to children who come as part of family units. So even if we want to hold a family unit together, we are forbidden from doing so.

The clock ticking on the time the government can hold a child will almost always run out before an asylum claim is settled. The migrant is allowed ten days to seek an attorney, and there may be continuances or other complications.

So barring a change in the law, if we stop separating kids from their families, that means letting virtually every immigrant who enters the U.S. illegally with his children go live in the U.S. indefinitely. There he will work in the underground economy, at illegal wages and in dangerous conditions. He will run down the wages of native born poor people. His labor will benefit big corporations, while local taxpayers pay the bill for his medical care at emergency rooms.

If we stop separating kids from their families, that means letting virtually every immigrant who enters the U.S. illegally with his children go live in the U.S. indefinitely.

Is that the kind of “justice” American bishops really seek? Do we really want to encourage the whole of Central America, then South America, to start the dangerous trek, complete with kids, through drug-cartel-controlled territory? Across raging rivers and impassable deserts? That’s what we’d be doing if we rewarded every survivor with free passage into our country. Since 147 million people seek admission to America, the body count will be high. Quite a price to pay for cheap grace.

Much better to embrace the “tough love” Jeff Sessions is offering. He spoke as a faithful citizen and a good Christian when he said:

If you are smuggling a child, then we will prosecute you and that child will be separated from you as required by law. If you don’t like that, then don’t smuggle children over our border.

To say anything else would turn our government into an enabler and advertiser for ruthless human traffickers.