Bishop Joseph Strickland . . .The Sacraments At The Service Of Communion And Mission 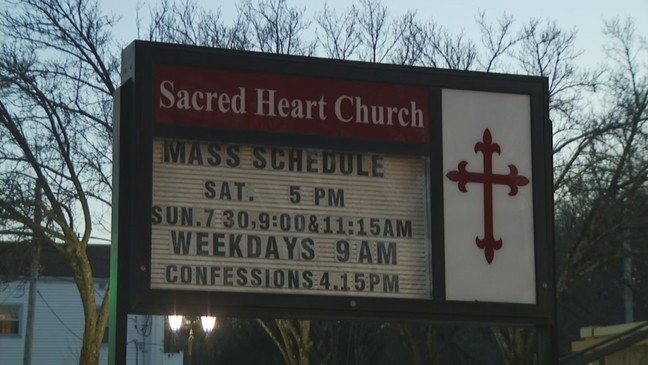 A Rhode Island priest taking a stand against the state’s new abortion law. He says lawmakers who voted for it can no longer receive Communion. (WJAR)

Just days after the 47th anniversary of the Roe v. Wade ruling, the Rev. Richard Bucci of Sacred Heart Church in West Warwick said Rhode Island lawmakers who supported the state’s abortion bill should be barred from receiving Communion.

Bucci told NBC 10 News on Monday that he placed a letter in the weekend bulletin at the end of January listing lawmakers by name, saying they should not be allowed to receive Communion, serve as godparents, witness marriages, or serve in other church functions.

He said the news is not a surprise, since the church has been taking a pro-life stance for more than 2,000 years.

“This is pro-choice, this is not pro-abortion,” said Rep. Carol Hagan McEntee, D-Narragansett.

On Monday, on Carolyn Cronin, a spokeswoman for the Roman Catholic Diocese of Providence said the church provides “detailed norms for preparation and reception” for each sacrament, but it’s “the pastor’s duty to apply them within his parish, in accord with Church law. This includes the proper reception of Holy Communion as outlined by the Code of Canon Law. Because the Church entrusts to each pastor the duty of teaching, sanctifying, and governing his parish, the daily pastoral and administrative decisions are made at the local parish level.”  ….