Beware of the ‘Woke’! by Michael Warsaw

Democrats Have Only Themselves to Blame for the Inflation Fiasco, by David Harsanyi A NOTE FROM OUR PUBLISHER: Archbishop José Gomez’s timely observations point to the intrinsic shortcomings of these contemporary ideologies that lately have become so prominent in our national discourse. 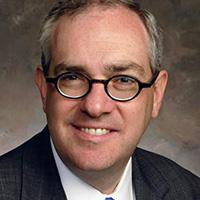 Recently, Archbishop José Gomez of Los Angeles, the president of the U.S. Conference of Catholic Bishops, offered an important set of observations about the rise of new secular ideologies and movements for social change in the United States and the implications for the Church.

It’s a critical theme to address, given how much political power the followers of these ideologies and “woke” social-justice movements have accumulated. So it’s no surprise that these same people were vocal in challenging what he had to say.

Archbishop Gomez explored this “serious, sensitive and complicated topic” in a video address to Spain’s Congress of Catholics and Public Life.

He described how these latest ideologies are situated in the context of “broad patterns of aggressive secularization,” which have given rise to an “elite leadership class … that has little interest in religion and no real attachments to the nations they live in or to local traditions or cultures.” …