Unveiling Collusion Over Another Presidential Race An inspiring 9-year-old little girl from Texas received a special message from the President yesterday. Press secretary Sarah Huckabee Sanders shared the girl’s story and prayer request with the nation.

Sophia Campa-Peters has a rare disease called MoyaMoya that causes the blood vessels in her brain to narrow and close. The condition has caused Sophia to have several strokes, which have partially paralyzed her. She’s also had several surgeries.

Sophia’s doctor told her she would not walk again. “She dismissed them,” said Sarah Huckabee Sanders in Tuesday’s briefing. “If you’re only going to talk about what I can’t do, then I don’t want to hear it,” Sanders quoted Sophia. “Just let me try.” And she succeeded. Her doctor asked her how she was able to do it. She replied, “because I’m awesome.” One of her neurosurgeons told her mom, “This little girl has God on her side.”

Sophia’s mom then realized how Sophia’s faith could impact others, said Sanders. Sophia’s mom said people needed to hear Sophia’s story so they could hear “a true testament to God’s grace and his glory revealed.”

Now Sophia is getting ready for another surgery. She’s asked for prayer from the whole world on the day of the surgery — Friday, January 26. Her dad said he asked his daughter “’if the world prayed for you, how many people would that be?’ She said, ‘about 10,000.’”

So her dad called the office of the President, Texas Governor Jim Abbott’s office and Congressman Jodey Arrington’s office.

And people have responded.

‘All Things Are Possible’

In addition to her special message from the President, Congressman Arrington said he’s been praying for her since he got the call. “What she asked from me she will get from me. And she already has. I prayed for her last night, I prayed on the plane, on the flight from D.C. to Lubbock, I prayed this morning and I will continue to.”

Arrington said we can learn from the little girl. “No one knows the fragility of life and the fleetingness of this life like Sophia,” he said. “And I will use this platform that God has given me to get this part of the world to pray for her on January [26].”

Today, Sophia, I’m here to tell you that millions of people from every corner of the world will be praying for you on January 26th, and among those will be people and all of us here at the White House, including President Trump. He told me to tell you to keep fighting, to never give up, keep inspiring us all and never, ever lose faith in God. With Him, all things are possible. 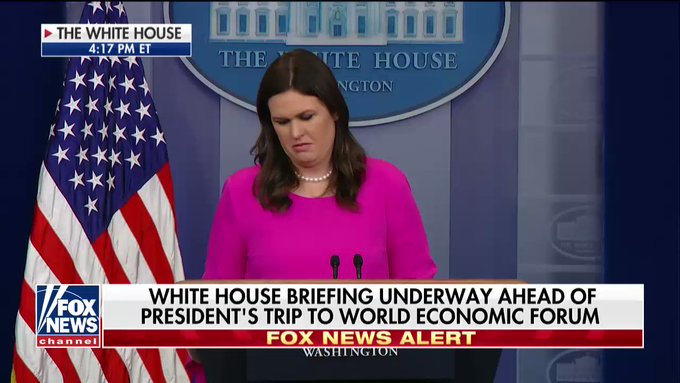 Editor’s Note: The day of Sophia’s surgery changed from January 24 to January 26 due to scheduling conflicts. Please join us in praying for Sophia this Friday as she undergoes surgery.