A Day Without the Knights of Columbus

Faith and the Sacraments: Spiritual Weapons By Vladimir Mauricio-Perez, Denver Catholic, May 3, 2018 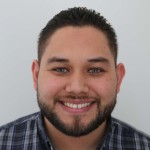 Imagine a world where a young man rolls out of bed to the street on a gray winter morning. He walks by a shop in the neighborhood and catches a glimpse of a TV through an old window, showing an image of the Pope. Yet what catches his attention is the fact that the so-called beautiful St. Peter’s Basilica behind him doesn’t really look like something to be proud of; it looks more green than white. Then he sees a Middle Eastern Christian family begging for help, saying they were alone and desperate in a city still devastated.

This young man was living in what a world without the Knights of Columbus.

The image sets a tone for the state in which the Church and many neighborhoods and families could be if the Knights of Columbus didn’t carry out the work they do. They are often the unseen force that has made God’s voice audible in the poor, widows, children, nation and Church.

It was the Knights who funded the greatest restoration of the 65,000-square-foot façade of St. Peter’s Basilica in 350 years. It was the Knights who fought until the phrase “under God” was included in the pledge of allegiance in response to the Communist threat of the time. It was them who helped dozens of priests and seminarians during the Mexican Cristero War and the Ku Klux Klan attacks in the last century.

It is them who still help thousands of priests cover the cost of formation, give winter clothes to children, help persecuted Christians, respond incredibly to natural disasters, provide top-rated insurance, save unborn children by providing free ultrasounds…

These same Knights of Columbus are still in our midst, transforming our culture through education, advancing and sustaining our parishes, giving wheelchairs to families in need, consistently serving in the Special Olympics, building homes, accompanying veterans, college students and children…

The over $1.5 billion this Catholic fraternal organization has given to charity in the past 10 years and the impressive number of services it provides are the fruits of these great men from all over the world, of these great and simple men at your parish – the same ones who enjoy grilling and sell Tootsie Rolls outside a grocery store.

They make this possible. So, next time you see a Knight, make sure you tell him, “Thank you, Sir Knight.”