Amazon’s ‘Lord of the Rings’ TV Series: Here’s Everything We Know

My Uncontrollable Sobbing While Watching Unplanned Scared My Wife After the conclusion of the Hobbit trilogies, it was uncertain if there would ever be a return to Middle-Earth on screen. Then on November 13, 2017, Amazon made a stunning announcement.

Amazon today announced it has acquired the global television rights to The Lord of the Rings, based on the celebrated fantasy novels by J.R.R. Tolkien, with a multi-season commitment. The upcoming Amazon Prime Original will be produced by Amazon Studios in cooperation with the Tolkien Estate and Trust, HarperCollins and New Line Cinema, a division of Warner Bros. Entertainment.

Since the announcement was made, there have been a variety of rumors and speculations. To help you sort through them all, here is a helpful guide to what we know about this upcoming adaptation of the world of Catholic author, J.R.R. Tolkien.

*Keep an eye on this page as it will be updated with new information as it is released.

What company is producing it?

As mentioned above, it is a collaborative project involving Amazon Studios, the Tolkien Estate and Trust, HarperCollins and New Line Cinema (a division of Warner Bros. Entertainment).

It is reported that Amazon paid $250 million for the production rights.

Who is writing the script?

Amazon announced last year that  JD Payne and Patrick McKay would be writing the initial script. Their previous writing credits include Star Trek 4 for Paramount and adapting the upcoming Jungle Cruise for Disney.

“The rich world that J.R.R. Tolkien created is filled with majesty and heart, wisdom and complexity,” the writing duo said in a statement. “We are absolutely thrilled to be partnering with Amazon to bring it to life anew. We feel like Frodo, setting out from the Shire, with a great responsibility in our care — it is the beginning of the adventure of a lifetime.”

Who is the director?

At this point (March 2019), no director has been announced. Peter Jackson has said he will NOTbe involved with the project.

What is the plot of the TV show?

In the initial statement released by Amazon, they refer to acquiring the television rights to the “Lord of the Rings.” It is believed that they will make use of the appendices of the Lord of the Ringsto create a “prequel” in the same “world” as the movies that were produced by New Line Cinema.

Most recently a Twitter and Facebook account for the TV Show has been slowly revealing clues, including a map of Middle-Earth featuring an island known as Númenor. The social media accounts also revealed that the show would take place in the “Second Age” of Tolkien’s saga.

The Lord of the Rings on Prime 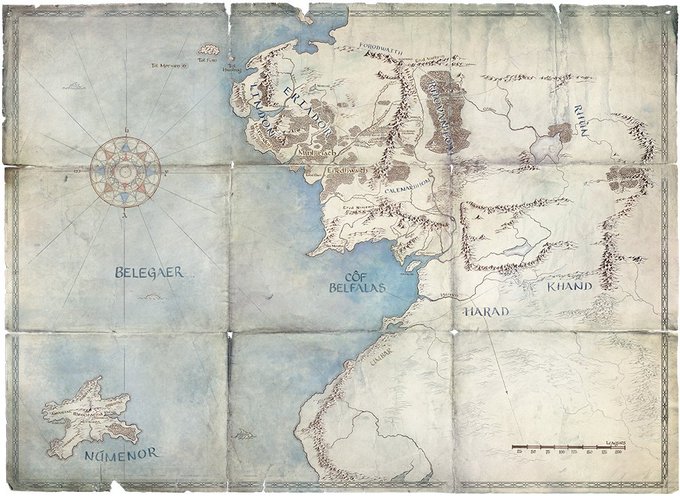 The Lord of the Rings on Prime

Welcome to the Second Age: https://amazon.com/lotronprime

The Lord of the Rings on Prime Video

3,632 people are talking about this

Portions of this time period were portrayed in the prologue that was created for the Fellowship of the Ring movie. Events that occurred in the Second Age include the forging of the One Ring by Sauron and the battle where Isildur cuts the One Ring from Sauron’s finger. It is a lengthy period in the history of Middle-Earth and features many key events.

When will it be released?

The agreement is believed to include at least five seasons, which will be available on Amazon Prime starting in 2021.

Philip Kosloski is the founder of Voyage Comics & Publishing and the writer and creator of the comic book series, Finnian and the Seven Mountains.