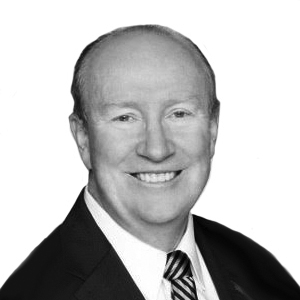 It took a few more days than I expected, but a San Francisco-based federal judge appointed by President Obama issued an order last night barring the administration from enforcing the asylum restrictions President Trump announced on November 9. U.S. District Judge Jon Tigar ruled that the president had unlawfully attempted to rewrite congressional law. (Mind you, these are the same federal judges who are striving to enshrine President Obama’s DACA program, an actual presidential rewrite of congressional law.)

Judge Tigar claims that by temporarily prohibiting illegal aliens from seeking asylum and requiring that asylum be sought at official ports of entry, the president imposed conditions “that Congress has expressly forbidden.” To the contrary, Trump was acting pursuant to a sweeping grant of legislative authority (Section 1182(f) of the immigration laws) which, the Supreme Court held only five months ago, vests the president with power to suspend entry and impose entry conditions when, in his judgment, the national interests require it. It is not a rewrite of congressional law; it is an action pursuant to congressional law, taken in order to respond to a significant security problem at the southern border. Under the terms of Trump’s order, the restrictions lapse after 90 days, at which point the status quo is to be restored (unless conditions on the ground warrant an extension), and illegal aliens can go back to filing fraudulent asylum claims whenever and wherever they please.

Tigar’s predictable judicial usurpation of immigration and border security policymaking authority will no doubt be appealed to the Ninth Circuit, which will no doubt endorse the district judge’s gambit.

To repeat what I wrote ten days ago:

As I write on Friday, the restraining order hasn’t come down yet. But it’s just a matter of time. Some federal district judge, somewhere in the United States, will soon issue an injunction blocking enforcement of the Trump administration’s restrictions on asylum applications.

The restrictions come in the form of a rule promulgated jointly by the Departments of Justice and Homeland Security, and a proclamation issued by President Trump. In conjunction, they assert that an alien who wishes to apply for asylum in the United States must act lawfully: An alien who is physically present here and wishes to apply must be in the country legally; an alien outside the country who wishes to apply must present himself at a lawful port of entry — not attempt to smuggle his way in or force his way in as part of a horde (i.e., no invasions by caravan).

Of course, what used to be assumed is today deemed intolerable. It is no longer permitted to expect of non-Americans what is required of Americans — adherence to American law while on American soil.

Therefore, the fact that the administration’s action is entirely reasonable will not matter. No more will it matter that, contrary to numbing media repetition, the rule and proclamation derive from federal statutory law. Nor will it make any difference that, in part, the president is relying on the same sweeping congressional authorization based on which, just four months ago, the Supreme Court affirmed his authority to control the ingress of aliens based on his assessment of national-security needs.

Just two things will matter. The first is that the asylum restrictions represent a Trump policy that reverses Obama policies — specifically, policies of more lax border enforcement, and of ignoring congressionally authorized means of preventing illegal aliens from filing frivolous asylum petitions (with the result that many of them are released, evading further proceedings and deportation). The second is that, precisely to thwart the reversal of Obama policies, President Obama made certain that the vast majority of the 329 federal judges he appointed were progressive activists in the Obama mold.

The media-Democrat complex will tell you this is “the rule of law.” In reality, it is the rule of lawyers: the Lawyer Left on the front line of American decision-making, a line that runs through courtrooms, not Capitol Hill.

The people of the United States, through their elected representatives, have empowered the president to suspend or impose conditions on the ingress of aliens if he finds their entry would be “detrimental to the interests of the United States.” How can it be denied that the illegal entry of aliens — which patently undermines the rule of law — is detrimental? Yet, there is certain to be a race to be the first judge to issue a restraining order, to champion an imaginary right of aliens to seek asylum however they damn well please.