The California Board of Education implemented progressive sex and gender education curriculum in public schools across the state, regardless, in some cases, of parental knowledge or consent.

Progressive groups, including Planned Parenthood, collaborated on AB-329 in 2016 and the recently introduced Health Education Framework in May as highlighted by a video created by the conservative group, Our Watch.

Both these pieces of education legislation mandate that school districts require sex ed and encourage students to question their parents on sexual topics – topics explored in the kindergarten through 12th grade sex education curricula implemented in California schools.

AB-329, otherwise known as the California Healthy Youth Act, was created in 2016 and has several aimed purposes.

The bill aims to teach K-12 students how to ward off HIV and other STDs, to teach “healthy attitudes” towards sexual orientation, gender, and relationships, and to “promote understanding of sexuality as a normal part of human development.”

The bill also promises to “provide educators with clear tools and guidance to accomplish that end.”

The law also prohibits abstinence-only education and prohibits any discussion of religious doctrine, according to an ACLU handout.

The handout adds that beginning in seventh grade, children must be taught “all FDA-approved methods preventing pregnancy and transmission of HIV and other sexually transmitted infections (including condoms, contraceptives, and antiretroviral treatment) and abstinence.”

Educators Must “Affirmatively Recognize Different Sexual Orientations And Be Inclusive”

The California Board of Education introduced the Health Education Framework in May — a curriculum on sex education that some California parents found troubling, as the Christian Post reported in May.

The Health Education Framework affirms language in AB-329 and included books and supplemental materials such as the Amazon bestseller, S.E.X.: The All-You-Need-to-Know Sexuality Guide to Get You Through Your Teens and Twenties, a book that describes sexual activity and gender theory.

The California Board of Education removed this book and several others from the curriculum after outrage from Californian families, as reported by the Christian Post and reflected in the Health Education Framework.

The Health Education Framework notes that as AB-329 orders, teachers must “affirmatively recognize different sexual orientations and be inclusive of same-sex relationships in discussions,” and “teach about gender, gender expression, gender identity, and the harm of negative gender stereotypes.”

Board members for the Health Education Framework included school district representatives, teachers, and academics from across California as well as a school nurse.  The director Community Education and Outreach at Planned Parenthood Amy Streavel was also on the board, according to the California Department of Education.

Planned Parenthood did not respond to requests for comment from the DCNF.

Parents React To Positive Prevention Plus

California parent John Andrews of the Murrieta School District said that schools in his district are using Positive Prevention Plus Sex Ed Curriculum, a curriculum that contains explicit photos and drawings of sexual activity. 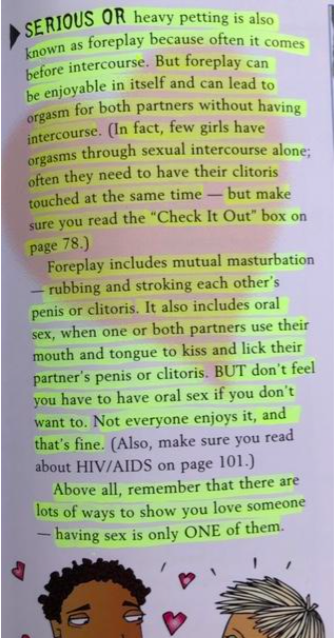 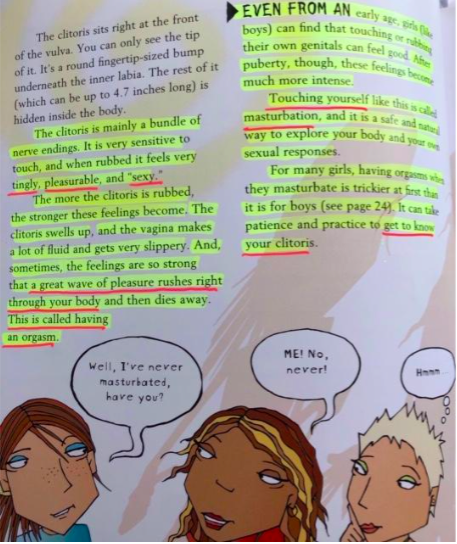 “If I were to show that material to a child, I would be brought up on charges,” Andrew said. “But somehow our public schools are allowed to teach this to junior high and high school kids.” 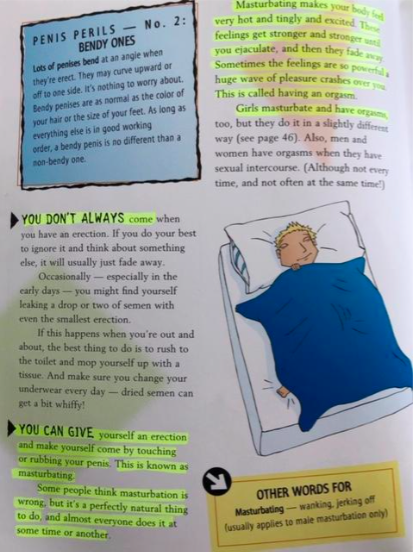 The curriculum describes itself as “California’s best source for evidence-based instruction in Comprehensive Sexual Health Education and Teen Pregnancy Prevention.”

Positive Prevention Plus was begun in as early as 1993, according to the curriculum’s website, in order to develop an HIV and AIDS prevention curriculum.

Research findings included in the curriculum show that use of Positive Prevention Plus results in student’s higher use of “reproductive health care services” more use of contraceptive services, and significant improvements in “the delay in the onset of sexual activity.”

The June Our Watch video shows a variety of factors involved in California’s progressive sex ed programs. Pastor Tim Thompson told the DCNF that he published the video through Our Watch to help make parents more aware of how progressive the California sex educational programs are.

“We knew parents had to see for themselves or else they weren’t going to believe it,” Thompson told the DCNF.

“Regardless of how old a student is, they can walk into a doctor’s office and consent to these services without parental consent,” says Dawson, according to footage from the video, referring to abortion when she said “these services.” She was initially misidentified in the video.

“And for these there is no parental notification.”

“I think a good way to think about all these services that California has decided are so important that we are going to allow minors to go into a doctor’s office and consent to these services,” Dawson added. “Because they are just that important and students need to be able to access them.”

The ACLU said in a statement to the DCNF that all statements made by ACLU representatives during the meeting are “in accord with California law” and claims the video was doctored. However, when pressed on the matter, the ACLU did not comment on what aspects of the video were doctored.

Activists And Experts Weigh In

“Get Out Now: Why You Should Pull Your Child from Public School Before It’s Too Late” author, attorney, and director of the Catholic Women’s Forum Mary Rice Hasson believes that most parents do not understand what their children are being exposed to — and often being exposed to without parental permission.

“The California sex and gender “health” curriculum shows kids explicit images, normalizes kinky and perverse sexual activity, and teaches kids that their basic identity — as male or female — is something fluid or changeable,” Hasson told the DCNF, saying that schools see parents as “obstacles or barriers to their efforts to indoctrinate an entire generation.”

“Parents — especially religious parents — are portrayed as ignorant or untrustworthy when it comes to issues of sexual identity or activity — as if only the schools can be trusted to ‘protect’ kids and teach them all about,” Hasson said.

Parental Rights In Education executive director Suzanne Gallagher told the DCNF that public schools in America are facilitating a national cultural crisis. Gallagher’s organization seeks to keep families up to date on infringements of parental rights in public schools across the nation.

“There is a clear political agenda to destroy the traditional family in America,” Gallagher told the DCNF. “Until now, the American family was considered to be the foundation of civic life; the smallest form of government, where children are taught responsibility, respect for authority, and national pride.”