Viganò: Amid Vatican Scandals, Pope Francis Has Dealt the ‘Most Devastating Blows’ to Papacy, Church Chinese authorities blow up a church in Shanxi province

ROME (ChurchMilitant.com) – In an unprecedented intervention into the U.S. election debate, a top cardinal is warning of dire global consequences if Americans vote for a presidential candidate with a communist, abortionist and gender ideology agenda.

“Three points are decisive in the upcoming elections,” Cdl. Gerhard Müller, the former Vatican doctrinal watchdog, told Breitbart News, in a clear condemnation of Catholic-in-name-only presidential candidate Joe Biden. “First, the ‘yes’ to life against abortion, second, freedom of religion against the mainstreaming of gender ideology, and third, the mission of the U.S. to defend democracy and human rights against dictatorships.”

“American Catholics, Christians of other denominations, and all people of faith must render an account to God over whom they make commander of the flagship of the free world,” the former prefect of the Congregation for the Doctrine of the Faith (CDF) said Thursday.

“The outcome of the U.S. election will determine whether the U.S. remains the leading power in the world — for freedom and democracy — or whether a communist dictatorship will assume that role for the global community,” Müller underlined.  …… 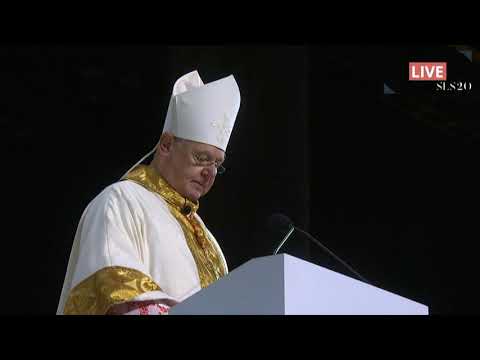 …… “Because the U.S. is the first power in the free world, it must also put a stop to the imperialist grip of a communist superpower that seeks world domination and allow the Chinese people and other oppressed peoples to enter the community and solidarity of free peoples,” he added.  ….