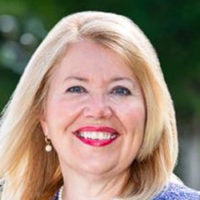 I’m Rep. Debbie Lesko from the state of Arizona.

The Equality Act—or I call it the Forfeiting Women’s Rights Act—takes away women’s and girls’ rights that we fought for for years.

This really infringes on the rights of women and girls to have their privacy and to have safety.

The liberal Left continue to push their radical agenda against American values. The good news is there is a solution. Find out more >>

People need to wake up. This radical bill is going to totally eliminate women’s and girls sports because what this bill does is it requires schools and universities allow biological males to compete in women’s sports.

The so-called Equality Act would really take away all of our constitutionally protected religious freedoms. It strips out of the language the Religious Freedom Restoration Act—the first time in history that a bill has done this. This will be terrible for anyone that has religious objections.

The Equality Act is such a terrible bill that I really needed to speak out about it. It gives protections to some over protections for others. This is not equality at all.