Cuban Protesters Take to the Streets for Their Freedom, Under Patronage of Our Lady of Charity

Babies Will be Saved From Abortion as Huge Abortion Biz Closes Four Clinics, by Micaiah Bilger

The Road to Corruption Is Paved With Gifts, by Michele McAloon Unprecedented demonstrations are underway on the economically crippled, communist-ruled island, calling not just for material relief, but systematic change. 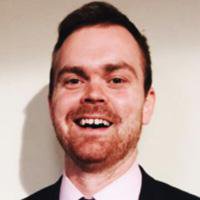 Throughout their country’s history, the people of Cuba have called upon Our Lady of Charity’s intercession to bring calm amid life’s stormy seas. From aiding the “mambisa” freedom fighters in the island nation’s war for independence from Spain, to facilitating an untold number of everyday miracles for ordinary Cubanos, many believe “La Cachita” has helped answer prayers time and time again.

Now, in the midst of mass public demonstrations the likes of which have rarely if ever been seen in 60 years of communist rule, the Cuban people are turning to “La Virgen de la Caridad” once more, as they take to the streets by the thousands to call not only for immediate relief from an economic and medical crisis, but also sweeping governmental reform.

Images of the Virgin have mingled with cries of “liberta!” and “patria y vida,” the latter meaning “homeland and life,” a clever counter to the longstanding communist slogan of “patria o muerte” (“homeland or death”). …