“Eucharist” is Greek for “Thanksgiving”, by Patty Knap “It is called Eucharist, because it is an action of thanksgiving to God.” (CCC 1328)

Patty Knap Patty Knap calls herself a “born again” Catholic. She planned to be a wife and mother of four or five kids with several girls, but as life played out, she’s a single mom with two young adult boys … 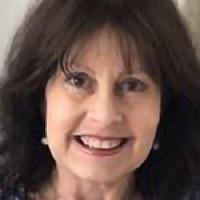 Did you know the word “Eucharist” actually means “thanksgiving?”

Growing up our family Thanksgiving Day always started by going to Mass.

My mother would say, “It’s God that we’re thanking. What better way to be thankful than to go to Mass?”

The first Thanksgiving was an expression of gratitude, and ours can be too. There’s plenty to complain and stress about, but we all have aspects of our lives and people in our lives to be thankful for. Thanksgiving is the acknowledgment that those blessings come from God.

We often hear that the first Thanksgiving was celebrated by the Protestant pilgrims of Massachusetts in 1621. Actually, there were two Catholic Thanksgivings years before that. On Sept. 8 (feast of the birth of the Blessed Virgin) in 1565 in St. Augustine, Florida, Native Americans and Spanish settlers held a feast and the Holy Mass was offered. The second American Thanksgiving was April 30, 1598, when Spanish explorer Don Juan de Oñate requested the friars to say a Mass of Thanksgiving, which was followed by a feast of goose, duck and turkey.  …