Evangelical Approval of Trump Remains High, but Other Religious Groups are Less Supportive

Bishop Schneider Discusses How the Church Should Handle a Heretical Pope

The Fraud of Higher Education, by Benjamin Myers More than two years into Donald Trump’s presidency, white evangelical Protestants in the United States continue to overwhelmingly support him, according to a new analysis of Pew Research Center survey data. Other religious groups, however, are more divided in their views of the president.

Roughly seven-in-ten white evangelical Protestants (69%) say they approve of the way Trump is handling his job as president, according to the Center’s latest polling in January 2019. This is somewhat lower than Trump’s approval rating in the earliest days of his tenure – when about eight-in-ten white evangelicals (78%) approved of his job performance – but is in line with most polls conducted by the Center since the inauguration. 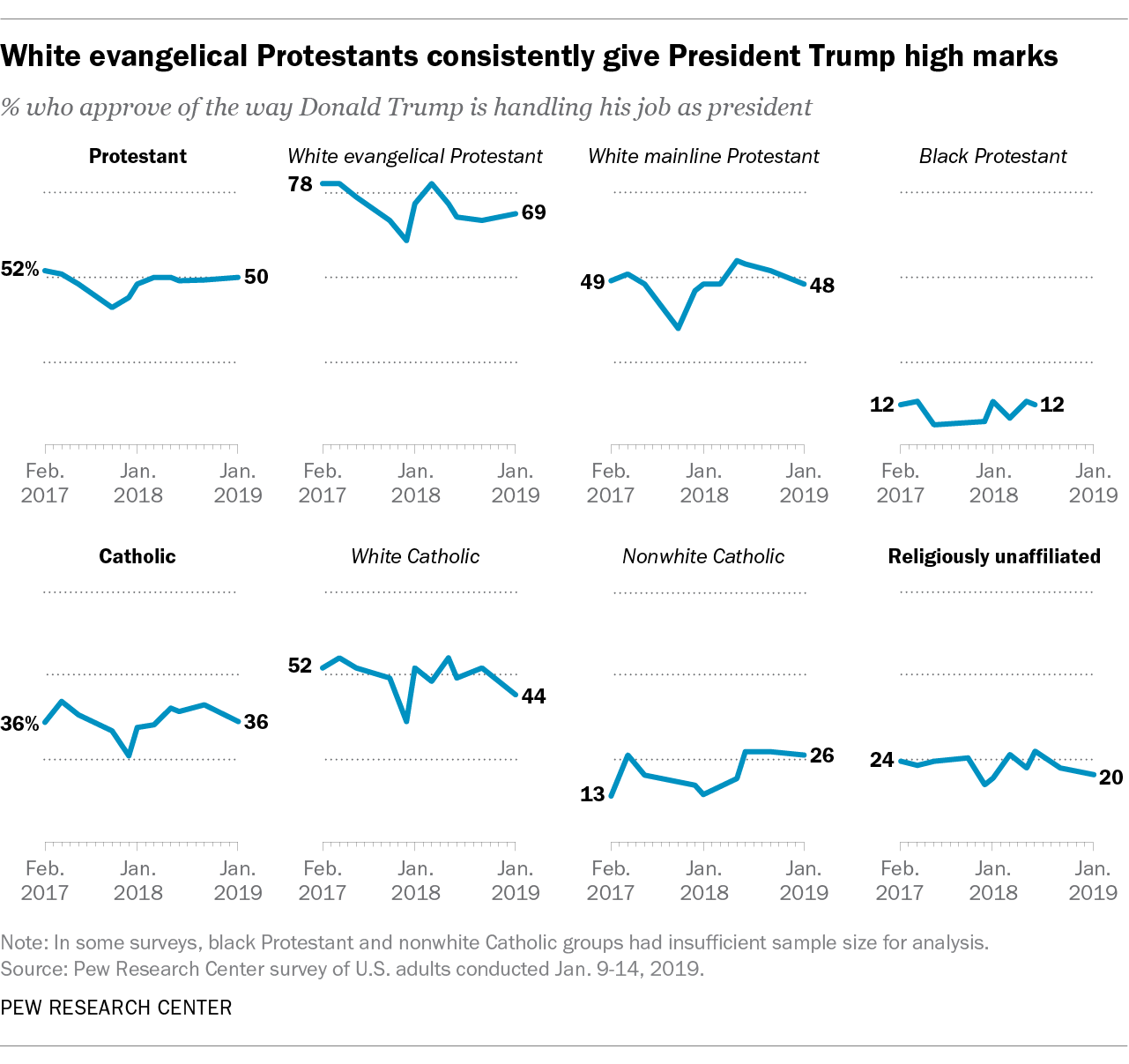 White mainline Protestants and white Catholics are less approving of Trump’s performance than are white evangelicals, but more approving than religiously unaffiliated Americans – that is, those who identify as atheist, agnostic or nothing in particular.

Religiously unaffiliated Americans consistently express among the lowest levels of approval of Trump’s performance, ranging from 17% to 27% across the polls the Center has conducted since the president assumed office. Most black Protestants and nonwhite Catholics also have disapproved of the way the president handles his job.

While white evangelical Protestants generally give Trump high approval ratings, that does not mean they have no reservations about him. An August 2018 survey found that roughly half of white evangelicals do not think that Trump has set a high moral standard for the presidency since taking office. Some prominent evangelical leaders, such as Rick Warren, pastor of Saddleback Church, have expressed ambivalence about Trump and concern about some of his policies. Others, such as Beth Moore, founder of Living Proof Ministries, openly oppose the president.

Still, white evangelicals make up a staunchly and increasingly Republican group that generally backs Trump and his policies. In the January 2019 survey, for instance, nearly three-quarters of white evangelicals expressed support for substantially expanding the wall along the U.S. border with Mexico. 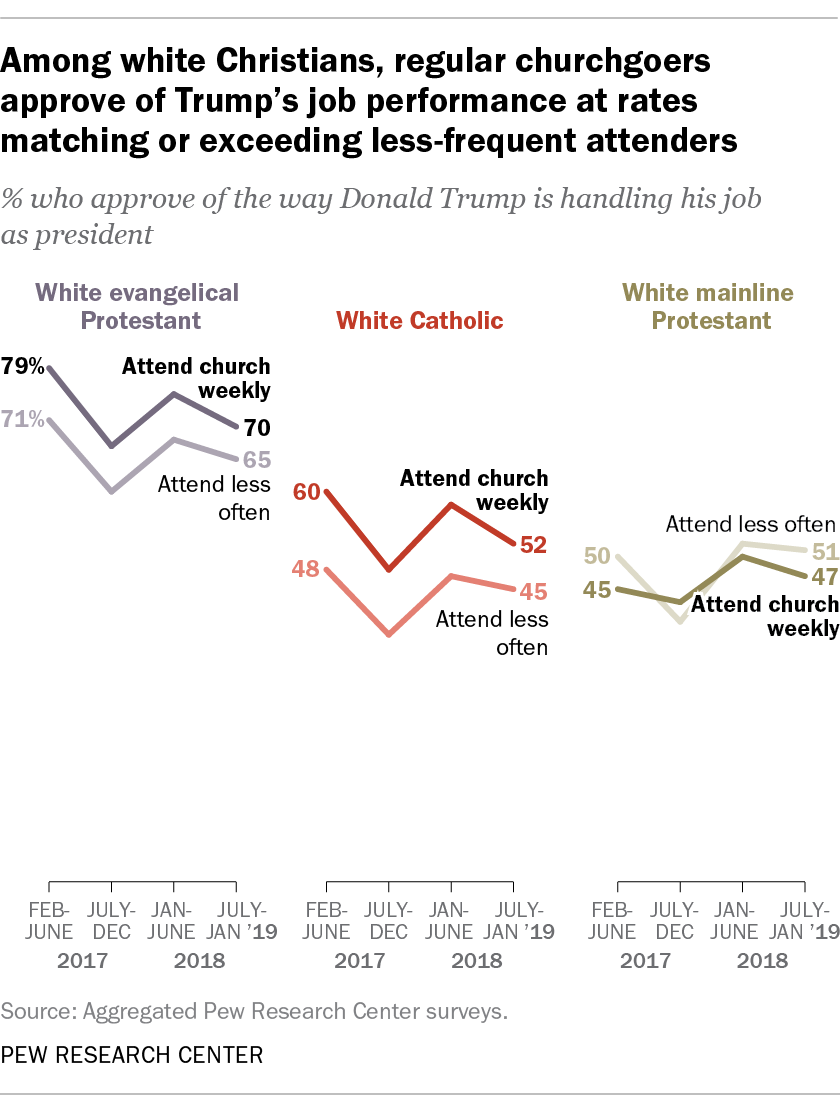 Among white Catholics, there have also been differences in presidential approval between those who attend Mass weekly and those who do not. In the early months of Trump’s presidency, weekly Mass-attending Catholics were 12 points more likely than less-regular attendees to approve of Trump’s performance. There was an 11-point gap between these groups in the first half of 2018. In the most recent period analyzed, 52% of white Catholics who attend Mass weekly approve of Trump, as do 45% of those who attend services less often.

Among white mainline Protestants, approval of the president is not meaningfully different between weekly attenders and those who attend less often.

Smaller religious groups such as Mormons and Muslims cannot be reliably analyzed from a single poll because of the limitations of sample size. But the views of members of smaller religious groups can be assessed by combining results from all 11 Pew Research Center polls conducted between February 2017 and January 2019. Looking at the period of Trump’s presidency overall, about half of Mormons (52%) approve of his job performance, while smaller shares of Jews (24%) and Muslims (18%) say the same.

Philip Schwadel  is a senior researcher focusing on religion at Pew Research Center.

Gregory A. Smith  is an associate director of research at Pew Research Center.