Fissures On Holy Communion: Some (67) Bishops Push Back on Eucharistic Coherence Discussion, by Joan Frawley Desmon More than 60 bishops signed a letter urging the USCCB leadership to postpone the upcoming discussion on Church teaching and reception of the Eucharist. 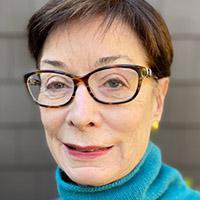 WASHINGTON — Five months after the inauguration of President Joe Biden — a Catholic who both supports the expansion of permissive abortion laws and receives Communion — a faction of U.S. bishops has campaigned to postpone discussion on the drafting of a formal statement on the meaning of the Eucharist in the life of the Church at the U.S. Conference of Catholic Bishops’ meeting in June.

Catholic news outlets confirmed this week that Cardinal Wilton Gregory of Washington, D.C., and Cardinal Blase Cupich of Chicago, along with Cardinal Joseph Tobin of Newark and Cardinal Seán O’Malley of Boston and reportedly a total of 67 of the 434 active and retired bishops in the U.S., have challenged the decision by the USCCB leadership to address the topic. The letter, dated May 13 and addressed to Archbishop José Gomez of Los Angeles, the USCCB’s president, requests that the scheduled discussion on “Eucharistic worthiness and other issues raised by the Holy See” be removed from the agenda of the June 16-18 virtual assembly. …