I wrote here last week a little quiz that would help Christians figure out how they would have acted in past persecutions. I picked three well-known scenarios:

I also laid out for each four different courses of action which believers might take.

Then the piece asked the reader: How are you reacting to the newest mass attack on biblical Christianity? You know, the organized campaign by governments, pressure groups, corporations, media, and Mainline liberal Christians to renounce 4,000 years of Jewish/Christian witness on sexual morality. By how you’re acting now, you know how you would have acted under the pagans, the Muslims, or the Soviets.

And now we have a sense of how Vatican advisor, media darling, and Scorcese-whisperer Fr. James Martin, SJ, would have acted. Not only has he published a book accusing orthodox Christians of being Pharisees. He’s all over mainstream and social media promoting a nebulous “outreach” to LGBT people that (wink wink) endorses their sexual lifestyles. Even worse, he likes to make snide accusations against his critics. It one comment he implied that those who disagree with him have “complicated sexuality.” So that’s their secret motive, you see: staying in the “closet!”

But Martin crossed the line of decency last week. He made a blatantly false charge against a popular, faithful website, CatholicVote, claiming that it encouraged physical violence against him. That got the site temporarily suspended from the crucial social media platform Twitter.

On Sept. 1, CatholicVote.org said on Twitter, “And then this Dominican showed up and started beating @JamesMartinSJ like a rented mule. The crowd went wild.”

Martin replied by saying “Enough,” and condemned any encouraged violence against him, even in a joking manner. He added he reported CatholicVote.org to Twitter.

The original CatholicVote.org tweet was deleted and its Twitter account was suspended for 12 hours, its communications director Joshua Mercer told NCR. Mercer said in an email Sept. 6, “To suggest that our tweet was an incitement to violence is total garbage and can’t be taken seriously.”

So Martin lost an argument with a better educated, faithful priest. A Catholic website referred to his humiliating logical defeat as getting beaten “like a rented mule.” And Martin went and told the teacher that CatholicVote menaced him with violence. Are you nauseated yet? Ruse later learned of the exchange and shared the view that the tweet didn’t amount to an actual threat of violence. On Monday, he tweeted, “@jamesmartinsj ‘s response to a figure of speech is so pansified. I do believe he’s out of the closet.”

That tweet was also later deleted, Ruse confirmed with NCR, saying he did so because he thought it would go viral. He said Martin’s response was “rather snowflakish,” comparing him to college students seeking safe spaces on campuses.

Martin did not reply directly to Ruse, but instead posted on Facebook a screenshot of the tweet, and wrote, “Insults and slurs like ‘pansy’ are what LGBT people face every day, even from Catholics. But hatred and contempt, like this public example posted today on Twitter, only strengthen my desire to advocate for LGBT people, especially within our church.”

Despite some criticism of his tone by conservative allies, Ruse didn’t back down. Instead, he Tweeted:

He is not a good priest. He is harming souls. He is the opposite of charity. He’s leading the innocent to damnation

Keep in mind that fiery rhetoric is something that Fr. Martin can wield as well. Earlier this year, as Jason Jones wrote here at The Stream, Fr. Martin claimed that critics of mass immigration were simply not Christians at all.

Martin’s minions swarmed on social media. They promised to report Ruse to his prolife foundation’s board of directors, in an attempt to get him fired. 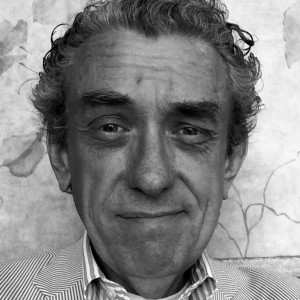 Standing Up to the Church’s Enemies for Decades

I’ve known Austin Ruse for 25 years. He has spent that time working patiently at the NGO he founded at the U.N., the Center for Family and Human Rights, on behalf of unpopular causes. Like unborn children in American ghettos. Pregnant women suffering under China’s One Child Policy. Africans under pressure to get sterilized from their governments and well-funded anti-population extremists. He has faced down Planned Parenthood, the Gates Foundation, George Soros’ hirelings, and whatever else the globalist left at the UN could throw at him. Fr. Martin doesn’t cow him.

And now Ruse is standing in the public square, defending the bible’s teaching on love and sexuality. He’s also defending fellow faithful Christians like Stream author Joseph Sciambra. That writer reports savage harassment at the hands of Fr. Martin’s supporters. As LifeSiteNews reported:

A former homosexual turned natural marriage advocate has received some vicious criticism in his lifetime, but nothing like the virulent emails from liberal Catholics after recently writing about pro-gay Father James Martin, S.J.

“I am disturbed and somewhat surprised by the amount and content of vicious messages I have received due to my last blog,” Joseph Sciambra posted on Facebook.

Can we guess how Fr. Martin would have acted in earlier eras of persecution? We see that he sides with the powerful, while wielding the cloying rhetoric of Victimism to pretend that he serves the weak.

Perhaps it’s fitting that Fr. Martin served as the theological advisor on Martin Scorcese’s powerful but deeply misguided movie Silence. It told the story of Christian peasants in Japan who faced vicious persecution from that country’s pagan oligarchy. And of priests who caved under torture and switched sides.

If Jesus doesn’t save, it really is inhumane to encourage people to die in His name. So if you’re a Jesuit like Fr. Martin, you should spend your time on earth much more productively. For instance, by working with our pagan government, and helping powerful groups like the LGBT lobby.

In Scorcese’s film, the “right” thing for missionary priests to do is to renounce Jesus publicly. To step on His image and deny Christianity. And then to take comfy jobs (complete with wives) as Buddhist inquisitors with the brutal pagan regime. They will help to snuff out every last trace of Christianity in Japan. That’s the right thing to do because otherwise that regime will torture and kill even more “secret Christians.” So these priests are heroes, for renouncing the one thing most precious to them — their faith — in order to spare other people suffering (in this life, at least.). That makes these priests like Jesus, you see?

Don’t spend too much time torturing the logic here. The only way that the priests in Silence made the right decision is if Christianity is false. If Jesus doesn’t truly save you from sin, or if Buddhism saves just as well. In that case, it really is inhumane to encourage Japanese or Copts to die in His name. On that theory (Christianity being false), if you’re a Jesuit like those in the movie Silence, you should spend your time on earth much more productively. For instance, by “building bridges” to politically powerful groups like the anti-Christian LBGT lobby. And helping to quash their critics. Reducing them to … silence.