Would You Stay and Fight for America? by Lt. Gen. Ret. Jerry Boykin, Arielle Del Turco Courtesy of Russian Orthodox Patriarch Kirill’s support for Vladimir Putin’s war against Ukraine, the religious landscape of the 21st century has shifted significantly. 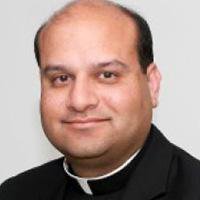 Why 105 years after the Fatima apparitions, and 93 years after Sister Lucia had the message from Our Lady confirmed in 1929, is the Holy Father explicitly consecrating Russia to the Immaculate Heart of Mary, in union with the bishops of the world?

The war is the reason, and not just the fighting in Ukraine.

Kyiv is still standing but Kirill of Moscow has already fallen.

The Holy See released Wednesday the text of the Act of Consecration, to be made by Pope Francis in Rome on the Feast of the Annunciation and by his envoy, Cardinal Konrad Krajewksi, in Fatima at the same time. It will truly be universal — translations were issued in Tigrinya, the major language of Eritrea, and Malayalam, the language of the ancient St. Thomas Christians of Kerala.

The relevant part reads: “To your Immaculate Heart we solemnly entrust and consecrate ourselves, the Church and all humanity, especially Russia and Ukraine.”  …