Fr. Shenan J. Boquet: The International Day of the Unborn, 2019

What Should We Make of Bishop Barron? by Jonathan B. Coe The Humanity of the Unborn Child and God’s Infinite Mercy

“What she saw changed everything.” That’s the tagline for the new movie Unplanned, which tells the true story about former Planned Parenthood abortion clinic director Abby Johnson. The movie is being released in theaters this Friday – March 29. Fittingly, the release comes the same week as we celebrate the International Day of the Unborn Child, today March 25.

So, what is it that Abby saw that changed everything?

According to Abby’s own account, she had been working for Planned Parenthood for eight years, directing the Brian, Texas clinic, yet she had never actually seen any of the abortions that she was selling every day. She herself had had two abortions. Then, one day, she was asked to assist in the operating room at her clinic, due to a staff shortage.

Abby was asked to hold the ultrasound probe during an abortion on a 13-week unborn baby. She could watch what happened, in real-time, on the screen. Abby recounts first seeing the baby: “The detail startled me. I could clearly see the profile of the head, both arms, legs, and even tiny fingers and toes. Perfect.”

Then she watched as the abortionist’s instruments – the “cannula” of the vacuum – entered the woman’s womb, appearing on the screen like an “invader”: “My heart sped up. Time slowed. I didn’t want to look, but I didn’t want to stop looking either. I couldn’t not watch. I was horrified, but fascinated at the same time, like a gawker slowing as he drives past some horrific automobile wreck…”

Then, she recounts, “The cannula was already being rotated by the doctor, and now I could see the tiny body violently twisting with it. For the briefest moment the baby looked as if it were being wrung like a dishcloth, twirled and squeezed. And then it crumpled and began disappearing into the cannula before my eyes. The last thing I saw was the tiny, perfectly formed backbone sucked into the tube, and then it was gone. And the uterus was empty. Totally empty.”

For eight years, Abby had overseen a clinic that performed thousands of abortions like these. She had always felt that she was helping women. But this time, she said, “everything had changed.” This time, she had seen the abortion. And she could no longer lie to herself about what abortion was.

Ashley Bratcher, who plays Abby Johnson in the movie, points out, “The general public is completely blind to what the [abortion] procedure entails.” She, Abby, and the filmmakers intend to change that. Their hope – and my hope – is that for those who watch Unplanned, everything will be changed, just as it changed for Abby.

If the astonishing miracles and bizarre hardships surrounding the making of Unplanned are any indication, this film is set to massively shake up the abortion debate. Co-directors Cary Solomon and Chuck Konzelman recently told Catholic News Agency that when they began the project, they fully expected spiritual warfare. Before shooting, they had a priest exorcise the set, and bless the actors and props, and they emphasized going to Mass and Eucharistic Adoration throughout. But though shooting went smoothly enough, the film was surrounded by numerous accidents, including a car accident that nearly took the life of Bratcher herself.

“Ashley herself, she had a deer, a stag, jump backwards – I’ve never seen deer jump backwards – on the highway into her car and wiped out her car and almost killed her,” said Solomon. All told, he said, “We’ve had probably 15 accidents where people or family members of people who worked on the movie, were in a car crash, […] and the person would just walk away.”

On the flipside, however, are the signs of the presence of God’s grace. Earlier this year Bratcher told Martha MacCallum on Fox News that several days into shooting the movie, she received a phone call from her mother. Bratcher’s mother did not know the nature of her daughter’s new film project, since Bratcher had flown to the set a few days earlier on just a moment’s notice, after learning she had landed the role. When her mother asked how things were going, Bratcher explained the role, and Abby’s story. She told all this to her mother gently, knowing that her mother had once had an abortion when she was in her teens. She didn’t want her mother to feel judged by the nature or her new acting project.

However, Bratcher had no idea what was coming next. “[M]y mother just broke down completely,” she told MacCallum. “And she said, ‘I need to tell you something that I never told you before,’ and I said, ‘OK.’ And she was just weeping into the phone.’”

What are the chances, I wonder, that the woman chosen to play a woman who had once directed a Planned Parenthood clinic would, only after accepting the project, learn that she herself had almost been a victim of the abortion holocaust? MacCallum pointed out the obvious: that it would seem that playing this role in this movie is, in part, what Bratcher was born to do.

Celebrate the International Day of the Unborn: Go see Unplanned

How fitting as well that Unplanned is being released the same week as we celebrate the International Day of the Unborn.

This event began in Argentina in 1998. The date – March 25 – is also the day that the Catholic Church celebrates as the Feast of the Annunciation, when the angel Gabriel appeared to Mary to ask her to become the mother of Jesus Christ. The moment that Mary gave her assent to God’s plan, uttering her fiat, is truly the moment that God became man.

Though Christ entered the world in a more visible way at the moment of His birth in Bethlehem, He had, in fact, already been present on earth for nine months. The incarnate God, having taken on the form of a tiny human embryo, humbly submitted Himself to the hidden process of biological development through which every human being passes, thus sanctifying the life of every child and every life from the moment of conception.

According to the inhuman philosophies of our present age, an unborn child can be aborted at any moment during the nine months of development – in New York, till the moment of delivery – and no crime or injustice would be committed. Those far-too-numerous people who call themselves “Christians,” and yet who support legal abortion, would do well to consider that had Christ become incarnate in our own age, He would not have been protected by our laws.

Since that first celebration of the International Day of the Unborn, the event has become a global phenomenon, in part thanks to Pope St. John Paul II’s enthusiastic support. In a letter to the organizers of the first even, the saintly pope wrote: “With our sight on the now approaching Great Jubilee of the Year 2000, I express my best wishes that the celebration of ‘The Day of the Unborn Child’ will favor a positive choice in favor of life and the development of a culture in this direction which will assure the promotion of human dignity in every situation.”

A website set up to provide information about the International Day of the Unborn provides a host of suggestions for things to do to commemorate this day.

This year, however, our job is made quite a bit easier with the release of Unplanned. By all accounts, this movie is set to be one of the most significant pro-life events in recent history. Not only is it extremely professionally produced and acted, but Abby’s incredible true story powerfully illustrates not only the truth about the humanity of the unborn child, but also the infinity of God’s mercy, which is offered even – especially – to those who have strayed far from the paths of His laws by deliberately taking the lives of innocent unborn babies.

This is a story that our culture desperately needs to see and hear. So many men and women who have participated in and procured abortions need healing. Abby’s story of conversion and repentance assures them that healing, and a new life are possible. And so many lives are still at risk of abortion. By exposing the truth about abortion, this movie will ensure that for many more people, everything will change, as it changed for Abby. 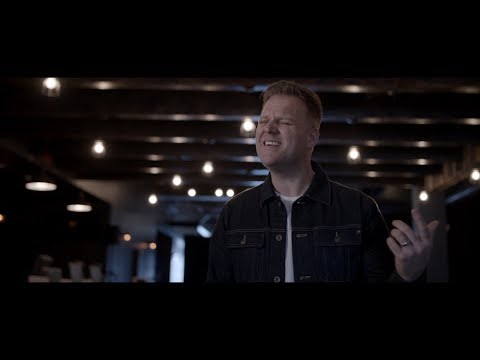 My hope is that every person reading this column will use the International Day for the Unborn, and this whole week, as an opportunity to spread the word about this movie, to organize groups to go to see the movie, and to invite their family and friends to go see it as well.

Please join me in praying the following prayer, asking for God to protect every unborn child, and for the success of Unplanned: not necessarily the “worldly” success of box office revenue, but rather the success of lives saved, hearts converted, and men and women reconciled to God by accepting his mercy and forgiveness for any ways in which they may have violated the dignity of human life. Please join me as well in praying this prayer on this International Day of the Unborn Child.

Dear Lord Jesus in the womb

before your birth You filled

with the joy of the Holy Spirit.

Inspire us to see You

in every unborn child.

Grant us the perseverance

experimentation, and all violations.

Fill us with reverence for the moment

of your Incarnation in Nazareth

when the Word became flesh.