An “App”ocalypse, as Seen in a Commercial

Exporting the Revolution To Africa Religious freedom experts and an overseer of 4,000 churches in India reveal how attacks on religious minorities are rising in the world’s largest democratic state.

On Tuesday, the U.S. Commission on International Religious Freedom (USCIRF) called on the Trump Administration to designate 16 nations as “countries of particular concern” due to violations of their citizens’ rights.

At the Capitol Hill event, few debated the atrocities in those 16 nations. Yet one on the second-tier list sparked vigorous dialogue. “India is a democracy, a huge and complex country,” said Clifford May, one of nine appointed USCIRF commissioners. “There are serious problems but also great tolerance.”

“A group representing Christians of India did not show up at this meeting today,” continued May. “They sent us a letter saying, We’re boycotting you because you won’t make India a CPC country. I wish they were here to discuss this with us.”

The Federation of Indian American Christian Organizations sent the letter. Their website claims certain Indian political parties “are engaged in vicious and naked aggression against Christians in every corner of the country.” Several sources echo concerns about increasing mob violence against religious minorities. 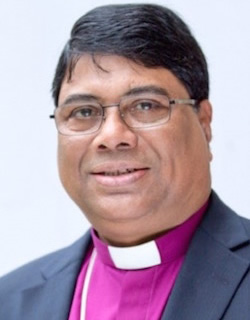 Bishop Joseph D’Souza oversees more than 4,000 Christian congregations through the Good Shepherd Church of India network. In an interview, he notes their work of providing local aid and spiritual support has recently been impeded.

“Throughout India, radicalized religious groups have taken the law into their own hands,” says D’Souza. “We are not in a good situation. There have been a series of attacks and religious events forcibly shut down.”

A nation of over 1.3 billion people, India is currently 80 percent Hindu and 14 percent Muslim. Christianity has grown to nearly five percent in recent years, according to nonprofit group Open Doors which tracks religious persecution.

“Today, we are faced with radicalized Hindu groups,” said D’Souza. “At the local level, they have gone berserk. They do not hesitate to attack Christians, Dalits, Muslims, and even liberal Hindu intellectuals.” In India’s caste system, Dalits rank the lowest and are regarded as “untouchable.” Discrimination is officially outlawed yet continues in practice.

D’Souza notes radicals have targeted Christian schools. “We have had several cases where they insist we put Hindu gods in the schools,” he states. “Either a school removes the crucifix, pictures of Saint Teresa and all icons — or they close it down. Some fearful Christian groups have capitulated. Others have resisted.”

Bishop D’Souza notes authorities are turning a blind eye. “Our Constitution gives us religious freedom,” he says, but “The rule of law is not being enforced.”

In January, Open Doors designated India with its most severe rating. Moderate Hindu groups also recognize the rising threat to religious freedom. Amrita Hari serves with the International Society for Krishna Consciousness. A branch of Hinduism, the Hare Krishna movement has temples across India.

“We’re very concerned about religious freedom violations we keep hearing about,” she says. “When riots erupt, we’ve seen the police have trouble handling matters before things get out of hand. Muslims and Christians are the two major minorities targeted in these attacks.” 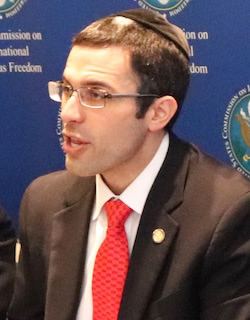 Such violations are reflected in the USCIRF annual report, said chairman Dr. Daniel Mark. Yet their findings question how widespread these attacks are. “There have been reports of harassment of religious minorities,” said Mark. “But it depends on where you are. Of the 29 states in India, we think ten are really problematic. The rest are more tolerant of pluralism. It’s a deeply complex and mixed picture.”

Bishop D’Souza notes authorities are turning a blind eye. “Our Constitution gives us religious freedom,” he says. “These radicals may know religious freedom means you can worship any god you want and eat any food you want. But the fact that a Christian, Dalit or Muslim may eat beef, it’s enough for them to attack us.”

“The rule of law is not being enforced.”

Upholding the Value of Religious Freedom

“Religious freedom is really recognizing the God-given right of every person to follow his or her conscience,” says Reese. “Christians respect that a person’s faith is between them and God. We can argue with them, talk to them, try to persuade them — but ultimately we respect that people make these decisions themselves.”

Founder of an interfaith coalition in India, D’Souza is passionate about working across faith lines. “The Apostle Peter said, Give a reason for your faith with full respect to your audience,” he says. “Unfortunately, some evangelical groups have used derogatory language that portrays people of other faiths as their enemies. They are not. They are human beings in search of God.”

“Sadly, Christians have contributed to some of the hostilities that are against us,” continues D’Souza. “I respect all religions in India and have no animosity against any faith.” Despite their hostile actions, he includes Hinduism.

Hari notes that Hindus also engage in proselytism. “It’s a normal, healthy practice to share your religion with others,” she says. “The concern is when it crosses the line into forced conversion. You should be able to decide what you believe and if you want to convert.” 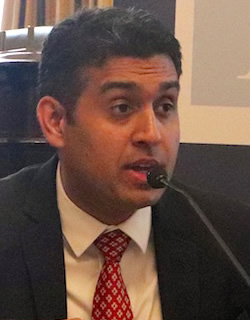 “These freedom of religion laws restrict peoples’ ability to choose what they want to believe,” said Baskaran. “It’s an irony the laws are even called that, because they do quite the opposite.”

From his perspective overseeing churches across India, D’Souza concurs with the ADF lawyer. “Every time anti-conversion laws are backed in a state, the Christian community gets demonized further,” observes D’Souza. “The state becomes an arbiter on whether somebody has decided properly or not. Fraudulent, manipulated conversions are attributed to us, which is a blatant lie.”

“As the largest democracy in the world, India is setting a bad example on these issues,” stated Baskaran.

In India, You Are Being Watched

Baskaran also raises questions about an emerging issue — the Aadhaar digital identity system established by the Indian government. Indian residents provide their fingerprints, iris scan and other information to receive an Aadhaar number. This secure government system is then linked to a person’s bank account, cell phone signal, travel and other data.

“Currently, there is a direct connection between this biometric number and access to public services,” says Baskaran in an interview. “[Aadhaar] touches many issues including privacy, surveillance and monitoring by any potential future totalitarian regime. At ADF, we have focused on the freedom of religion angle.”

In his role with ADF, he currently represents a client whose case is being heard by the Indian Supreme Court. The Indian man living in Maharashtra state did not want to apply to Aadhaar for reasons of conscience.

“Our client feels this biometric ID could lead up to the ‘mark of the beast,’” notes Baskaran. “His son is presently not allowed to continue past high school because they made this decision. It was actually a Christian college, but they said the state government directed them to ensure every student has an Aadhaar number.”

During debate on the Aadhaar bill in 2016, a member of the minority party in the Indian Parliament stated his fears that the program could be “used for mass surveillance and ethnic cleansing.” However, the bill was enacted in March 2016. Officials recently announced that more than one billion Indians are now on the biometric ID system.

Several experts note how the status of religious freedom is often an indicator of overall civil liberties. Many observe a downward trend in India’s freedoms since 2014.

The BBC has published a series of articles on Aadhaar. In an op-ed, one technology lawyer revealed that “comprehensive surveillance profiles of citizens are already being offered by companies.” The ADF attorney shares her concerns.

“Our hope is this biometric ID system will revert to being voluntary, which was the original plan,” says Baskaran. “There are other means of identification including driver’s licenses, so they should not make it mandatory.”

“It’s still the early days in this process.”

Seeking the Freedom to Believe

Several experts note how the status of religious freedom is often an indicator of overall civil liberties. Many observe a downward trend in India’s freedoms since 2014, when Prime Minister Narendra Modi began his term in office. 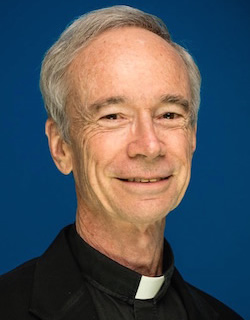 “My greatest concern about India is the way in which religion is being politicized,” said Father Tom Reese at the USCIRF event. “Some political parties are saying, You have to be a Hindu to be a real Indian. If you’re a Christian, go to Europe. If you’re Muslim, go to Pakistan.”

He hinted at concerns surrounding India’s dominant political party, the BJP, which backs the Aadhaar system. “[They] are getting their people out to vote by making fear of Muslims and fear of Christians the thing that motivates them,” continued Reese. “That’s very dangerous and toxic to the democracy of India. If it continues to go in this direction, I think India is going to be in very serious trouble.”

As to Bishop D’Souza, his faith-based network continues to help rescue women out of human trafficking and provide for local communities. These churches in 25 Indian states are uncertain how long they’ll be free to practice their faith.

“People need to be free to believe or not believe, to opt for this faith or that faith,” says D’Souza. “That freedom is intrinsically related to what it means to be human. The state cannot take over the right of our conscience.”

Josh M. Shepherd covers culture, faith, and public policy issues as a Contributor to The Stream. He has served on staff at Focus on the Family, The Heritage Foundation, Bound4LIFE International, and two Congressional offices. His articles have appeared in media outlets including The Federalist, The Daily Signal, Boundless,The Christian Post, and Christian Headlines. A graduate of the University of Colorado, Josh and his wife live in the Washington, D.C., area.