How (Public) Libraries Are Being Used to Corrupt Children, by Sarah Quale The rise of Drag Queen Story Hours, and how you can fight back

Drag queen story hours are popping up in libraries across the country. Are they isolated events or part of a larger, intentional movement to destroy God’s design for the human person? A small library in a southern Maryland town provides some insight into how this battle has advanced, who’s behind it, how it’s funded and what local communities can do to effectively respond.

Underneath what the pro-life movement calls “the culture of death” is a dark, tangled mess of spiritual brokenness. The symptoms of this brokenness — whether they present as abortion, euthanasia, fractured families, human trafficking, pornography, homosexuality or gender dysphoria — reveal to us the presence of a much larger sickness and a much bigger target. They show us the tragic consequences of sin and of rejecting God’s design for the human person. To destroy the human made in the image of God — to destroy inherent value, dignity and thus, personhood — the Enemy must systematically dismantle each of God’s design elements — life, marriage, family, sexuality and gender (Genesis 1:26–28). What we are witnessing everywhere in our culture today is a direct assault on these elements.

Underneath what the pro-life movement calls ‘the culture of death’ is a dark, tangled mess of spiritual brokenness.

Much of this destructive work has been accomplished over the last century in America, but the goal of the new sexual revolution raging around us today is to finish the job. This battle has erupted in a rather unlikely place, at least for those who still view America’s traditional institutions with hope and nostalgia. A small library in a southern Maryland town provides some insight into how this battle has advanced, who’s behind it, how it’s funded and what local communities can do to effectively respond.

Please sign our petition with LifeSite News to take the first step.

The Lexington Park Library in St. Mary’s County, Maryland, first came under fire in March of 2017 when local homeschool mom, Georgia Kijesky, discovered that several libraries were planning to host a graphic sex-ed workshop for 12–17-year-old children. The workshop was co-sponsored by the libraries and the Southern Maryland Area Secular Humanists (SMASH). It was promoted as strictly kids-only and led by Bianca Palmisano, a Planned Parenthood-certified sex educator, author of Safer Sex for Trans Bodies and founder of Intimate Health Consulting.

As a result of Kijesky’s efforts to expose the workshop and pressure the county commissioning boards, the St. Mary’s County Library Board of Trustees cancelled the workshop at Lexington Park and issued a press release. However, SMASH later revived the effort, and the workshop was held without official library sponsorship. 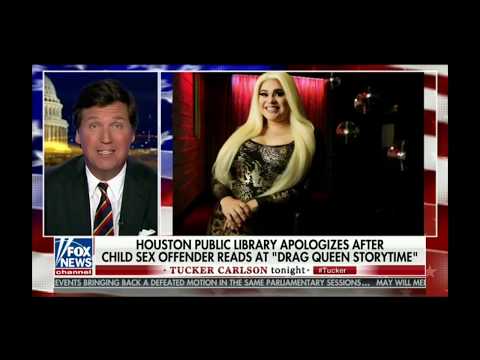 Fast forward to September 2017, when Kijesky discovered the sexually explicit instruction manual, The Little Black Book for Girlz: A Book on Healthy Sexuality, presented alongside similar books in Lexington Park’s teen section. The display was part of Banned Books Week — an annual event organized by the American Library Association to combat censorship. Kijesky again took her concerns to a St. Mary’s County Board of Commissioners public forum, which triggered a larger effort to change the way the library board of trustees is governed and held accountable to the taxpayers. More on that later.

A few years before Kijesky’s exposure of her local library’s involvement in LGBTQ activism, San Francisco was birthing a new phenomenon that she would eventually come face to face with: the drag queen story hour (DQSH).

According to Drag Queen Story Hour, the non-profit group that jumpstarted the initiative, bringing costumed drag queens into libraries to read to young children and their parents “captures the imagination and play of the gender fluidity of childhood and gives kids glamorous, positive, and unabashedly queer role models.” DQSHs have expanded into Drag 101 — workshops that “demonstrate the art of creating a character, costuming and applying makeup” to tweens and teens. As the movement has grown, serious controversy has erupted in small-town America.

The Backlash and the Money Trails 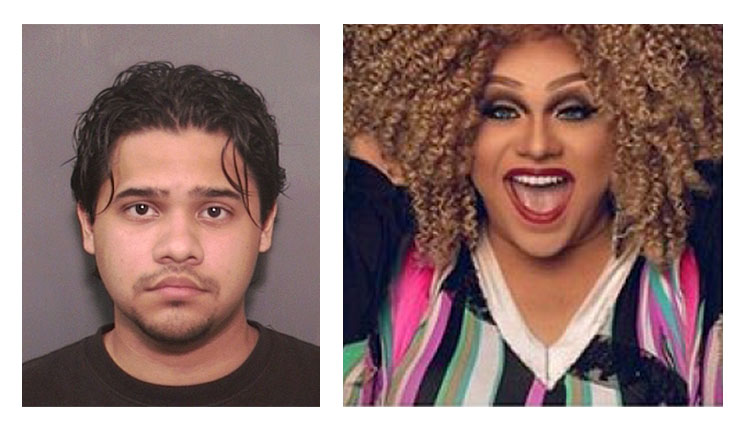 DQSHs and Drag 101 events have seen a sustained backlash of petitions and protests from Christian communities, resulting in cancellations in several states, including Ohio, South Carolina, Louisiana and Kentucky. The events have sometimes served as doorways for sex offenders to gain access to children, made evident by recent reports in Texas and Ohio, where library board officials revealed there were no background checks in place to vet any of the performers.

Some of these events are paid for by the libraries themselves, through funds provided by the American Library Association (which stem from taxpayer-funded federal grants). Libraries also use state and local taxpayer money to host and promote the events. In other instances, the events are privately funded, but most event sponsors take advantage of federal grants from the CDC for comprehensive sex education and HIV prevention. In these cases, community healthcare organizations and LGBTQ-advocacy groups use CDC grant money to bring the events into libraries.

An example of this relationship was recently uncovered in Ohio, when Equitas Health used part of its HIV prevention grant from the CDC to support a Drag 101 event at the Licking County Library. The event was promoted as a “safe-sex for teens” workshop by the Newark Ohio Pride Coalition. It was cancelled after a large public outcry led to the Ohio House Speaker’s involvement in shutting it down.

Libraries also use state and local taxpayer money to host and promote the events.

When communities across the United States first became aware of DQSHs, the media reported the backlash surrounding the events, and the events themselves, as isolated and disconnected. Only now are we beginning to see the movement’s intentional progress over time. But missing from this overarching storyline are the deep alliances forged between the LGBTQ community and the American Library Association (ALA), which has received over $20 million in taxpayer money over the past 10 years.

Not isolated, but organized

The backbone of the LGBTQ community’s alliance with the American library system is firmly structured within the massive ALA organization, including, but not limited to, the:

The roundtable provides tools and resources to promote acceptance of the LGBTQ lifestyle through the American library system and recommends reading lists for libraries with “significant gay, lesbian, bisexual, transgender, or queer/questioning content, aimed at children and youth from birth to age 18.” These reading materials, when challenged by parents like Kijesky, are defended by the other parts of the system, under the banner of anti-censorship.

To answer the backlash over DQSHs and Drag 101 events, the ALA created its #LibrariesRespond campaignto provide policy materials and resources to “defend pride at the local library.” The ALA also released an FAQ on responding to and preparing for controversial events and speakers.

To help librarians promote acceptance of the LGBTQ lifestyle and DQSHs in resistant communities, the ALA published a blog post on how to be a “secret librarian advocate operative.” The post was written by Tess Goldwasser, a former member of the ALA’s Gay, Lesbian, Bisexual, Transgender Roundtable and a librarian in St. Mary’s County — the very library system Kijesky had exposed.

“So you’re not doing drag queen story hour (yet), but you’re probably doing regular old story time, right?” prompted Goldwasser. “Try to ‘sneak’ inclusive messages into your current programs. For instance, if you’re reading a story about a Mama Bear and a Papa Bear … just change it to be about 2 Papa Bears!” she wrote.

Read the rest at Personhood Alliance St. Dominic receives the Holy Rosary from the Madonna

Preparing for Persecution, by Peter ODwyer