Five Paradoxes of the Sexual Revolution, Part I In a bizarre display of willful blindness, U.S. liberal media have lavished praise on North Korea’s dictatorship during the first days of the Winter Olympics, gushing over its “charm offensive” and comparing it favorably to the Trump administration.

In an article Sunday titled “Kim Jong-un’s Sister Turns On the Charm, Taking Pence’s Spotlight,” the New York Times was unable to contain its admiration for the totalitarian state, saying that North Korean leader, Kim Jong-un, stole the show at the Winter Olympics by sending his sister, Kim Yo-jong.

News outlets in the South instantly called her “North Korea’s Ivanka,” the paper said, likening her influence to that of Ivanka Trump on her father, President Trump.

“Flashing a sphinx-like smile and without ever speaking in public, Ms. Kim managed to outflank Mr. Trump’s envoy to the Olympics, Vice President Mike Pence, in the game of diplomatic image-making,” the Times wrote.

“Commentators analyzed her no-nonsense hairstyle and dress, her low-key makeup and the sprinkle of freckles on her cheeks,” the article rhapsodized.

“Her quietly friendly approach while in South Korea — photographers repeatedly captured her smiling — seemed to endear her to some observers,” it added.

The Times’ encomium for the Korean dictator and his family unleashed a torrent of abuse on social media, as readers wondered aloud whether the “newpaper of record” would have been equally taken in by the charm of other monsters of history. 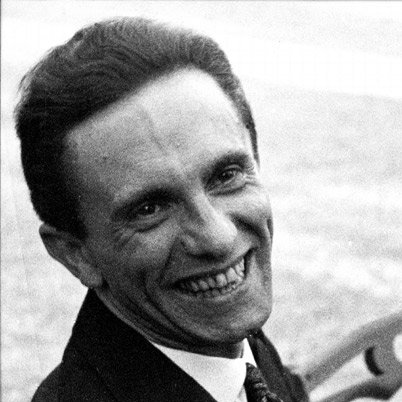 While heaping praise on North Korea and its diplomacy, the New York Times had nothing good to say about U.S. political presence, criticizing Vice President Mike Pence for remaining seated when the unified Korean team marched into the stadium and for failing to appear at a dinner hosted by the South Korean president, Moon Jae-in, before the opening ceremony.

According to the Times, Pence’s diplomatic message was also off-key, in contrast to the lovely Ms. Kim who could do no wrong.

“While Mr. Pence came with an old message — that the United States would continue to ratchet up ‘maximum sanctions’ until the North dismantled its nuclear arsenal — Ms. Kim delivered messages of reconciliation as well as an unexpected invitation from her brother to the South Korean president, Moon Jae-in, to visit Pyongyang, the North Korean capital,” the paper said.

Only at the very end of the article—in the 25th paragraph—does the New York Times bother to recall that North Korea is, in fact, a ruthless dictatorship.

“Others said they were horrified by the notion that Ms. Kim could lull South Koreans, or anyone else, into forgetting the North’s repression and human rights abuses,” the piece remarks in passing.

In its story on the events, ThinkProgress mimicked the fawning New York Timescoverage of North Korea, lauding the country for making “historic diplomatic inroads” through the Olympic events.

What ThinkProgress really wanted, of course, was an umpteenth occasion to criticize the U.S. President, which seems to have become its obsession and sole raison-d’être.

“This meeting would be a diplomatic high-water mark on the Korean Peninsula since President Donald Trump has increased tensions with North Korea over its nuclear and ballistic missile programs. Since July, Trump has engaged in a campaign of name-calling and outright threats, vowing to ‘totally destroy’ North Korea before the U.N. General Assembly,” it said.

“The vice president returned to the U.S. on Saturday having made no effort to ease the tensions between the U.S. and North Korea. In fact, it seems like every move he made was designed to heighten hostilities,” it added.

The ThinkProgress piece drew similar indignation and anger from Americans who were able to see what was really happening at the meeting and were not taken in by the North Korean “charm offensive” nor blinded by hatred of the Trump administration.

Despite lack of chains, every NK woman in this photo is a slave and will face penalty of death and/or hard labor for themselves and their entire families should they not cheer to the standards of the Kim family dictatorial regime. pic.twitter.com/dSlD7yiP7D

And that just warms the cockles of your hearts, doesn’t it? Sympathizing with a brutal fascist regime like #NorthKorea over the vice president of the U.S. shows just how depraved “progressives” are.

Documented incidents against Christians include “being hung on a cross over a fire, crushed under a steamroller, herded off bridges, and trampled underfoot.” One estimate suggests that three quarters of Christians in the North Korean camps die from the harsh punishments inflicted on them.

Human rights and religious freedom groups routinely judge North Korea to be among worst countries in the world for egregious human rights violations.

In its 2018 report, Open Doors placed North Korea at the very top of its Watch List of nations where Christians suffer the worst persecution for the 16th year in a row.