Note: We all have much to be grateful for – everything, in fact, since our very existence is a gift. And thanks from  TCT again to everyone who donated yesterday on our second day of our end-of-year fund drive. We’re making good progress, but we’re going to take tomorrow – Thanksgiving – off so that we all can focus more on the many blessings we enjoy with family and friends. Which is all the more reason why we need you to act today – if you value what we do at The Catholic Thing. We only come to you twice a year, at mid-year and around now. We live the rest of the year on what you provide during those drives. There are many ways to give: via credit card, check, PayPal. You can even set up an automatic monthly contribution by clicking the Donate button if a one-time donation seems undoable. Whatever you prefer to do, please do something. It’s no exaggeration to say that the coming year is going to be crucial in the life of the Church and the world. And we want to be here, with your help, to report on – and shape – events. So do your part. Click the button. Support The Catholic Thing. – Robert Royal 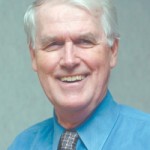 Decades ago, American conservatives used to say that liberalism was “creeping socialism.”  It wasn’t true at the time – although it may well be true of today’s liberalism, a very different and far more leftist kind of animal than the liberalism of the old days.

From the late 1940s until the early 1970s, due to the Cold War and the need to resist Communism, moderate leftism (aka liberalism) protected itself from extreme leftism by erecting and maintaining a “wall of separation” from the latter.  As more and more liberals began turning against the Vietnam War in the late 1960s, however, the New Left was increasingly welcomed into the Democratic Party.

After all (the thinking went), the New Left had been correct about the Vietnam War, which they opposed from the beginning.  If they were right about that, maybe they are right about many other things. …