September 13, 2018 (LifeSiteNews) – Vatican media released to journalists this morning photos of Pope Francis’ emergency meeting regarding the sexual abuse crisis with US Cardinals Daniel DiNardo and Sean O’Malley as well as Archbishop José Gomez. The photo, which shows all the prelates smiling along with the Pope, appears to mark another PR disaster for the Vatican plagued with PR flops.

The photo of smiling faces, unfortunately, lends itself to the interpretation that top leaders in the Church do not take the abuse crisis seriously. One can only imagine what victims abused by Catholic clergy are experiencing while viewing such a photo. 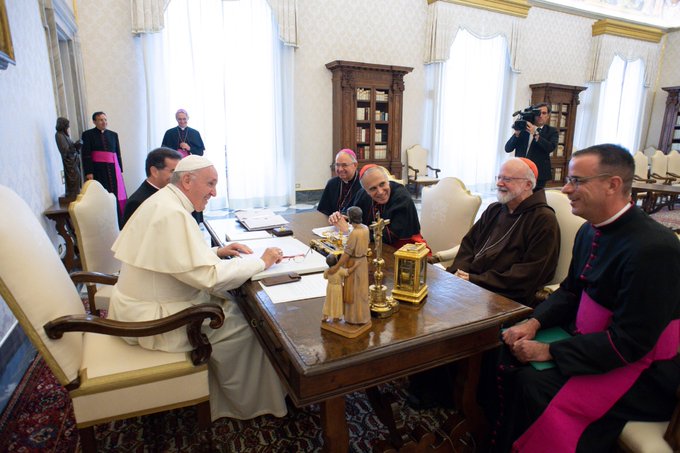 In the face of allegations by Archbishop Viganò of the cover-up of sexual abuse situations, Pope Francis spoke of silence and prayer – the same counsel scandalously given to victims and their advocates when they came forward to testify to their abuses.

Another recent PR disaster came for the Vatican when it attempted to shore up the reputation of Pope Francis with a doctored letter from Pope Emeritus Benedict. The attempt, known as “lettergate,” backfired when the full contents of the letter came to be known and were not as favorable to the pontiff as the Vatican indicated.