Washington, D.C. – The state of Louisiana, a deep-red state in the American South, welcomed President Donald Trump with open arms on Tuesday as the president traveled to the state to tout American energy investments.

The campaign of Rep. Ralph Abraham (R-LA), the GOP candidate for governor in this year’s upcoming election against incumbent Democrat Gov. John Bel Edwards, put a billboard up along the highway on President Trump’s route on the ground:

Elizabeth Crisp – ✔@elizabethcrisp – .@DocAbraham’s campaign has put up a digital billboard welcoming @realDonaldTrump to Louisiana today. It’s in Kenner, where Air Force One will land ahead of a fundraiser this evening in Metairie. Both Abraham and @EddieRispone are expected to attend. #lalege #lagov

Abraham’s general consultant Lionel Rainey III told Breitbart News that Louisiana is “fired up” to have Trump in the state on Tuesday.

“We’re fired up to have President Trump in Louisiana,” Rainey said. “Just like our country in 2016, Louisiana is suffering because of a failed tax and spend liberal agenda. President Trump has demonstrated how we can turn this state around by lowering taxes, supporting our families, and bringing back quality jobs. Ralph Abraham is fighting every day to make sure that we follow President Trump’s example so that Louisiana can finally start winning again.”

Louisiana is an interesting test case, in that it’s a state in which Trump trounced Democrat Hillary Rodham Clinton in the 2016 presidential election. But the state has a Democrat governor in Edwards, who has pushed a variety of leftist policies on the state that hurt the people, as Breitbart News has documented–setting up a contrast between Edwards and Abraham in the governor’s race this year.

The gubernatorial election also serves as a pre-game of sorts for the 2020 presidential election: If Abraham wins, it would send a clear message that Louisiana is still with the president–but an Edwards re-election victory would have the reverse effect, pushing the narrative that the left is on the rebound in red states. Early polling of the race has Abraham right behind Edwards, just outside the margin of error, with Edwards significantly struggling as he heads for re-election in the fall.

The jungle primary system in Louisiana sets up a first round vote in October, and then a runoff in November. It is expected that Abraham and Edwards will face off in the runoff, even though another GOP candidate is vying for the nomination but lagging in the polls.

Abraham greeted Trump at the airport, tweeting out this photo of himself with the president on the ground: 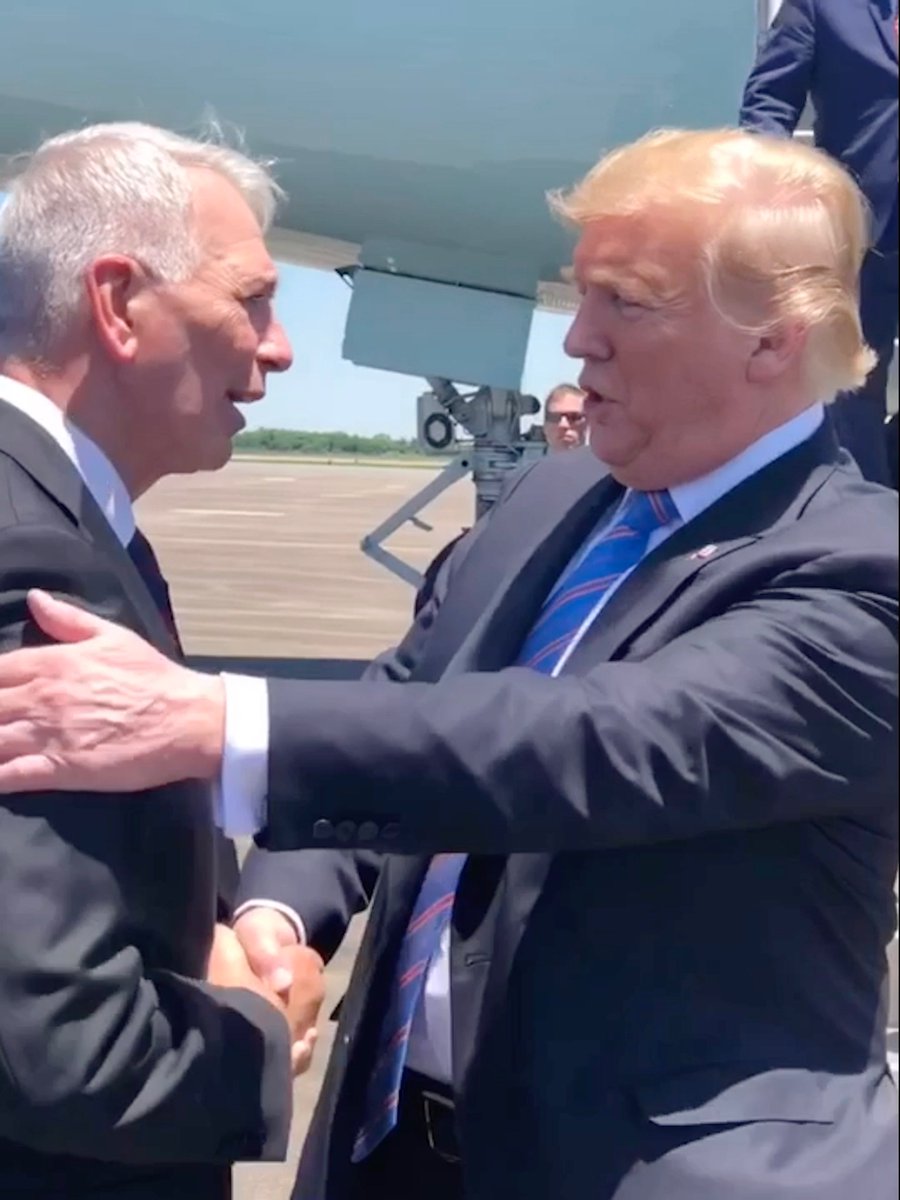 Dr. Ralph Abraham – ✔@DocAbraham – Fired up to greet @realDonaldTrump and welcome him to our great state.  The President has turned this country around by lowering taxes, supporting our families, and bringing back quality jobs.

I will do the same thing right here in Louisiana.#lagov

Meanwhile, at an event with workers at an energy facility in Louisiana, Trump received a standing ovation when he promised that a forthcoming infrastructure deal will get Louisiana a brand new bridge:…
Read the entire article here:  https://www.breitbart.com/politics/2019/05/14/louisiana-greets-president-trump-with-warm-welcome-were-fired-up-to-have-president-trump-here/ The Left Loves Abortion So Much, It Endangers Women With Lies About Emergency Care, by Mary E. Harned and Dr. Ingrid Skop The Costs of Catholic Silence as the World Looks for Answers, by Robert Morrison