In an overdue effort to give men a voice in the abortion dialogue, the LA Times featured an article by the executive editor. It chronicled his then- girlfriend’s’ abortion 57 years ago. Norman Pearlstine’s article is “Lesson from a pre-Roe vs. Wade Experience: Men cannot be silent on abortion rights.” He recounted how, before Roe, Pearlstine and his girlfriend had to search out an abortion. They found an osteopath practicing illegally. He agreed to the procedure. Sadly, the abortion caused his girlfriend to hemorrhage. It left her sterile after an emergency visit to the hospital.

Incredibly, his story was not one of penance or even lament. Pearlstine and his girlfriend married. They remained “passionately pro-choice” throughout their lives. Pearlstine’s only regret? The limited availability of abortion practitioners back then. And his failure to speak up sooner, getting vocally behind abortion. His wife died, and now he’s going public. “I believe men, under similar circumstances, have shared my preference for silence while encouraging women to assert their reproductive rights,” he wrote.

Pearlstine is right about one thing. Too many men have quietly shirked responsibility. Hidden like cowards behind the pretense of deferring to women on this issue. But such men are not advancing the rights of women. They’re just washing their hands of them. Is Pearlstine rejecting the status quo of men as mute accomplices? Then I agree with him.

But it stops there. Pearlstine got everything else dead wrong. If he were a man who had recently advocated an abortion under duress, I could understand. But decades have passed. He and his wife couldn’t have children. And he has learned, apparently, nothing.

In a moment of fear Pearlstine made a choice. It cost him his fatherhood not once, but forever. And he does not regret it. His perverse response is to tell men to advance abortion. But what did abortion do for him or for his wife?

Pearlstine cannot speak for men. Not while he’s still in denial. Not til he faces his failure. He failed as a man. He chose not to protect the woman and child life entrusted him with. As a man who was irreversibly affected by a post-Roe culture, I cannot sympathize with his story as a pre-Roe tragedy. In fact, I would have given anything to live during a time when abortions weren’t so rampant and unrestrained. Maybe my daughter would have survived.

I Lost My Daughter to the Culture of Death

My own journey started when I was just 17. One Saturday morning my girlfriend sat down on the edge of my bed. She woke me with news of her pregnancy. My shoulder pads and football helmet sat on the floor. Posters of my heroes Walter Payton and Mike Singletary hung on the wall. In a boys’ room, I learned I was embarking on a man’s journey. 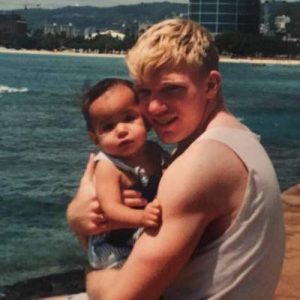 We agreed on what to do. I would join the Army, so I could support us. She would take prenatal vitamins and hide her pregnancy with baggy clothing until I was through with basic training. We would tell our parents when I returned.

And that’s exactly what we did. I enlisted, packing my clothes and a razor I barely needed in my Scooby Doo pillowcase. Then I left for basic training.

We answered this challenge as countless human couples had for millennia. But times had changed, and death was in the saddle.

A Forced Abortion. They’re Commoner Than You Think

One Sunday morning, I was washing pots and pans to avoid church service. A private rushed into the kitchen. My girlfriend was crying inconsolably on the phone. I have never heard crying like that before or since. “I am so sorry. So sorry,” she kept repeating, “It wasn’t me!” Her father had discovered our secret and had forced her to get a late-term abortion.

Every man, unless he lies to himself, has an impulse to protect his child and her mother from violence.

Just then a drill sergeant reached over my shoulder and hung up the phone. (I did not have phone privileges.) I punched him. Soldiers dragged me to an office where I cried, “Somebody call the police! My child has been killed!”

When I explained, my captain shook his head. He had to inform me that no crime had been committed. What happened was perfectly legal. I was floored. Somehow, I’d never realized that abortion was de facto possible through all nine months of pregnancy.

He took pity on me and gave me a roll of quarters to call my girlfriend back. I listened. She cried. I could think of nothing else but to make her a promise. I vowed that I would spend the rest of my life fighting abortion. And I have been doing my best ever since. I am now a father of seven and an activist. But one of my children (we’d named her “Jessica) was stolen from me.

So no, we men can’t be silent.

I may have been a naive boy. But I was more of a man at 17 than Pearlstine is today, in his late 70s. Every man, unless he lies to himself, has an impulse to protect his child and her mother from violence. And indeed, my instinct didn’t tell me to pay for the dismemberment of my child. It goaded me to provide for her and protect her.

I wish the whole world could see abortion the way this young, uneducated, irreligious, 17 year-old, high school dropout saw it. That is, as totally unthinkable. It is still unthinkable.

When a man pays for an abortion, he pays for the dismemberment of his child. It is nothing less than that. It is wicked, shameful, evil. To see a man calmly reflect on that, and double down that he did the right thing….

I can’t fathom it. It’s so unnatural. We’re wired to protect the most vulnerable members of the community during their most vulnerable times. Why are some “men” so afraid of a baby? Can we really call them men?

I became a father again at 18. After getting out of the Army, I threw myself into three jobs. I took all the overtime hours offered. I went to community college during the day and worked at night. (I’d later finish at the University of Hawaii and go on to graduate school.)

And I knew that I wasn’t oppressed but privileged. Yes, it’s a privilege to work to provide for one’s family. My children are treasures. I can’t fathom deadbeat dads. And I can’t wrap my head around the proud fathers of children they tore apart. 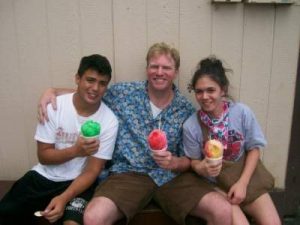 You wouldn’t throw a winning lottery ticket in the trash. But millions of men send a treasure of infinitely more value to medical waste dumpsters.

Why? What’s missing from such men? How can we train boys better?

Those are the questions we need to ask. That’s the message men need to hear. Post abortive men are wounded and angry. But few try to help them. Post abortion ministries mostly deal with women.

Men heal through work. We have to assess our real roles in the abortions and come to terms with that. Then we can start to heal through work and service. We can work towards legislation that protects child in womb from violence of abortion.

Only then will we be whole men again.

Jason Jones is a Senior Contributor to The Stream. He is a film producer, author, activist and human rights worker. You can follow him @TGCWithJason