Msgr. Charles Pope: A Cry From the Heart About ‘Traditionis Custodes’ and the Latin Mass

Corporations Are Steamrolling Small Business, Buying Up Homes, And Crushing The Dream, But We Can Fight Back, by Christopher Bedford Traditional Catholics are among the sheep of Christ’s flock, and they need a shepherd’s care. 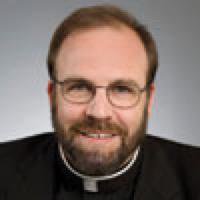 Many have already written well of the concerns and heartache elicited by the Pope’s motu proprio, Traditionis Custodes, which sets strict norms limiting the celebration of the Traditional Latin Mass. I have celebrated in this “extraordinary form” (as well as the ordinary form) for more than 32 years and written often of it. Hence, I seek to add my voice.

I must say that I am grieved and stunned by this document and the letter to the bishops that accompanied it. I think not so much of my own potential loss but of the many Catholics I have served who love the extraordinary form. For so long and in so many places they have often been treated harshly and have been marginalized for their love for the form of the liturgy that most of the saints knew.

Pope Benedict and Pope St. John Paul II sought to heal the rift by gradually normalizing the celebration of the older form of the Roman Rite in the life of the Church. In effect they said to such Catholics, “You are important to us. You are our sons and daughters. Your love for the tradition is legitimate and understandable and we have obligations to care for your spiritual needs and well-being.” …