It has been awhile since we last featured some of the impressive ecclesiastical architecture being built today, so I would like to turn your attention to a chapel built just a few years ago, designed by McCrery Architects and executed in partnership with Clark Architects Collaborative: St. Thomas Aquinas Chapel in Lincoln, Nebraska.

While the project also included the construction of a Newman Center, our own particular focus is the chapel. The exterior of the chapel is heavily influenced by the Romanesque. Especially striking is the octagonal dome/tower which is reminiscent of many of the historical churches found in Milan and other parts of Italy. 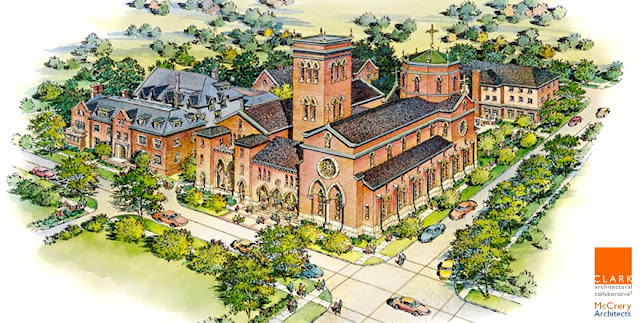 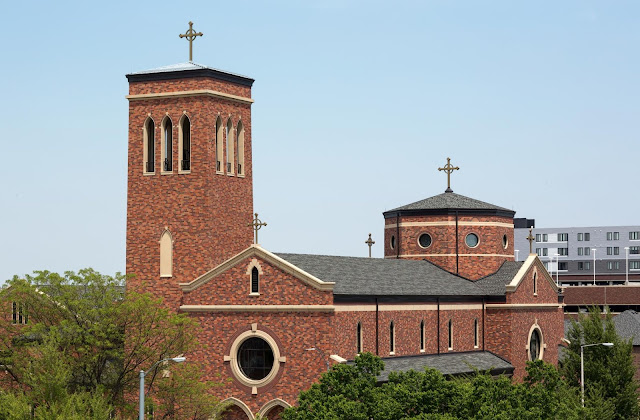 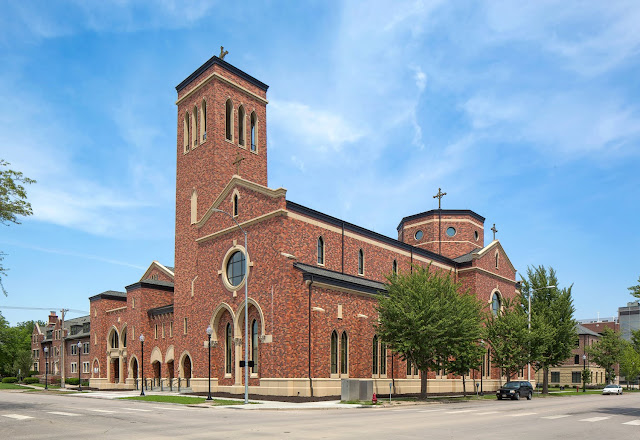 As we move to the interior, we see a mixture of styles, some of which borrow from the ancient basilica model, others gothic, and still other aspects which have an Other Modern quality.

Here is the view from the narthex which shows a very classic and traditional ordering. 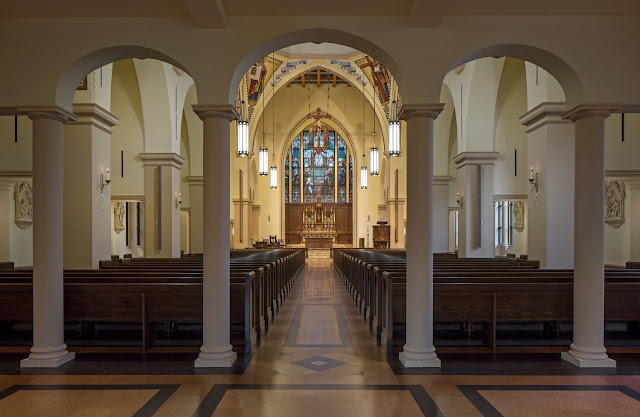 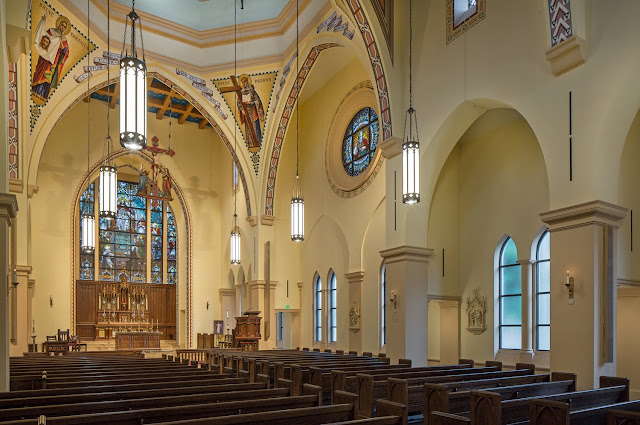 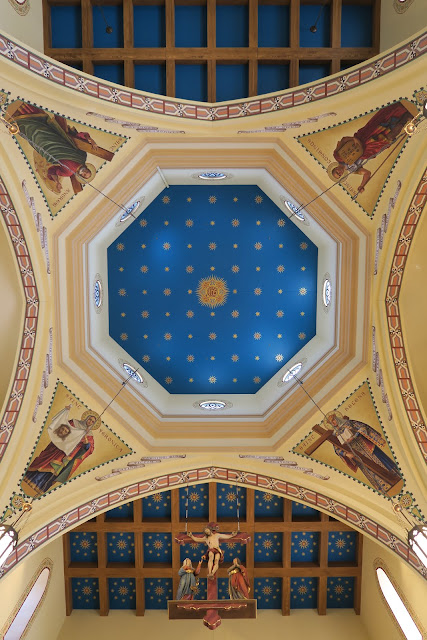 One particularly pleasing part of this design is the beautiful painted work that has been utilized on the ceilings and other parts of the building; these really bring the chapel to life.  Hanging gothic lighting was also used; these are in good proportions for a chapel of this size, effectively leading one’s eye down the nave and toward the rood and altar. 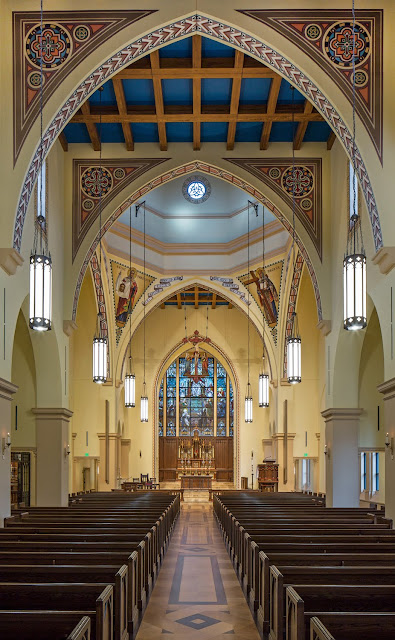 To the one side is a full-fledged Lady Chapel. What particularly is pleasing here is the use of iron work in the form of a grille to separate this chapel from the rest of the building. Ironwork such as this is a traditional feature of many churches in Europe — and an under-utilized feature in modern church building.  It’s use is not only beneficial ornamentally, it also provides a sense of intimacy to these spaces by enclosing them, though without segregating them entirely from the main body of the chapel itself. 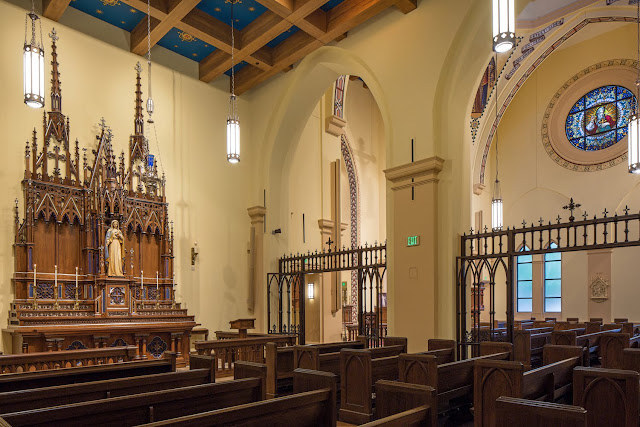 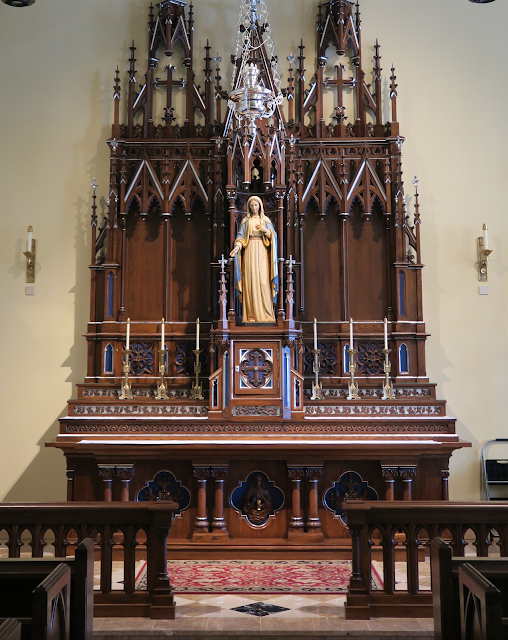 Let’s move back into the main church and take a look at a few more details. 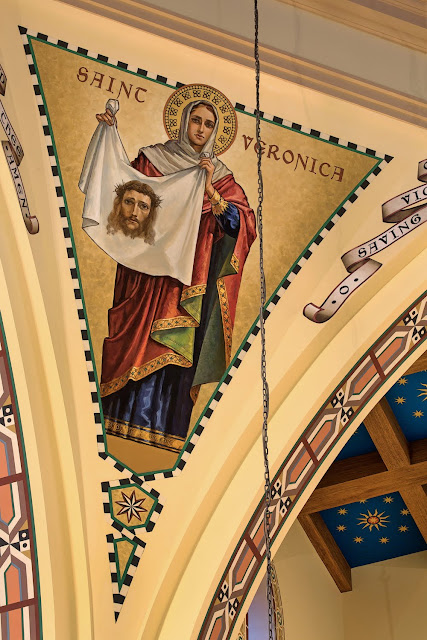 As always, the most desirable view of any of these liturgical arts is within their proper liturgical context and I can think of little better example to show you than this recent Rorate Mass (usus antiquior) that was held in the chapel at 6:30am and which was attended by over 400 students — no small feat for an early morning Mass.

An inspiring chapel that seems to have already become an important part of the student community and broader community in general.

Founder and Editor of the Liturgical Arts Journal. His writing interests include vestment design, book arts, architecture and liturgical history.