‘As a Bishop, It Is My Duty to Warn the West’: An Interview With Cardinal Sarah U.S. Secretary of State Mike Pompeo during an interview with EWTN ProLife Weekly.

The Secretary of State made the promise during an interview with EWTN Pro-Life Weekly, broadcast April 4. 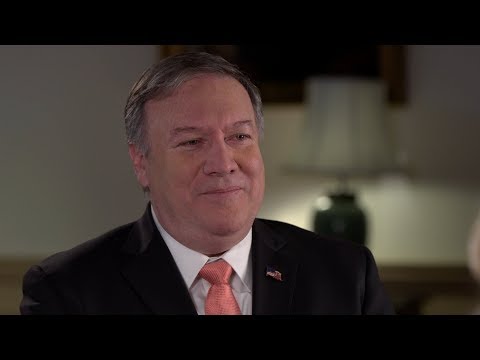 “We will enforce a strict prohibition on backdoor funding schemes and end-runs around our policy,” Pompeo told reporters on March 26. “American taxpayer dollars will not be used to underwrite abortions.”

In an interview with Catherine Hadro, Pompeo said that President Donald Trump had made clear to him that protecting the unborn “is an important part of what this administration is working to do.”

Part of that work, Pompeo said, is working to ensure that taxpayer funds aren’t used to support nongovernmental organizations that perform “abortion or abortion-related services.”

“We want to do everything we can to make sure that that does not happen,” he said, adding that the strengthened policy will close “loopholes” that allowed nongovernmental organizations to circumvent the policy. 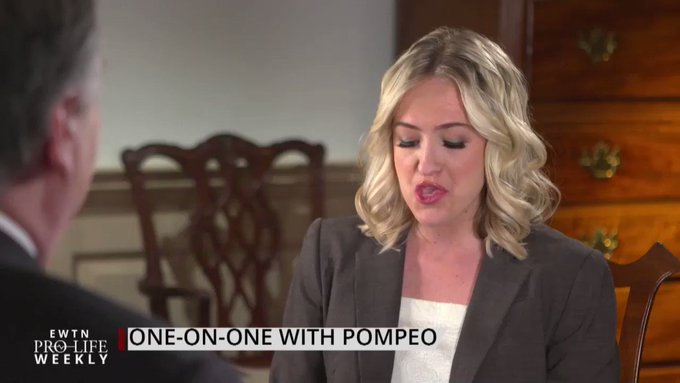 U.S. Secretary of State Mike Pompeo speaks to @EWTNProLife tonight with more details about his recent pro-life announcement from the State Department.

Pompeo also said last month that the administration will fully enforce the Siljander Amendment, a federal law that prohibits the use of taxpayer funds—including foreign assistance—for lobbying either for or against abortion overseas.

Pompeo said that unsparing enforcement of this existing law would be “a substantial step.”

“We want to make sure that everything we do in the way that we contract, in the way we communicate, every organization to which United States taxpayers provide funds understands their obligation, their duty to ensure that there’s not the promotion of abortion anywhere in the world,” he said.

“We know the First Amendment here in the United States,” Pompeo said. “We’re doing nothing to deny anyone the ability to speak about a subject that they deem important and indeed even if they disagree with this administration’s views. What we’re simply saying is that the American money, American policy is going to push back. We’re going to do our level best to ensure that the least amongst us, the unborn, aren’t—with U.S. taxpayer dollars—aborted.”

Asked what Trump has said about protecting life overseas, Pompeo replied, “he’s made it clear: that’s the mission.”

Kate Scanlon is a producer of EWTN Pro-Life Weekly