One Year Later: Trump Hailed as ‘Most Pro-Life President in Modern History’ One year after his election to the presidency, national pro-life leaders are praising Donald Trump for his clarity and leadership in protecting unborn babies and their mothers from abortion.

“President Trump has been the most pro-life president in modern history, slashing the Mexico City Policy shortly after taking office, which sent millions of taxpayer dollars overseas to pay for abortions,” Penny Nance, CEO and President of Concerned Women for America, tells Breitbart News.

Within days after his inauguration, Trump reinstated the “Mexico City Policy,” one that prohibits any non-governmental organizations (NGOs) that receive U.S. aid from performing and promoting abortion overseas.

In enacting the policy, Trump also expanded it by directing the Secretary of State to ensure the ban on taxpayer funds for overseas abortions is in place across most U.S. global health programs that provide assistance.

His nomination of Judge Neil Gorsuch to the United States Supreme Court is a pro-life appointment that will have ramifications long after President Trump leaves office. He has also stacked the Department of Health & Human Services with pro-life warriors who are already making positive differences for the protection of the unborn. He has picked individuals to advise him who have solid pro-life credentials, such as Vice President Mike Pence and Counselor to the President Kellyanne Conway. He has kept – and I will believe will continue to keep – the promises he made to pro-lifers during the campaign of signing into law a ban on 20-week abortions and ultimately defunding Planned Parenthood, with the help of supposedly pro-life Congressmen and women.

The nomination of Gorsuch and other federal judges with pro-life credentials tops the list of many anti-abortion leaders reflecting on the first year of Trump’s presidency. Liberal judicial activism is the primary way in which Planned Parenthood, the ACLU, and others in the abortion lobby have blocked pro-life policies. These organizations have challenged many GOP-led state legislatures that have passed laws restricting late-term abortion or ensuring abortion clinics meet the health and safety standards of other outpatient facilities. 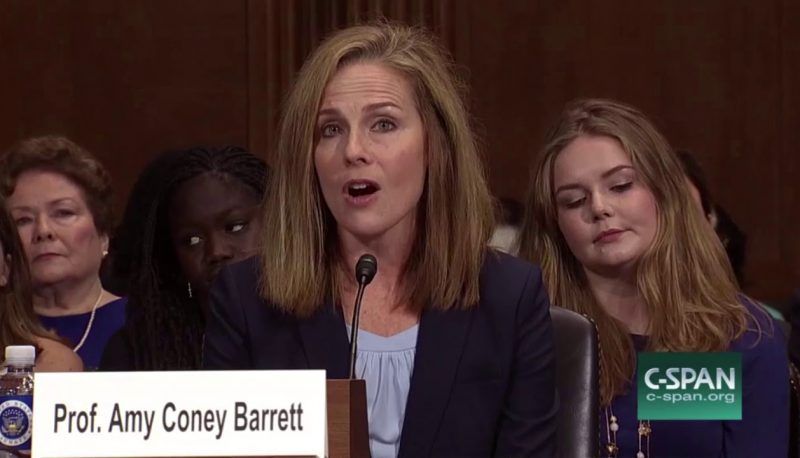 Planned Parenthood ✔@PPact  Amy Coney Barrett hasn’t kept her hostility for #reprorights a secret. Her extreme views have no place on the bench: http://ppact.io/2lAiIm3

While on the campaign trail in 2016, Trump promised his base he would fulfill four pro-life promises:

Though Planned Parenthood has yet to have the bulk of its taxpayer funding eliminated, in April Trump signed a resolution that overturned former President Barack Obama’s end-of-tenure rule that forced states to provide family planning grants under Title X to Planned Parenthood and other abortion providers.