Like Wen, they learned to their dismay that ‘Planned Parenthood only cared about abortion,’ not on providing a broad range of health care to women in need. 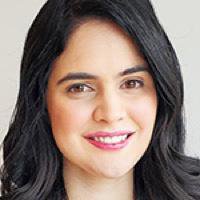 In her recent book, former Planned Parenthood president Leana Wen outlined how her vision of expanding mainstream health-care options at the nation’s largest abortion provider led the group to part ways with her in favor of a continued focus on abortion advocacy.

Several former Planned Parenthood workers who have since become pro-life told the Register that they had similar experiences of being dedicated to providing health care to women in need, but becoming disillusioned with Planned Parenthood as they realized that the focus was on abortion.

In her book titled Lifelines, Wen — the first physician to head the abortion giant — discussed how, prior to accepting the job at Planned Parenthood, she thought “many patients depended on Planned Parenthood as their only source of care.” As a result, she wondered, “why shouldn’t the organization expand its services to provide primary care and mental health care, too? Planned Parenthood was one of few health-care providers with a presence in all fifty states — why shouldn’t it aim to extend its care to millions more women and families in rural and urban underserved areas?” …