HOUSTON, Texas, November 28, 2018, (LifeSiteNews) – More than 50 members of law enforcement agencies descended on the offices of Cardinal DiNardo, president of the United States Conference of Catholic Bishops, in the Archdiocese of Galveston-Houston chancery searching for “secret archives” related to clergy sexual abuse.

According to multiple media reports, the team entering the building consisted of members of the Montgomery County District Attorney’s Office, Texas Rangers, and Conroe Police officers. 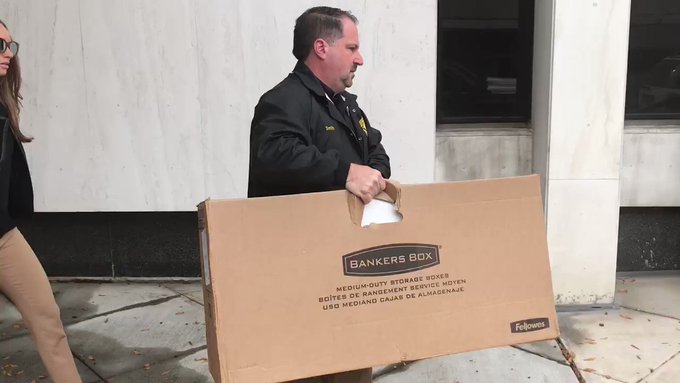 623 people are talking about this 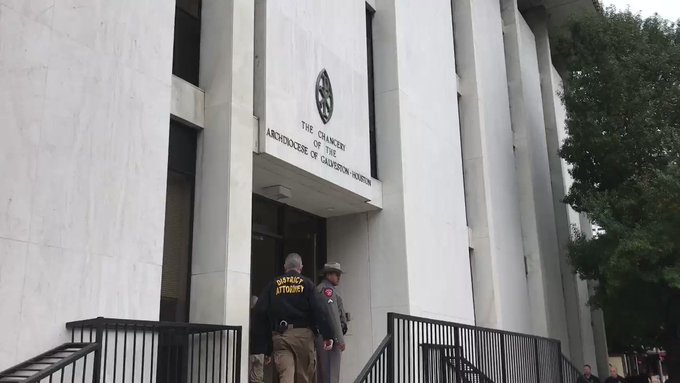 “Doubly significant as the home-base of USCCB President Card DiNardo, Houston Chancery served with prosecutor warrant for files this morning,” noted Rocco Palmo of the Whispers in the Loggia blog.

The District Attorney’s Office indicated that were looking for documents in connection to the criminal case of Fr. Manuel LaRosa-Lopez who was recently charged with 4 counts of indecency with a child.

“A man and a woman claimed they were abused as teenagers by LaRosa-Lopez between 1998 and 2001 at the Sacred Heart Catholic Church,” according to the KHOU report.

“Both people accuse Cardinal Daniel DiNardo, who oversees the Archdiocese of Galveston-Houston, of not doing enough to stop La Rosa-Lopez,” continued the report.  “One of them said DiNardo promised her that the priest would be removed from any contact with children, only to later discover that LaRosa-Lopez remained in active ministry at another parish, St. John the Fisher in Richmond.”

Tyler Dunman of the Montgomery County D.A.’s office said, “We will take any document o[r] piece of information related Father Manuel La Rosa Lopez or involving any other criminal activity,” according to Fox10Phoenix.com.

The Archdiocese of Galveston-Houston issued the following statement following the raid:

This morning, the District Attorney of Montgomery County executed a search warrant for records and information related to an ongoing investigation. The Archdiocese of Galveston-Houston continues to cooperate, as we have since the outset, with this process. In fact, consistent with Cardinal DiNardo’s pledge of full cooperation, the information being sought was already being compiled. The reporting of a “secret archives” is merely a Church term pertaining to confidential documents kept in a secure manner for the protection of the privacy of individuals — not unlike medical records.  Pending additional information or developments, the Archdiocese will have no further comment on this ongoing investigation.

Just two days before the Wednesday morning raid, Cardinal DiNardo authored a an op-Ed for the houston Chronicle, titled, “Clergy abuse will be handled with transparency,” in which he said:

[R]egarding Father Manuel La Rosa-Lopez, we met with his male accuser in August 2018 to hear about his complaint which dates back to the late 1990s. After our meeting, Father La Rosa-Lopez was removed from ministry. The law requires that child abuse allegations are reported to either Child Protective Services or law enforcement. While we reported this allegation to CPS, we have reviewed our procedures and in the future we will contact both law enforcement and CPS simultaneously. We continue to cooperate fully with this investigation.

As other media outlets have reported, two of our other priests remain in ministry who have each been accused of sexually abusing a minor in the 1970s and 1980s. Both priests denied the allegations, and each accusation was reviewed by the Archdiocesan lay review board comprised of individuals with backgrounds in law enforcement and mental health, who after reviewing the facts, recommended that both priests be allowed to continue in ministry. These are the only accusations made against either priest who have each served more than 40 years in the Archdiocese.

This Archdiocese takes every allegation of wrongdoing brought to our attention seriously, and is fully cooperating — and will cooperate — with any and all investigations related to the clergy abuse of minors. In that sense, the Church of today is different than the Church of the 1970s and 1980s. We recognize the only way to resolve the abuse crisis and restore trust with the faithful is to address any and all accusations of abuse squarely and transparently. While the Church as a whole has made important strides especially since 2002 in addressing this evil, we still have important work to do. We can, and will, do better.

Earlier this month as the USCCB’s Annual Fall Assembly kicked off in Baltimore, DiNardo shocked the gathered prelates as he informed them of a last-minute directive from the Vatican telling the U.S. bishops to hold off on voting on two measures aimed at addressing the sexual abuse crisis in the U.S. Church.

DiNardo had promised in August that the Conference would address the abuse scandal.

In September, DiNardo led a small team of U.S. prelates to Rome to meet with Pope Francis, hoping that the Pope would agree to an apostolic visitation aimed at investigating the Archbishop McCarrick abuse allegations, but their efforts were rebuffed.

Cardinal DiNardo has served as president of the USCCB since November 2016.

This is a breaking story.  Check back for updates at LifesSiteNews.