Politics: Iran, Again (For 40 Years, Tehran’s Philosophy Has Been.. ‘Death to America!’) by Jim Geraghty

Msgr. Charles Pope: Multitudes in the Valley of Decision! A Meditation on the Dramatic Battle in Which We Live Ahmadinejad with Ali Khamenei, Ali Larijani and Sadeq Larijani in 2011

For 40 years, Tehran’s philosophy has been simple and direct: ‘Death to America!’ 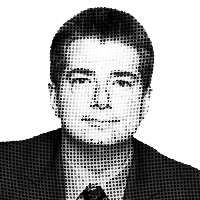 Since 1979, no one in the United States has figured out a good way to handle the regime in Tehran. For 40 years, we’ve been having the same arguments, and no matter what we tried, the results were disappointing. It is hard to overstate just how spectacularly unprepared the U.S. government was for the Iranian Revolution in 1979. The House Intelligence Committee revealed in a January 1979 report that two CIA long-term analyses written in the late 1970s had left policymakers with the impression that the rule of American-aligned Shah Mohammad Reza Pahlavi was stable and strong. The House report cited a 60-page study from August 1977, titled “Iran in the 1980s,” that predicted that “the Shah will be an active participant in Iranian life well into the 1980s” and “there will be no radical change in Iranian political behavior in the near future.” The House also cited the CIA’s separate assessment in 1978, in its report titled “Iran After the Shah,” that “Iran is not in a revolutionary situation or even a ‘pre-revolutionary’ situation.”

Watching in horror as thugs grabbed our blindfolded embassy staff and paraded them before the cameras, Americans instantly learned that this was a regime that had no regard for any international law, traditional diplomacy, or morality. A revived relationship and summit meetings were unthinkable; anyone who met with Iranians on their soil was a potential hostage. The crowd of angry revolutionaries chanted “Death to America,” and the Iranian parliament and other official government meetings and rallies routinely began with the chant. Not even the Soviets began their Politburo meetings like that. By 1987, the regime instituted “Death to America Day.” Their Iranian prime minister introduced the national holiday by saying, “Tomorrow will be . . . a day of God on which America should tremble . . . the day when the arch-Satan will be placed under our feet.” ….