Report Card: How Does America Rate One Year After the Election?

How to Trust Your Feelings We should not only look at the economic progress that has undeniably led to greater opportunities. The most important progress must above all be in the moral realm. If the nation is to prosper, it needs to return to that moral code based on the Ten Commandments and natural law that are the foundation of our constitutional order. This should be the metric upon which we judge our progress. Any other metric does not address the real issues.

Just over a year has passed since a conservative wave swept over Washington that took control of the White House, Senate and House. The election of President Donald Trump brought relief among an electorate that had feared the worst. It also awakened the great hope that America might return to the moral order that made America great. After the State of the Union speech, we should evaluate what has happened over the year.

Of course, any analysis of the state of the nation must include not only that of the present administration but America as a whole. Our evaluation must ask where America is going and if we are taking the needed measures to right the course. It should include the three main components of any return to order.

Components of a Return to Order

The first component is the state of the American family. We must ask if families have improved over this last year. We should ask why so many families are breaking up or not forming at all. We must look at the permissive quagmire that still brings down the nation.

Are leaders fearlessly doing everything possible to advance the cause of life, the traditional family and Christian morals? Are there major advances in these areas as we evaluate 2017?

In reply to these moral questions, pro-life conservatives have every reason to be encouraged by many judicial appointments, executive orders and other initiatives of the new administration clearly favoring life. However, we cannot give high marks to the year until we see a clear path to the total defeat of abortion, the complete total defunding of Planned Parenthood and the end of the culture of death. These are the hard metrics which must be adopted to evaluate our progress.

Pro-family activists must ask the painful question if the sacred institutions of marriage and the family will be defended against the homosexual agenda as defined by Obergefell v. Hodges. Are judges going to continue their tyranny by forcing homosexual and transgender policies on federal workers and contractors, the military, the nation’s schools and Christian merchants?

Can we say that, inspired by the political leadership, America has advanced in moral strength over the year? Have we seen the diminishing of a politically correct culture that denies all notions of right and wrong?

We can say a good beginning has been made in some of these fields in 2017. In other fields, however, the Culture War agenda continues to advance unabated. We are still seeing America and its families being torn apart. We are still seeing the advance of the homosexual and transgender agendas in society, business and schools. As long as hundreds of thousands of unborn children die yearly, as long as families are breaking up, and as long as youth suicides and opioid deaths soar, we cannot be satisfied with the state of the moral union.

Returning to an Anti-Socialist Order

The second component of a return to moral order is the pursuit of an anti-socialist organization of society based on private property and free enterprise.

Again we might report some good development in this field. It is true we have seen a reversal of crippling regulations. There was also the landmark tax bill that liberated the nation from oppressive taxation and helped stimulate the economy. We withdrew from the Paris Climate Agreement which threatened our industries from stifling environmental tyranny.

However, there was also the failure to repeal Obamacare, Dodd-Frank and other Obama-era legislation. Little has been done to downsize government to its legitimate and constitutional limits and eliminate massive one-size-fits-all programs that weigh down the government and increase the deficit. 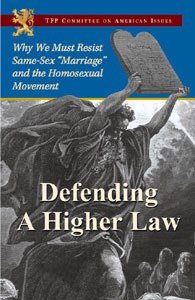 We must sadly evaluate the state of our military that defends our society. As this first year ends, America’s defense forces are overstretched and underfunded, having suffered terribly from the sequester of the defense budget over the years. We must regret the fact that the Armed Forces are still the victims of social engineering projects that included homosexual, transgender and women-in-combat experiments that put political correctness over military effectiveness and troop morale.

Like the family, we can be encouraged by progress in some fields. However, so many government sectors still remain untouched. We cannot be satisfied as long as government remains the dominant solution, our defenses are crippled and spending goes uncontrolled.

A Return to God

The final component of a return of order is a return to God. America has always been a nation that trusted in Divine Providence. We need to ask ourselves if our trust in God has increased. We need to ponder if we are living in a manner pleasing to God. We need to ask if we are building a moral America that God will bless.

Again we can report some developments in that the mention of God in public discourse may have increased. However, it has not stopped the political correctness that is banishing God from His rightful place in society, and even replacing Him with the public worship of Satan. We live in America that is taking down crosses and toppling Ten Commandments monuments from the public square. If America is to prosper and be great, America must get it right with God again.

Thus, we can be encouraged by some developments in 2017. However, we must be realistic in seeing that the needed fundamental changes have not yet come. This will happen not only from urgent executive, legislative and judicial actions to right the nation’s course. There must also be a change of heart involving the very core of our culture. Only then will we be able to celebrate progress that will reflect the greatness of one nation under God.