Laity speak out, urge action in face of Vatican silence

Outrage continues to mount over Cdl. Donald Wuerl’s involvement in the upcoming Youth Rally and Mass for Life.

In spite of the growing outcry over his presence, the disgraced D.C. archbishop is still scheduled to preside at the Friday event.

Complicit Clergy has launched a video asking U.S. bishops to call for the removal of Wuerl from all public ministry, including the Mass for Life.

“Wuerl has proven unworthy of the office of cardinal,” a representative from Complicit Clergy told Church Militant on Monday. “He should voluntarily resign — if he refuses, Pope Francis should ask for his resignation.” 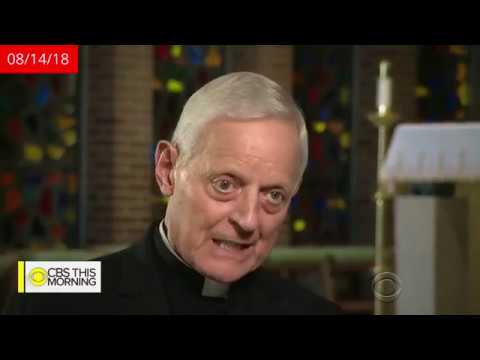 But so far, after finally accepting Wuerl’s resignation in September, the Pope remains mute on Wuerl’s ongoing participation in the religious life of the archdiocese of Washington.

To many faithful Catholics, the silence from Rome is further undermining the Vatican’s credibility on the clerical sex abuse crisis.

“The dark swirl of scandal around this prominent prelate is undermining the Church’s already faltering credibility,” said Beverly Stevens of Regina Magazine on Monday. “He has no business appearing in public, not to mention celebrating Mass. It’s inviting even more division and scandal.”

Given how he has been caught in a clear attempt to deceive the faithful regarding what he knew about McCarrick’s abuses, Wuerl should be removed from both the College of Cardinals and from public ministry.

“For Cdl. Wuerl to even agree to celebrate the Mass on the vigil of the March for Life is a slap in the face,” he told Church Militant. “I have to wonder if this is just another one of his attempts to clean up his own image in the face of his own scandalous behavior.”

“Given how he has been caught in a clear attempt to deceive the faithful regarding what he knew about McCarrick’s abuses, Wuerl should be removed from both the College of Cardinals and from public ministry,” he added.

In the face of Wuerl’s continued involvement in the religious life of the Washington archdiocese, laity are fighting back. Some are urging Mass for Life attendees to turn their backs on Wuerl during the ceremony or to wear shirts calling for his removal.

Complicit Clergy, meanwhile, has set up a “Contact Your Bishop” page, through which laity can write, phone or email their particular prelate. The group has also released a petition to remove Wuerl from active ministry, complete with a list of the many strikes against the D.C. archbishop’s credibility. The petition reads:

“When you sign the petition,” Complicit Clergy notes, “an email will be sent to the Archdiocese of Washington DC, the US Papal Nuncio and the Vatican.”