Elizabeth Holmes is not a tyrant. But her inability to see the reality around her helps us understand how tyrants are made.

Jonathan Miltimore is the Managing Editor of FEE.org. His writing/reporting has been the subject of articles in TIME magazine, The Wall Street Journal, CNN, Forbes, Fox News, and the Star Tribune. 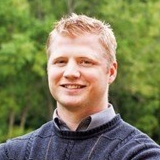 The rise and fall of Theranos founder Elizabeth Holmes finally came to an end Monday. A jury found the tech icon guilty of conspiracy to defraud investors, as well as guilty on three counts of wire fraud.

Few in history have risen faster — or fallen harder — than the 37-year-old entrepreneur who built her multi-billion dollar company after dropping out of Stanford University in 2003 when she was just 19.

Once widely hailed as the next Thomas Edison or Steve Jobs, Holmes, who was found not guilty on several related charges by a jury that failed to reach a verdict on some charges, now faces the real prospect of extended time behind bars. …