The Catholic Case Against Communism, by Paul Kengor Pope John Paul II meets with the dictator of Poland Gen Jaruzelski June 17, 1983 at the height of his totalitarian regime.

COMMENTARY: What Karl Marx said about Christians, Jews and Blacks underscores the radical divide between communist ideology and Catholic doctrine.

Paul Kengor Paul Kengor is professor of political science at Grove City College in Grove City, Pennsylvania. His books include A Pope and a President, The Divine Plan and The Politically Incorrect Guide to Communism. 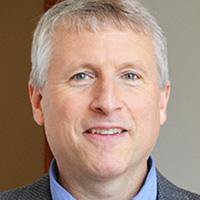 In July 2019, America magazine, the top Jesuit publication, published a piece titled, “The Catholic Case for Communism,” with an accompanying photo of Bolivian leader Evo Morales handing a “communist crucifix” to Pope Francis. It suggested that Catholics can find common cause with, or a kindred spirit in, Karl Marx and his atheistic-materialist philosophy.

Nothing could be farther from the truth.

Having just published a book whose title (The Devil and Karl Marx) suggests just the opposite, it pains me to see that any Catholic would believe that Marx and communism are compatible with Catholicism. Such a notion is astonishing, not only given the Catholic Church’s longtime intense opposition to communism, but also given the intense opposition to Christianity by the founders and disciples of communism.  …