The Disaster in Afghanistan is Worse Than the Fall of South Vietnam, by Steven Mosher

A Time for Truth About Afghanistan, by Regis Martin Photo by Sohaib Ghyasi on Unsplash

LifeSite has launched a LifeFunder campaign to support the rescue of these vulnerable souls from the hands of the Taliban. Please prayerfully consider contributing today by clicking here.

Steven Mosher is an internationally recognised authority on China and population issues as well as an acclaimed author and speaker and founder and head of the Population Research Institute. He was the first American social scientist to visit mainland China in 1979 where he witnessed women being forced to have abortion under the new “one-child-policy” which he then exposed to the world. … 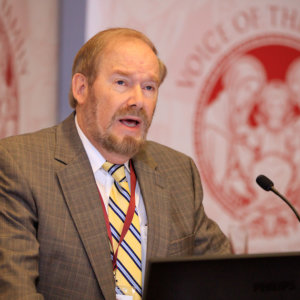 KABUL, Afghanistan (LifeSiteNews) — Just when you thought it couldn’t get any worse, we are now receiving credible reports that over the past 72 hours groups of Americans have been refused entry to Kabul Airport.

Lara Logan, a well-known investigative reporter, tweeted Saturday that “Most Americans don’t understand what’s happening in Kabul – been on this all night with no end. US citizens are fighting through enemy lines to get to the airport. When they show their blue passport to 82nd [Airborne] soldiers at the gate, many are turned away and sent back to the Taliban.”

If you thought that President Joe Biden sent the 82nd Airborne to Kabul to make sure that all Americans were evacuated, you would be mistaken. The vast majority of those who have been evacuated are Afghanis, and now Americans are being left behind. As Logan herself later tweeted, “All that stands between these Americans and safety/home is the US govt and military.” …