Fr. Mike Schmitz: Confession is a Place of Victory (Video) The Supreme Court turned back a constitutional challenge to a 40-foot World War I memorial cross in Maryland Thursday, finding that the monument does not violate the First Amendment.

Justice Samuel Alito delivered the opinion for the Court, with a total of seven justices finding that the memorial — known colloquially as the Peace Cross — should be upheld. The decision drew a deluge of separate opinions. Justices Ruth Bader Ginsburg and Sonia Sotomayor were the two dissenters.

“After the First World War, the picture of row after row of plain white crosses marking the overseas graves of soldiers who had lost their lives in that horrible conflict was emblazoned on the minds of Americans at home, and the adoption of the cross as the Bladensburg memorial must be viewed in that historical context,” Alito wrote.

“It has become a prominent community landmark, and its removal or radical alteration at this date would be seen by many not as a neutral act but as the manifestation of ‘a hostility toward religion,’” he added.

A three-judge panel of the 4th U.S. Circuit Court of Appeals found that the Peace Cross impermissibly endorses Christianity. The so-called “reasonable observer” test provides that government displays that are perceived to endorse or disparage a particular religion violate the First Amendment.

“One simply cannot ignore the fact that for thousands of years the Latin cross has represented Christianity,” Judge Stephanie Thacker wrote for the majority. “Even in the memorial context, a Latin cross serves not simply as a generic symbol of death, but rather a Christian symbol of the death of Jesus Christ.”

In a subsequent dissent, Judge Paul Niemeyer, who warned the decision imperils similar monuments within the 4th Circuit’s jurisdiction, including those at Arlington National Cemetery. (RELATED: Here’s How Many 2020 Democrats Support Expanding The Supreme Court)

The case arose in 2014, when three Maryland residents sued the parks commission with the support of the American Humanist Association (AHA). The plaintiffs say that the Peace Cross violates the First Amendment’s ban on religious favoritism.

The American Legion intervened in the case given its historical connection to the monument. The Legion originally erected the memorial shortly after World War I, but ceded control of the site to a Maryland state parks commission in 1961. Veterans groups still host annual programs at the Peace Cross.

The parks commission and the Legion separately defended the memorial before the Supreme Court. The commission urged the courts to rule on narrow grounds, saying the monument does not draw an explicit connection to Christianity — rather it evokes European battle cemeteries, where crosses are regularly used as headstones. What’s more, the monument itself features other secular symbols like the seal of the Legion, and it situated among other battle memorials.

All told, the history, context, and features of the memorial dilute whatever religious content the Peace Cross might have, the commission says.

But the Legion took a bolder position, saying the courts should permit sectarian displays like the Peace Cross provided they do not proselytize or coerce onlookers into religious observance. 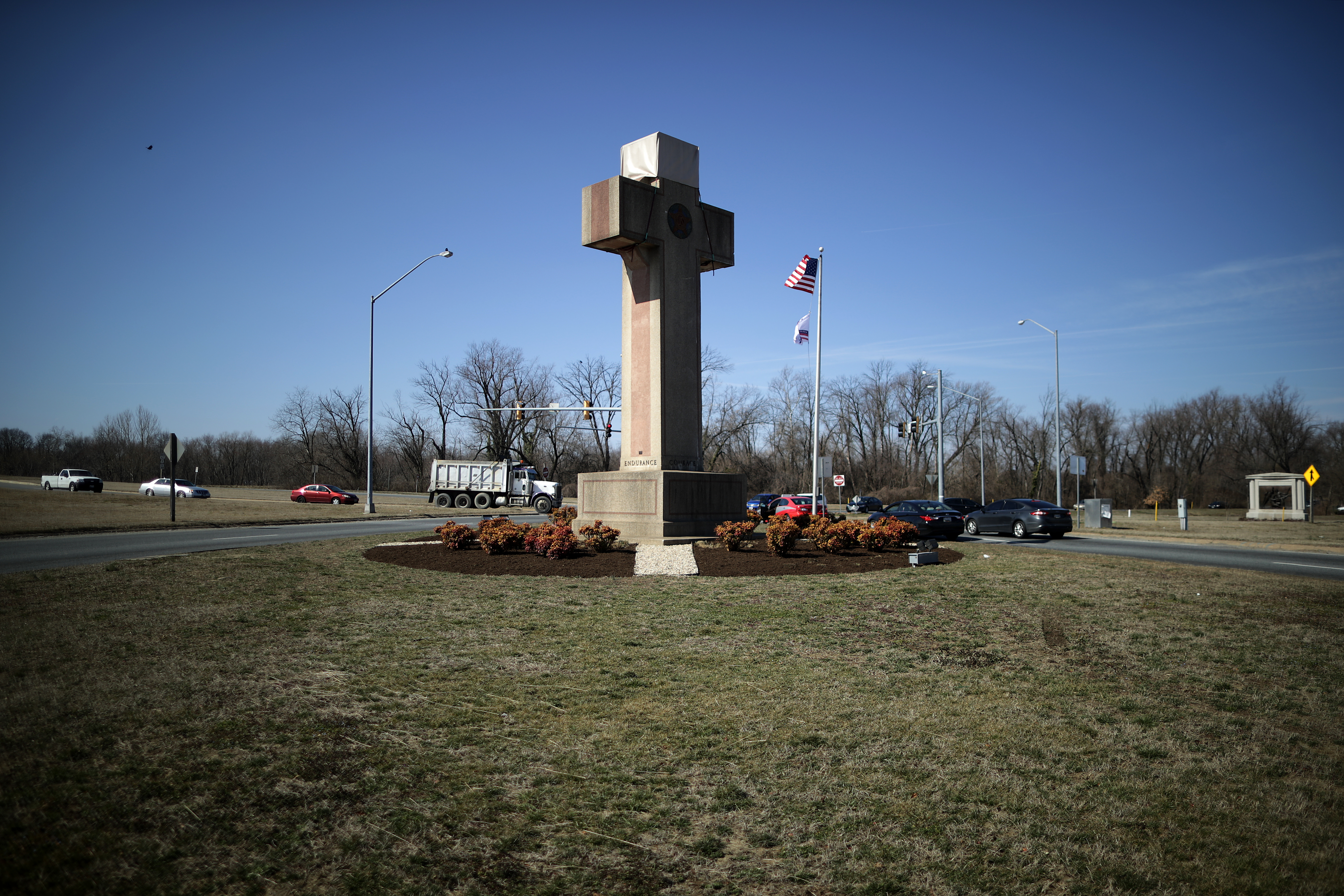 The dispute called into question the continued viability of the 1971 Lemon v. Kurtzman ruling, which created a complicated three-part test for determining when church and state are unconstitutionally mingled. Lemon has long been subject to criticism from a wide range of sources.

In Thursday’s decision, the Court declined to explicitly overrule Lemon, instead analyzing the Peace Cross in light of history and tradition. In a section with far-reaching implications for public religious imagery raised in the distant past, the Court said that the passage of time “gives rise to a strong presumption of constitutionality.”

“When time’s passage imbues a religiously expressive monument, symbol, or practice with this kind of familiarity and historical significance, removing it may no longer appear neutral, especially to the local community for which it has taken on particular meaning,” Alito wrote. “A government that roams the land, tearing down monuments with religious symbolism and scrubbing away any reference to the divine will strike many as aggressively hostile to religion.”

In that vein, Alito elsewhere noted that the meaning of certain symbols changes over long time horizons, citing widespread despair over the Notre Dame fire in April as evidence that religious structures retain resonance in secular settings.

“The recent tragic fire at Notre Dame in Paris provides a striking example,” Alito wrote. “Although the French Republic rigorously enforces a secular public square, the cathedral remains a symbol of national importance to the religious and nonreligious alike. Notre Dame is fundamentally a place of worship and retains great religious importance, but its meaning has broadened. For many, it is inextricably linked with the very idea of Paris and France.”

The justices did, however, repeat familiar criticisms of Lemon, noting that the Court has ignored it altogether in related disputes over prayer before town board meetings and a statue of the Ten Commandments at the Texas statehouse. Justice Elena Kagan, who agreed that the Peace Cross is constitutional, declined to join portions of the Alito opinion criticizing Lemon, saying the decision’s “focus on purposes and effects is crucial in evaluating government action in this sphere.”

“We are grateful for this historic victory for the First Amendment,” said Michael Carvin of Jones Day, who represented the Legion alongside the First Liberty Institute. “This decision simply affirms the historical understanding of the First Amendment that allows government to acknowledge the value and importance of religion.”

Still, some conservative court-watchers hoped the justices would use the Peace Cross case as an opportunity to bring order to the high court’s famously confused jurisprudence on religion in public life.

In a separate opinion, Gorsuch and Justice Clarence Thomas said the lawsuit should be dismissed for lack of standing. Gorsuch argued that plaintiffs should not be allowed to bring cases challenging religious displays simply because they find them offensive. The plaintiffs in Thursday’s case said their frequent contact with the Peace Cross left them feeling alienated from their own community. (RELATED: Supreme Court Dodges Dispute Over Christian Baker, Same Sex Wedding)

“In a large and diverse country, offense can be easily found,” Gorsuch wrote. “Really, most every governmental action probably offends somebody. No doubt, too, that offense can be sincere, sometimes well taken, even wise. But recourse for disagreement and offense does not lie in federal litigation.”

In dissent, Ginsburg said the cross symbolizes the central theological claim of Christianity, the death and resurrection of Jesus Christ. As such, its appearance on public land necessarily gives precedence to Christian belief. The justice said there were easy remedies available, like transferring ownership of the land on which the Peace Cross sits to the American Legion.

“Recognizing that a Latin cross does not belong on a public highway or building does not mean the monument must be ‘torn down,’” she wrote. “In some instances, the violation may be cured by relocating the monument to private land or by transferring ownership of the land and monument to a private party.”

Ginsburg read her dissent from the bench Thursday, a seldom used privilege meant to signal profound disagreement with the Court’s holding.