President Trump’s speech Tuesday at the United Nations was powerful. Not just for its high intellectual quality. Or the firmness with which he delivered it. Gone was the credit-taking. The score-settling. And all the other occasional flourishes which offend certain observers. (For me, they just mark out Trump as a fellow native of Queens, N.Y.)

This time Trump stuck to the text he’d approved. He spoke of high principles in the tone of a seasoned leader. And the vision he laid ought to inspire us. He grounded it in the broad, deep Western tradition of patriotism, prudence, and Christian concern for human dignity. Trump spoke wisely and solemnly of the threats to all those virtues. And of attacks on the freedom that makes them even possible. He singled out threats to innocent human life in the womb, and to basic religious liberty. 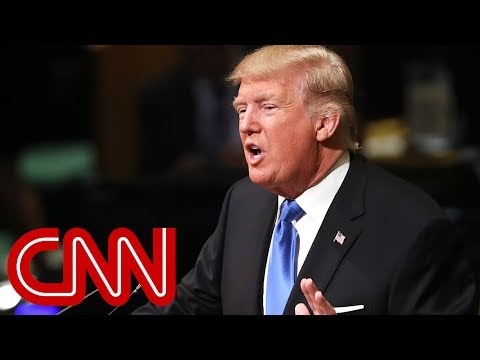 I will lay out the key passages of Trump’s remarks. Then I will contrast them with what Pope Francis has said on similar topics. The divide is stark and important. The views of the leader of the world’s most powerful government on the one hand, and those of the earth’s largest church on the other. They’re very different. And on each issue, I must sadly conclude that Trump is mostly right, and Francis mostly wrong.

On that first issue, globalism vs. patriotism, Trump said:

We believe that when nations respect the rights of their neighbors, and defend the interests of their people, they can better work together to secure the blessings of safety, prosperity, and peace.

Each of us here today is the emissary of a distinct culture, a rich history, and a people bound together by ties of memory, tradition, and the values that make our homelands like nowhere else on Earth.

That is why America will always choose independence and cooperation over global governance, control, and domination.

I honor the right of every nation in this room to pursue its own customs, beliefs, and traditions. The United States will not tell you how to live or work or worship.

We only ask that you honor our sovereignty in return.  ….