What Did This Year’s March for Life Really Look Like? Josh Shepherd / The Stream On January 18, 2019, Linda Molloy (left) and her co-workers from Holy Redeemer Hospital in Meadowbrook, Penn. attended the 46th annual March for Life. An estimated 250,000 people participated in what is regarded as the largest ongoing annual human rights demonstration worldwide.

With slanted coverage in mainstream media, many missed the true stories of an estimated 250,000 people who sacrificed to march under the banner “pro-life is pro-science.”

On Friday, an estimated 250,000 people braved winter temperatures in Washington, D.C. to rally together at the 46th annual March for Life. The pro-life march is held annually in protest of the Roe v. Wade decision issued by the Supreme Court on January 22, 1973.

Vice President Mike Pence and his wife Karen made a surprise appearance at the rally. “We gather here because we believe as our Founders did,” said Pence, as the crowd cheered and waved pro-life signs. “That we are, all of us, born and unborn, endowed by our Creator with certain inalienable rights.

“First among these rights is the right to life.”

Fundamentals of Life vs. “Fake News”

“We need to come back to the fundamentals of this debate,” Daines told The Stream in an interview. “Every human life must be valued. Every human life has great worth and must be protected.” Former Planned Parenthood clinic director Abby Johnson also shared her story.

In another example of poor reporting, an initial USA Today report began: “More than a thousand anti-abortion activists gathered…”

In a prime example of poor reporting, an initial USA Today report began: “More than a thousand anti-abortion activists gathered…” Though since corrected, such coverage detracted from the message of the march and its diverse participants.

“Even though we have different backgrounds and even different faiths, we all come here for the same reason,” said Washan Sabunshy, a Muslim woman from Minneola, Florida who attended the march. “We all believe it’s wrong to kill innocent babies. I know it’s a very touchy subject, but there is nothing more innocent than babies.” 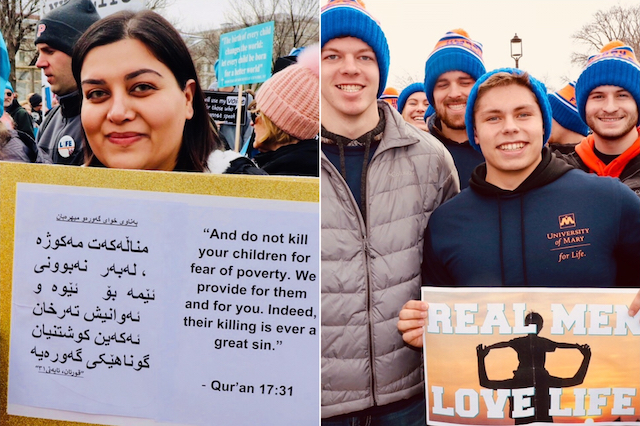 A diversity of pro-life signs were on display at March for Life 2019, including from Washan Sabunshy (left) of Minneola, Fla. and a group of young men from University of Mary in North Dakota.

The majority of the crowd hailed from Roman Catholic dioceses. One of few non-medical and non-political speakers at the rally was Knights of Columbus Supreme Knight Carl Anderson. He introduced a video revealing how the Catholic service organization had recently placed its 1,000th ultrasound service in a clinic. 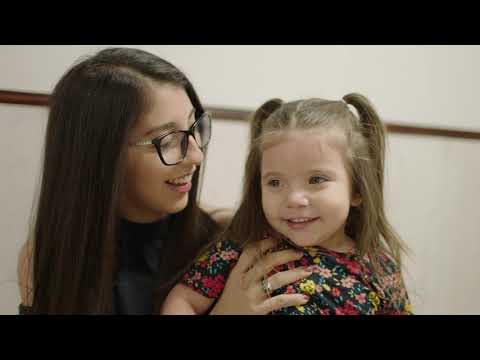 Fifty yards from the stage, Linda Molloy began to cry as the video played. 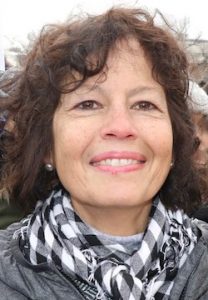 A medical technician from Meadowbrook, Pennsylvania, she commented later on her outpouring of emotion. “To see the ultrasound machines in these pregnancy centers was very moving,” said Molloy. “In the Catholic hospital where I work, we take care of one-pound babies.”

“I’ve come with my friends from church for about 15 years,” she added. Molloy noted what has changed since then. “We’re seeing more people recognize that life begins in the womb and God created us all.”

By contrast, college student Eric Teren said this was his first March for Life. “It’s a really hot topic,” said Teren. “Fear sidelines some people in my generation from speaking out. But you don’t have to be afraid. We celebrate life and gain a lot from coming around people who believe the same thing.” 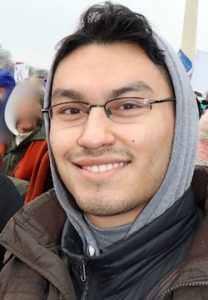 Teren came with his father Ponce and aunt Sandra Anaya-O’Brien, who wore a scarf emblazoned with religious icons. They traveled on a bus to the rally with forty others from their Catholic church in Rockville, Maryland.

“Respecting life is a very core Catholic belief,” said Anaya-O’Brien. “We didn’t just stumble into this. It’s fundamental to our faith.” Having earned a biology degree, she currently works in health care — and noted that her faith and work are not in conflict.

“Everyone has always thought Catholic beliefs go against science, but that is not so,” said Anaya-O’Brien. “Science shows how life begins at conception. You cannot deny that truth.”

People of other religious traditions rallied alongside the many Catholics. These included Ross Schriftman, a Jewish man from Philadelphia who came for the first time.

“We are missing parts of the next generation,” he said. “Look at famous people who have done wonderful things, like Martin Luther King Jr. Suppose he had been aborted. What would have happened to the civil rights movement?”

Washan Sabunshy from Florida carried a sign with a Quran verse on one side and a Mother Teresa quote on the reverse. “We believe a soul is breathed into the baby at forty days,” said Sabunshy, explaining Islamic beliefs. “Yet life starts at conception, when the sperm and egg meet together. And it is wrong to kill the innocent.” 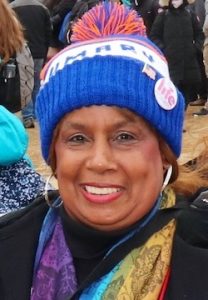 She emphasized how human rights undergird their stand. “People use the argument that they have the right to choose if the baby lives or dies,” said Sabunshy. “But it’s separate from a woman’s body. The baby has its own life.”

Elsewhere in the growing crowd, Reverend Lalita Smith of Argyle, Texas admitted the marchers clearly had a white majority. The prayer ministry leader deduced why there was a disconnect.

“In our African American community, people don’t understand Planned Parenthood was established to eradicate the black race,” said Smith. “I want to bring awareness to the real truth behind what the abortion industry was set up to do. If they knew that, they’d be out here in angry full force.” 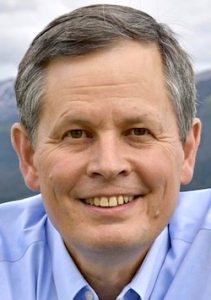 Reports were mixed on the degree to which pro-life policy is advancing. Many noted their concerns about the divided Congress. Others emphasized recent accomplishments.

“Look at the outcomes of President Trump working with this Republican-led Senate,” said Senator Daines. “It has produced overall the most significant advancement of the pro-life cause that we’ve ever seen. The administrative actions the President has moved forward on combined with the conservative judges we put on the bench — it’s been a great team.”

Moving forward, however, Daines noted his effort to get 49 Senators on a letter to the President. They urged him to veto any House legislation that would undermine protections for lives in the womb. In a video message to attendees, President Trump made that commitment.

Following the rally, hundreds of thousands waving banners and signs marched to the Supreme Court where the fateful Roe v. Wade decision was handed down. Many prayed at the high court, including some with red tape over their mouths and the word “life” handwritten in black.

“Everyone has always thought Catholic beliefs go against science, but that is not so. Science shows how life begins at conception. You cannot deny that truth.”
– Sandra Anaya-O’Brien

Later, some met elected officials to make their case. Ross Schriftman from Philadelphia reported that he spoke with staff members of ten different U.S. Senators. His message? “Abortion is not women’s health,” said Schriftman. “It does so many damaging things, emotionally and physically, in the long run.”

“Women should be supported rather than coerced into having an abortion.”

The Big Picture of Human Rights and Dignity

For Washan Sabunshy, originally from the Kurdistan region of Iraq, she pointed to a bigger picture. She mourned the ongoing persecution of her people of origin, the Kurds — including new threats in Syria.

“Everybody who is here marching for innocent babies should know one thing,” said Sabunshy. “Along with the babies killed through abortion, there are a lot of other innocent children being killed for the simple fact of their ethnicity. That’s something they are born into and have no control over.”

“I hope people take this to heart.”

March attendees were well aware that their stand against abortion would be challenged in the wider culture. New polling shows Americans increasingly reject the term “pro-life,” though on policy specifics some consensus is emerging.

“Much of the Jewish community is pro-choice,” said Schriftman, himself Jewish. “It has to do with not telling women what to do and the idea of empowerment. But the more I’ve looked at it, it’s not empowering to destroy life. The power of women is to create life.”

Explore The Stream’s full coverage of life and human dignity issues and sign up for our weekly e-newsletter.