Women: To Work or Not to Work? by Carrie Gress Abortion clinics can change the viewpoint of entire communities, a pastor who is working to outlaw abortion locally says.

So far, six towns in Texas have banned abortion clinics with his help, and cities and towns in other states have shown an interest in doing the same.

Pastor Mark Lee Dickson says he sees a difference, for example, between Shreveport, Louisiana, a large city where an abortion clinic operates, and places such as Waskom, Texas, where abortion culture hasn’t taken hold.

Dickson, 34, is not only the pastor of SovereignLOVE Church in Longview, Texas, but also director of Right to Life East Texas. Along with Texas Right to Life, a separate pro-life group, his organization works to outlaw abortion one town or city at a time. His website is called Sanctuary Cities for the Unborn. 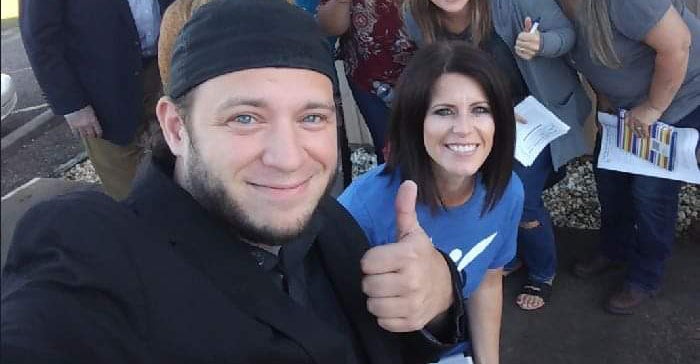 Pastor Mark Lee Dickson strikes a pose Tuesday outside the city hall of Mount Enterprise, Texas, one of the towns that some residents hope will become a “sanctuary city for the unborn.” (Photo courtesy of Mark Lee Dickson)

Kathaleen Pittman, administrator at the abortion clinic in Shreveport, Hope Medical Group for Women, argues that the primary reason women get abortions is finances.

“They simply can’t afford another child,” Pittman said in an email interview with The Daily Signal. “The majority of women we see already have one or more children.”  ….