I know that your organization, Movie To Movement, is part of the team promoting Unplanned. And the author of the book it’s based on, Abby Johnson, is a friend. What is it about the movie that works for you?

Roger Ebert famously called films “empathy generating machines.” Unplanned is a powerful, tragic, beautiful, hope-filled instance of that. It is impossible to leave the theater without a profound understanding of how painful abortion is for women. And of the unspeakably violent nature of abortion. But as a film it works. That’s because it simply and courageously tells the story of a young women’s commitment to living a kind and just life in our fallen and confused world. It is a work of daring impiety to the gods of our city. Of Hollywood, the Main Stream Media and the Democrat party. 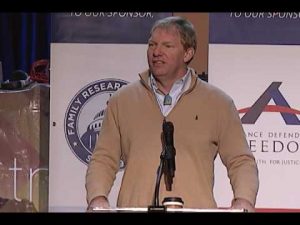 Why do you think it’s resonating with audiences?

Unplanned is Abby Johnson’s “hero’s journey.” We follow Abby from the ordinary world of young women faithful to the morals and manners of acceptable society. Then through her sorrowful struggle with the reality of abortion. And finally, to an authentic commitment to justice.

She starts out committing her life to help women. The only problem? She thinks she can do that by making sure they have access to “safe and legal” abortions. For years she does that. Then she witnesses a surgical abortion for the first time. Only then can she can begin to see the truth. That the “services” she has been fighting to provide women … are hurting them. She reflects on how devastatingly painful her own abortions were. The film resonates with audiences because Abby’s story is our story. We have all been wounded by abortion. Some of us directly. Others through sharing the suffering of wives, sisters, mothers and friends. Abby’s story offers hope to those of who feel trapped by our past mistakes. … Unplanned gives us courage to stand against popular lies, in defense of human dignity.

How Big an Impact?

Before it even came out, you said that this movie could be the Uncle Tom’s Cabin of the pro-life movement. What signs have you seen in the reaction to it that tell you if the movie’s impact will be of that magnitude?

I have seen several reviews and YouTube videos by young women who walked into the theater “pro-choice” and walked out “pro-life.” Only time will tell if the film turns the heart of our nation. Look to see if the pro-life movement has renewed energy. If it gains increased influence in the Republican Party and even the Democrat Party.

How did you come to found Movie To Movement, and what’s its mission?

I founded Movie To Movement following the success of my first film Bella. It was through Bella that I saw the power of telling true stories beautifully through film. How it could changing hearts and minds, and even save lives. In the years after Bella’s release, more than 1,000 women who’d been in crisis pregnancies. They told us that our film had inspired them to chose life. Sometimes I still get updates on Facebook about those “Bella babies.” I’ve even been blessed to meet some. The mission of Movie To Movement is to harness the power of film to promote the incomparable beauty of the person and inspire solidarity with the vulnerable.

So you’ve helped to promote a long list of pro-life films. Can you name a few of the best, now available on video? Ones which maybe didn’t get the viewership they deserved? I bet we could get people who liked Unplanned watching and sharing some of these classics.

There are so many films that convey the truth about abortion. Everyone can go on YouTube and watch two of my personal favorites. 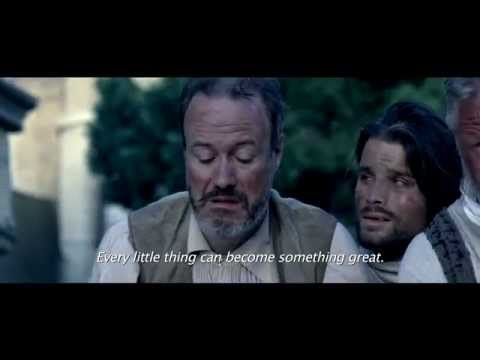 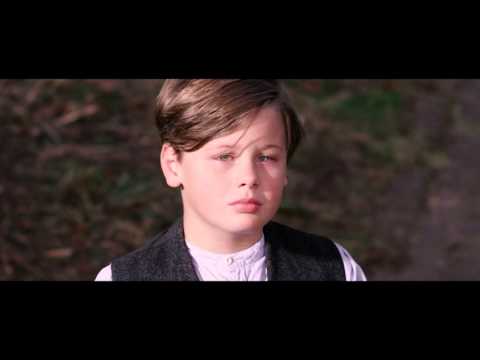 Both of those short films can be screened for churches and pro-life or student groups without a fee.

Three of my favorite “pro-life films” don’t pass my wife’s strict family friendly test: Juno, Young Adult and Waitress. Waitress was written and directed by Adrienne Shelly. She meant it as an exercise to try to understand why as a pro choice feminist she could not bring herself to have an abortion. Even though she did not love the man who got her pregnant. And she was afraid of having a child. The end of the film is one of the most beautiful scenes in Hollywood history.

Candidly, why did some of these films fail to accomplish what Unplanned has? That is, make it onto a lot of screens, and have strong opening weekends?

Why films succeed is a mystery. If that mystery could be solved, the big studios would have figured it out long ago. You know, most studio pictures lose money. But why some films fail is not a mystery. There is a bizarre notion that many first time faith-based filmmakers get in their heads. They imagine they can hide their light under a bushel basket and the world will flock to their movie. If only our film is not labeled “pro-life” or “Christian” then we can be a success and reach beyond the choir. That’s a fantasy.

The truth is that the path to reaching beyond the choir is through the choir. Do you want to reach beyond a niche market or affinity group that a film resonates with? That’s simple — make the film a total sensation with your target affinity group first. Then the rest of the world will take notice and go see your movie. Unplanned’s producers never ran from the pro-life movement. They ran to us. The pro-life movement reciprocated by making the movie Number Four in the country. Unplanned is more than a pro-life movie. But the story of Abby Johnson is also the story of the pro-life movement. The producers and their marketing team showed the courage not to run from their affinity group. Now the choir is singing in harmony and the entire world can hear.

It’s easy to blame film failures on the (very real and implacable) hostility of the Mainstream Media and Hollywood to the pro-life message. But what are some of the worst mistakes you’ve seen pro-life filmmakers blunder into in the release of their films?

There is one simple mistake I see over and over in genre films. I said it above but I will restate it: the key to reaching a broad audience runs through not around your affinity group. Ask Tyler Perry.

What did the makers of Unplanned get right?

They told a simple story beautifully. They did not run from the fire but through the fire. Having courage in your marketing is as important as having courage in your storytelling. The filmmakers and their team never flinched. The storytellers demonstrated the courage of their brave protagonist, Abby Johnson.