Art Laffer: I’ve been on the inside of all of these crises since Nixon

Angry Republicans are blaming Democrats for holding up a $1 trillion stimulus package meant to provide relief to Americans and businesses amid the coronavirus crisis, but the man whose economic theory became a cornerstone of Ronald Reagan’s revolution hopes the plan will die. 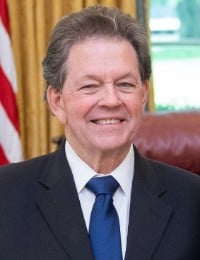 Art Laffer, in an interview Monday with Fox News, called the bill a “helicopter money proposal” of handouts that has a bad track record historically.

“It never works, it just causes the problem to get worse and worse,” said Laffer, known for his “Laffer curve.”

“You don’t tax people who work and pay people who don’t work and expect more work,” he said.

Laffer noted he’s “been on all of these crises on the inside, from Nixon in 71-72 … through Jerry Ford, up to the present.”

And he suggests guaranteeing or granting liquidity loans to businesses to help them stay afloat.  ….