The choir sings at Christmas Eve Mass at the Xuanwumen Catholic Church in Beijing in December.PHOTO: WU HONG/REX/SHUTTERSTOCK/EUROPEAN PRESSPHOTO AGENCY

Pope Francis has decided to accept the legitimacy of seven Catholic bishops appointed by the Chinese government, a concession that the Holy See hopes will lead Beijing to recognize his authority as head of the Catholic Church in China, according to a person familiar with the plan.

For years, the Vatican didn’t recognize the bishops’ ordinations, which were carried out in defiance of the pope and considered illicit, part of a long-running standoff between the Catholic Church and China’s officially atheist Communist Party.

The pope will lift the excommunications of the seven prelates and recognize them as the leaders of their dioceses, according to the person familiar with the situation. A Vatican spokesman declined to comment.

The decision reflects the Holy See’s desire for better relations with China—where Christianity is growing fast, though mostly in the form of Protestantism—and for an end to the division between the government-controlled church and a larger so-called underground church loyal to Rome. Catholics are estimated to number from 9 million to 12 million, while Protestants run from 40 million in some studies to two or more times that number in the estimates of some missionary groups.

The pope’s conciliatory approach stands out at a moment when China is tightening its grip on religious practice under the more assertive leadership of President Xi Jinping.

Many Catholic parishioners and priests in China have shunned state control and state-appointed bishops to keep faith with the Vatican. Believers have been imprisoned, harassed and otherwise persecuted.

The bishops approved by the Beijing-backed Chinese Patriotic Catholic Association are seen as more willing to toe the government’s line, or even to support a Chinese Catholic Church free of the Vatican’s influence. Several of the bishops are members of a government advisory body controlled by the Communist Party.

Some in the church see a rapprochement with an increasingly powerful Beijing as necessary for maintaining influence in China. Cardinal John Tong, who until August was bishop of Hong Kong, called a rapprochement the “lesser of two evils” last year in an influential essay.

The Vatican has told Beijing informally of the pope’s decision, which he has yet to sign into law, but which could be announced this spring, according to the person familiar with the situation. 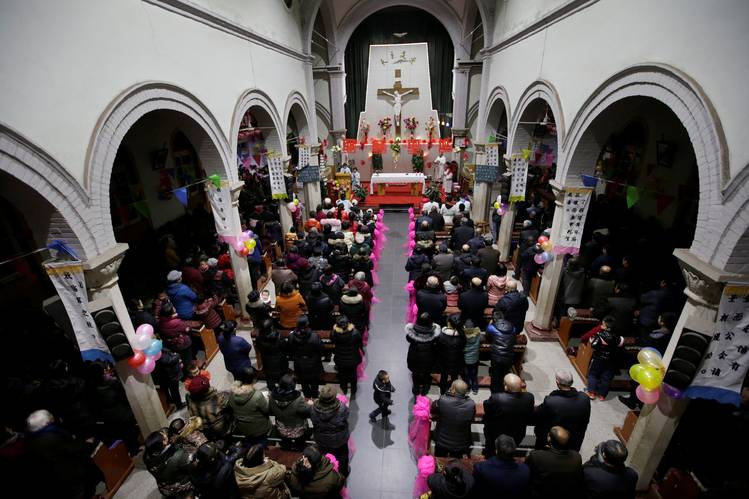 Villagers pray during a Christmas eve mass at a Catholic church on the outskirts of Taiyuan, in China’s Shanxi province, in 2016.PHOTO: JASON LEE/REUTERS

It would then be up to Beijing to accept a proposed agreement giving the pope veto power on future bishop candidates, whom he would approve or veto after their selection by the Chinese government. Beijing’s major condition for that agreement has been that the pope recognize the seven bishops, the person said.

The pope’s recognition of the seven bishops would resolve a headache for Beijing, which has refrained from appointing bishops without Vatican approval in recent years, in part to show good will and avoid the negative publicity, said Anthony Lam, executive secretary at the Catholic Church-run Holy Spirit Study Centre in Hong Kong.

The Chinese Patriotic Catholic Association, the government body that oversees China’s Catholics, referred requests for comment to the government’s State Administration for Religious Affairs, which in turn didn’t respond to faxed requests.

The Vatican secretary of state, Cardinal Pietro Parolin, told the Italian daily La Stampa this week that a deal on bishop appointments would remove the major impediment preventing Chinese Catholics “from living in communion with each other and with the pope.” 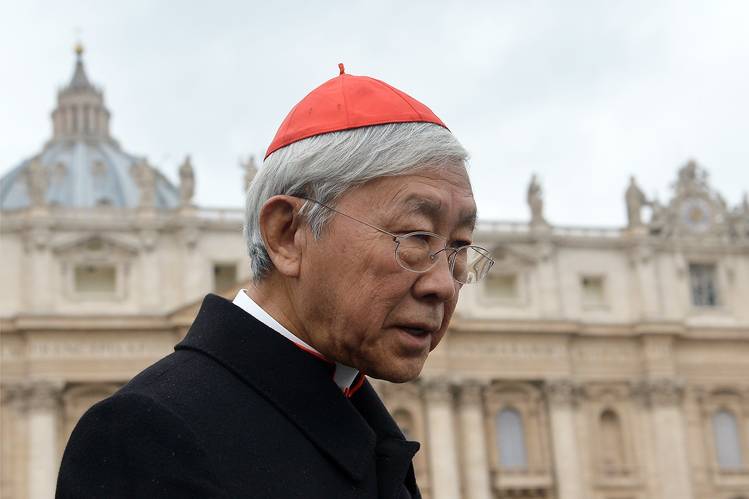 Beijing broke off diplomatic relations with the Vatican in 1951. Since the 1980s, they have cooperated informally to agree on most bishop appointments, but the government has periodically appointed bishops without Vatican approval.

Vatican officials fear that failure to reach an agreement will lead Beijing to appoint many more bishops on its own, widening the divide with Rome and with Chinese Catholics outside the government-backed church, the person familiar with the decision said.

On the other hand, a deal would represent a breakthrough: the first official recognition by the Communist government of the pope’s jurisdiction as the head of the Catholic Church in China.

An agreement on bishop appointments would leave unresolved other major questions about the Catholic Church’s status in China, including the position of more than 30 bishops recognized by Rome but not by Beijing. The re-establishment of diplomatic relations between Beijing and the Vatican would remain a distant goal.

In December, Vatican officials traveled to China to ask bishops in the dioceses of Shantou and Mindong who shun the government-controlled church to step down in favor of government-appointed bishops. They are the first two “underground” bishops to be asked to take such a step.

The Vatican’s actions drew criticism from Cardinal Zen, who traveled to Rome last month to make a personal appeal to the pope over the two bishops being asked to step aside.

Cardinal Zen said he still hopes to rally enough public pressure to get the Vatican to put the negotiations on hold, “even if someone condemns me as the great sinner” for his efforts.

Phone calls to the Shantou and Mindong dioceses weren’t answered on Thursday.

A Chinese Foreign Ministry spokeswoman said at a regular media briefing on Wednesday that the government wants to improve relations with the Vatican, but that she had no information on the two bishops asked to step down.

Write to Francis X. Rocca at francis.rocca@wsj.com and Eva Dou at eva.dou@wsj.com