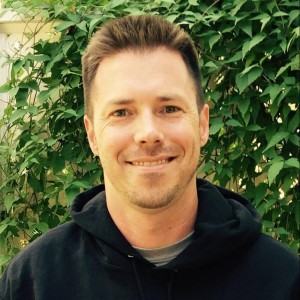 I was an early devotee of minimalism. When my wife and I met in 2008 I was sleeping Japanese-style on a futon mattress-topped tatami mat on the floor in the bedroom of my apartment. Moving in after we got married at the age of 30, everything I owned fit into a Honda Civic.

I was only a couple years ahead of the minimalist movement, and of course some of it was due to budget, to being single and mobile. Living simply was not a bad thing either – I had divested myself of a lot of “stuff” when I moved into a space the size of a small schoolbus, and it was cleansing to see how little I could live with in the way of possessions.

The future belongs to restoration

But now I am going to make a prediction – restoration of homes and personal items is going to trump renovation in the near future. Grandparents dying and Baby Boomers downsizing, trying to foist things off onto their Millennial children who “don’t want their stuff” is creating a pennies-on-the-dollar flood of furnishings on Craigslist and thrift shops. The craftsmanship is unparalleled, but the styles are passé. Young people prefer particleboard to hardwood, white to walnut, and sleek to plush, so the demand for old things is not there.

I am not so young anymore. Yes, my parents were like many Baby Boomers who cut their square footage in half and had been holding things to hand on to their kids with that we did not particularly want. Thankfully, the timing was such that we were moving into a bigger space as my parents were moving into a smaller one. My wife’s great aunt gave us a massive Japanese china set. We needed a China cabinet for it, and I found a beautiful one at a thrift store for next to nothing. I would say 80% of our house is furnished with items that were free on Craigslist or given to us by my parents when they downsized, and it all seems to go well together. The motif is more traditional. Our house was built in the 50’s. It is cozy, a little messy, and feels nice and lived in. There are toys everywhere, toys people give us, Christmas and birthdays presents, etc. We bought virtually none of these. It is a kind of organized chaos. The situation reminds me of the proverb: “Where there are no oxen, the manger is empty, but from the strength of an ox come abundant harvests” (Proverbs 14:4).

What goes around, comes around, they say – what is out today is en vogue next year. My prediction? Mid-century styles are going to make a comeback. IKEA will still have its place among college students and transients. But somewhere, at some point, people are going to wake up in their white room, white couch, white bed, clean, dustless, childless, quiet, modern home and experience a curious longing for the forgotten comfort of grandmother’s delicate tea sets, grandfather’s tan armchairs, the soft yellow glow of incandescent lightbulbs, and yes, maybe even the extravagance of a mahogany China cabinet. But these things will not be there anymore except in the highest-end antique shops.

The future of faith

Analogously, I fear that the Faith I am caring for, trying so carefully to preserve in our family life as my children are young, will be rejected when they come of age. “Sorry dad,” they will say, “we don’t want your stuff.” An old missal, a Rosary polished from years of prayer – they will become like cherry armoires and cast iron cookware: of no perceived use to them. I pray that this never happens.

Everyone has his preferred style, but there is something to be said for a quality handmade chair, an old stone church, a set of steel hand tools; they carry with them a memory, a legacy, and a history. Non-denominationalism is the IKEA of worship and architecture today. It is modern, sleek, relevant, and sterile, but its roots are shallow, its foundation is shakier than that of a vinyl-clad townhouse.

In the secular arena, modern progressives destroy everything they touch. They tear down with no real cohesive or intelligent plan to rebuild. They demolish the family and religion, statues and monuments, traditional sexual mores. They are impatient and content to slap up temporary shanties until they can figure out what comes next. Social change cannot happen fast enough: out with the old, in with the new, until new becomes old and then gets carted off to the dump again.

But many good things get destroyed in the process, timeless things, priceless things – immortal souls, traditional families, rituals and connections to our past and our ancestors and predecessors.

My prediction goes beyond furniture and housewares, beyond trends and tastes and kitchen renovations. When we hit the modern bottom, when the demons start to tip the scales and become too powerful, when the non-denominational particleboard gets wet and warped, when the trans-everything nonsense hits fever pitch, a few will start to pine for an ancient faith. They will go online to order and meet up; they will seek but will not find meaning (cf. John 7:34) except in those pockets in which it has been preserved as the pearl of great price that it is, a soft glow of candles in stained glass windows in the darkness, shards of light reflecting off a gold monstrance in the sanctuary, the quiet ancient chant of plainsong beckoning behind thick solid wood doors. It will be exotic and intimidating, ethereal and forbidden, austere and arduous, foreign and yet completely familiar. The Faith of our fathers, the Faith handed down, the communion that takes place in real time – it will be both old and new.