Save the Baby Girls WASHINGTON, DC – May 17, 2018 – The former CEO of the Planned Parenthood abortion business Cecile Richards has received a top human rights award. The irony is not lost on pro-life advocates who understand that Planned Parenthood snuffed out the lives and denied the human rights of millions of unborn babies during her tenure as the head of the abortion company. 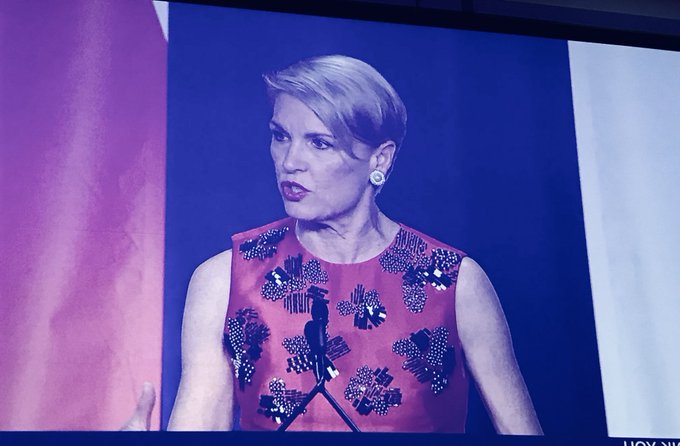 In 1961, Mrs. Hamer was diagnosed with a small uterine tumor, which she had removed at the Sunflower City Hospital. However, without first making her aware and securing her consent – and without any indication of medical necessity – the operating physician performed a full hysterectomy.

Mrs. Hamer later called her operation a Mississippi Appendectomy. It went on to become a popular reference to the involuntary sterilization of the poor, the physically disabled, and the feeble-minded, who – surprise, surprise – so often turned out to be black.

And that’s what makes Cecile’s more recent quote so insidious. It was the American Eugenics Society (AES) that pushed for and supported such racist practices as the involuntary sterilization of black women.

What does that have to do with our favorite group of abortionists today? Everything. Planned Parenthood’s founder, Margaret Sanger, was a member of the AES. She also demanded that Congress pass a law to regulate who would be allowed to have children. She called it a “baby code,” and included provisions that would have required married couples to apply for permits to have babies

Is it any wonder that Fannie Lou Hamer called government abortion and birth control plans a plot to commit black genocide? How can we believe Planned Parenthood today, when they say that those members don’t reflect the ideals of the current organization? It was Frederic Osborn – a founding member of the AES and Sanger’s Citizen’s Committee for Planned Parenthood – who wrote that “Eugenic goals are most likely attained under a name other than eugenics.”

Richards said her 12 years leading the nation’s largest abortion business have been “the honor of a lifetime.” Under her leadership, Planned Parenthood aborted approximately 3.5 million unborn babies and reaped in billions in taxpayer dollars.

At the same time, the abortion chain reaped in record profits, including billions in taxpayer funding, and maintained a corner on the American abortion market. It ramped up its political advocacy and attacked numerous efforts to protect unborn and born babies from abortion.

ACTION: Complain to the Leadership Conference on Civil and Human Rights by going here.