Melissa Mackenzie: Andrew Breitbart Was Right About the Media

Christine Rousselle: Meet the Kids Who Traveled 24 Hours On a Bus to Stand Up for the Unborn

If only he could have been in Washington this past week

I am at war with the mainstream media because they portray themselves as objective observers of reality, when they’re no such thing. They’re partisan critical theory hacks…  They have nothing but contempt for the American people. – Andrew Breitbart

Andrew Breitbart loathed the mainstream media. If you have any doubt about this fact, watch the following videos. He was disgusted by them and wasn’t shy about saying it. 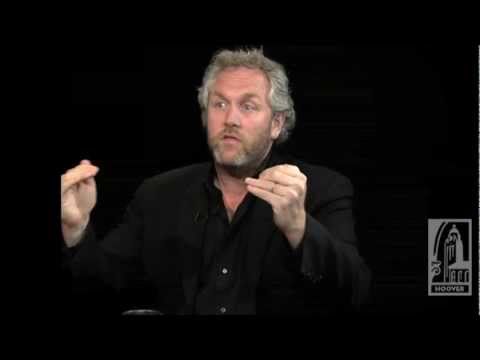 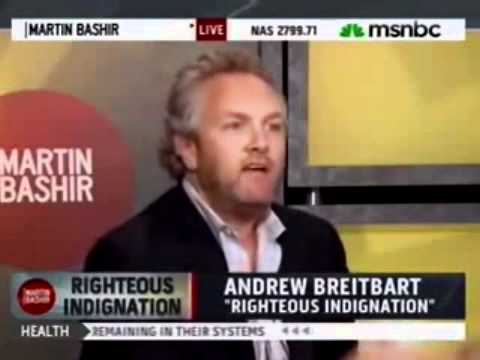 He called out the liars and frauds to their faces. 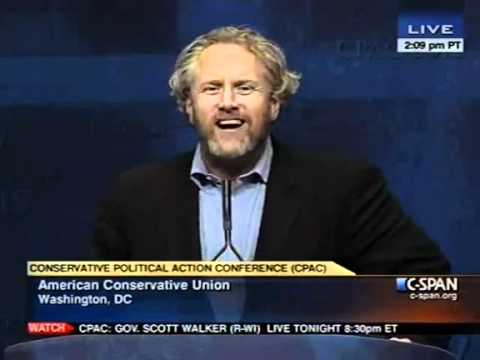 He knew, to his core, the mendacity pointed at ideological enemies of Leftist dogma. He ran flank for Tea Party leaders who were being investigated by every government department including the IRS, FBI, EPA, and more. He loved these people who the elites in both parties hated. He defended them.

He protected those who were willing to be apostates to the leftist cause including guys like Brandon Darby who thwarted a Lefty terrorist group who planned a bombing at the Republican National Convention, and Milo Yiannopoulos, a flamboyant anti-feminist gay man.

He promoted the brave and gave them platforms including Dana Loesch, Ben Shapiro, James O’Keefe, and Hannah Giles. He was famous for finding talented and fair-minded people and developing their gifts. [Full disclosure: He promoted my work and helped build my consulting business before I came to The American Spectator.]

Andrew was nothing if not righteously indignant. One of my most prized possessions is the galley copy of Righteous Indignation that he gave me to read before I helped him promote his work. It was my great joy to do so. A naturally talented writer, Andrew’s book is a story worth reading if you haven’t yet.

Most of all, Andrew was prescient. He saw the corruption in the media. He saw the utter malevolence of their intentions. He saw them as the enemy. I try to imagine the rage he’d be unleashing today, if he were here to see the media’s constant war against the truth. Andrew’s antipathy to the media was wholly rational. Many on his own side thought he was too extreme. They were wrong.

They declared war on us; we did not declare war on them. We have an obligation to fight back! – Andrew Breitbart

Why has it taken so long for the Right, and anyone interested in truth, to see the truth about the Lefty-dominated culture? Why are the purported “Bulwark” guardians of the Right defending the Left and the media, purveyors of falsehoods and slander?

One answer is that they hate Donald Trump. Even more, they hate the voters who voted for Donald Trump. In this way, their aims are perfectly aligned with the Left. Destroying Trump and his supporters is a shared goal, truth be damned.

The people who voted for Trump are right, just like Andrew was right.

Most of all, they’re right that they are reviled by their supposed public servants and treated like the dog that rolled in the mud and disrupted the garden party. They’re right that continuing in this contempt is unsustainable because their interests are worthy and they do deserve dignity and representation.

The March for Life, over one hundred thousand peaceful, diligent, joyful citizens, came out in the dead of winter, in the bleak coldness to bring light and warmth and life. They stood for the helpless and voiceless and without rancor highlighted the abomination that abortion is for both mother and child.

The media, utterly cynical and especially vicious when faced with innocence and the sweet idealism of religious and sincere people standing for what they believe, had to, had to, destroy them. The narrative of peace and love and kindness and gentleness of spirit simply could not stand. The sheer overwhelming numbers when compared to the tepid numbers of antisemitic Women’s March attendees, had to to be undermined. These devout people, the enemies of liberal orthodoxy, must be destroyed.

They found their foil: an Indian elder drumming in the face of a smiling white boy in a MAGA hat. Perfection. The boy must be evil. He’s wearing a Donald Trump hat. He could be made ash easily.

The opposition to the teenager was Nathan Phillips, who promptly went on TV to announce his victimhood. Except none of what he said was true. He wasn’t surrounded. No one yelled racial epithets at him (his friends yelled racial, homophobic slurs at Catholic boys, though). He claimed to be a Vietnam veteran (a lie).

The lie took hold, spurred on by the mendacious Left and the obsequious Right. These boys and their families are being doxxed (personal information made public), their church and school is threatened (they had to close today due to security threats), they’ve hired crisis public relations firms. They’re deciding whether to sue their defamers.

There’s no winning with the media. They hate Trump, yes. Who they really hate is the Trump voter. The “bitter clingers, clinging to their guns and religion,” as Obama said. The “deplorables,” as Hillary said. Those people. “Tea baggers,” said Obama and the media.

The thing is, this vileness didn’t start with Brett Kavanaugh or Covington Catholic.

The greatest rationale to become a Lefty is immunity to the rules they impose on the rest of us. The sanctioning of double standards and hypocrisy. – Andrew Breitbart

In the Tea Party era, John Lewis and his coterie walked through a group of Tea Partiers (rather than through the tunnels connecting the House and office buildings on the Hill) and then lied, saying that he was called racist names and spit upon — grievous assertions, despicable if true. But they were lies (lies that have never been corrected by McClatchy, by the way). Andrew Breitbart offered $100,000 to anyone who had video proof of the alleged incident. It didn’t exist, of course. Because the Left and the media were working to discredit a group of people they were convinced were racist.

At the same Tea Party where there were hours of soaring speeches and peaceful coexisting, the media from every major network was in attendance. I know, because I stood next to them. And while they lounged with their cameras running and recording, none of them broadcasted the images because it was benign. Meanwhile, I used my iPhone to transmit it live and for hours, between ten and twenty thousand people watched the feed because the media refused to cover it for them. They were waiting for something evil to be said. It never happened so they didn’t go live once. That was years ago.

The same non-reporting happened at the March for Life. Rather than cover the joyous day, there were moments focusing on baby Hitler. Then, the Covington kids.

Meanwhile, the first Women’s March was given non-stop coverage except for the dirty little anti-Semitic secrets. And lest we forget, one of the original Women’s March speakers was a convicted torturer and murderer of a man. None of that made the mainstream media. Because when it comes to Lefty activism, the media ignores or diminishes genuinely evil behavior. When it comes to the Right, the media seeks out something bad and if it can’t find it, makes it up.

And yet, in the face of the discrimination and marginalization, there’s rationalizations (the MAGA hat is a racist symbol — says who?!). The “experts” smirk at the mission to protect free speech and ideas guys like Jordan Peterson and Dave Rubin promote. The elite roll their eyes at Tucker Carlson and call him a populist, though he’s warning about the roots of populism and socialism. He points out the responsibility the callous elite hold.

The culture war was lost while conservatives sat on the sidelines. The Left advanced, bringing destruction, depravity, and excrement in their wake. Entertainment, education, and even most mainline Christian churches are lost, and still, the conservative intelligentsia fiddles.

My goal is to destroy the New York Times and CNN. – Andrew Breitbart

It might be a losing battle, but fighting this tsunami of disinformation and totalitarian group-think is one worth fighting to the death, because death is the end game no matter. These kids in MAGA hats had the right to wear them. They had the right to smile, for heaven’s sake. They have the right to be pro-life. They have a right to exist without having their lives torn apart. The same is true for Karen Pence, the Duke Lacrosse players, and Brett Kavanaugh. 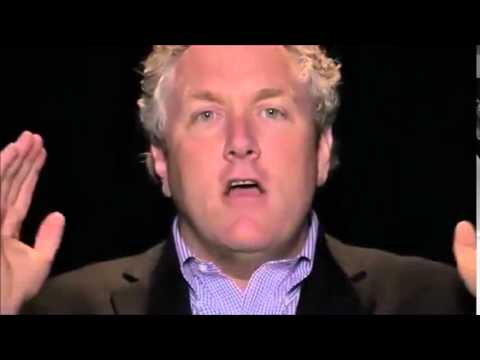