This summer, one of the most hotly discussed topics on Capitol Hill has been the opioid crisis. The term describes how illicit drugs and the misuse of prescription opioids have led to widespread addiction.

Nationally, the CDC has reported a spike in drug overdose deaths. Currently one in five deaths among young adults is linked to opioids. While fatalities from opioid painkillers such as OxyContin are now in decline, deaths from chemically similar illegal drugs such as heroin are rising.

Concern about this public health crisis crosses all political lines. Congressional leaders have responded to the fallout. State governors have taken action, with particular progress in Arizona and Michigan. In June, the Trump Administration launched an ad campaign to students on the dangers of opioids. (It was funded partly by President Trump donating his salary.)

New York Times reporter Barry Meier first uncovered this emerging crisis in 2001. His book Pain Killer outlined the complex factors at play by showing how one small Virginia town had been impacted. This spring, a fully revised version of Pain Killerreveals the current crisis and potential solutions. The proposals may be surprising coming from a New York Times journalist.

“This problem is not going to best be solved [by] government,” said Meier at The Hudson Institute last week. “It’s going to be best solved by companies, community leaders — by people like ourselves — who are going to demand that people who are in pain and people who are addicted receive good, compassionate treatment.”

After nearly 30 years at the Times, including winning a Pulitzer Prize for his reporting, Meier recently retired to pursue other writing endeavors. In an interview, he shares the personal stories behind the crisis… and signs of hope in America’s heartland.

The Stream: A lot of people may hear the phrase “opioid crisis” and not realize the number of lives at stake. What is the extent of this crisis over the past two decades?

Barry Meier: This crisis has ballooned over the past two decades. When I first started reporting on this in 2001, there were approximately 16,000 drug overdose deaths per year — particularly prescription opioids at the time.

Today, the number is 64,000 deaths per year. We’ve had a quadrupling of the number of people dying of overdose deaths. For many years, it was “catching up” to car crashes and other causes of accidental death; then it hit a point where it outstripped those.

The American lives lost to opioid addiction every year is like a plague had entered Lynchburg, Virginia, and wiped out the entire population.

What does 64,000 deaths really represent? It’s hard to wrap our brains around that figure. 64,000 is about how many people live in major cities like Portland, Maine, or Lynchburg, Virginia, or Santa Fe, New Mexico. The American lives lost to opioid addiction every year is like a plague had entered one of these cities and wiped out the entire population.

The Stream: You’ve reported on the personal stories at the heart of this crisis. Could you share about some of the people affected by it? 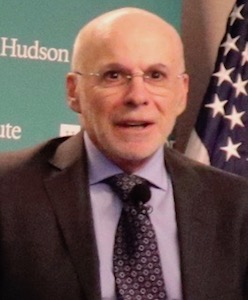 In Pain Killer, I report on the story of a young woman named Lindsay. She’s a very vivacious 17 year-old cheerleader at the high school in Pennington Gap, Virginia where the book is based. Lindsay falls prey to first experimenting with OxyContin, then her life starts to unravel as she becomes addicted.

Then you have people like her parents. They see a child fall prey to addiction. Then you have people like this wonderful doctor, Art Van Zee, who has served this small town for many years. He sees this chaos unfolding around him, as patients he treated as children become young adults addicted to opioids. He tries to stem the chaos and stop it from happening.

It’s a type of problem that doesn’t just involve people who become addicted or their parents and loved ones. It affects communities as a whole. In the case of Lindsay, she eventually got into drug treatment. She is still with us; but so many stories haven’t had a happy ending.

Hope for Change, Help for Those Facing Addiction

The Stream: In recent years, are there indications the opioid crisis is being reduced?

While 22 percent down is good, it’s still a fairly small chunk of the giant increase that we saw. But it is moving in the right direction, which is commendable. We want to make sure that people who do need these drugs, who benefit from opioid treatment, are receiving it. I’m not an advocate of banning these drugs.

In terms of the illicit market, there is this huge wave of deaths. There is no progress there. The third phase is: How do you deal with people who are addicted to these drugs? Whether they became addicted through legal or illicit use of opioids, helping them through is very difficult.

The Stream: In the panel discussion earlier, you stated that local communities rather than federal government should lead on solving this crisis. Why?

Meier: Government is a very crude tool, and it takes a long time to act. There are too many constituencies that can affect a government decision — whether lobbyists or whomever.

I believe that these issues are best dealt with locally, within communities or even within companies.

For instance, there’s not a big pharmaceutical lobby in Columbus, Ohio. Yes, they have lobbyists there. But there aren’t a hundred lawmakers who are financially dependent on the drug industry for their next election.

I believe that these issues are best dealt with locally, within communities or even within companies. A big company can tell its insurer: Hey, I am losing too many employees to opioid-related problems. They’re not coming back to work, or they’re addicted and not as productive. If you’re not going to provide my employees with alternatives, I’m going to find someone who will.

By bringing it to a local level, you can get results that you can’t get on a national level because you don’t have the hurdles, roadblocks and pushback.

Solutions from the Grassroots

The Stream: How will people of faith resonate with the narrative presented in your book?

Meier: The heroes of my book are people of faith. It’s not that I intended it to be that way. One of the main characters, Dr. Art Van Zee, is a man whose father was a minister. Dr. Van Zee decided that medicine was an act of service. For him, it wasn’t a way to gain a fortune. Even though he wasn’t from Appalachia, he decided to go practice there because he felt he could best serve people that way.

He is a model of what all of us should be, whether followers of a faith or agnostic or atheist. He is an inspirational person to me. There are two nuns in the book who were practicing sisters involved in parochial teachings and running schools. But they became alcoholics, and had to get treatment. As a result, they decided they would become substance abuse counselors. They ran the substance abuse recovery center in this town.

What people of faith can glean from this is that they are members of the community, just like the heroes in this book are. They can band together and bring about change at the local level. When I talked about companies being engines for change, or community leaders, religious leaders can certainly be as well.

I believe people of goodwill who want to see their communities get through this nightmare are the ones who can bring about the greatest change. While this is a very dark story in many ways, it’s also an inspirational one. It really is about people at the grassroots trying to create change.

Look for the new book Pain Killer by Barry Meier online and wherever books are sold. Watch the video below to learn more about opioid addiction.